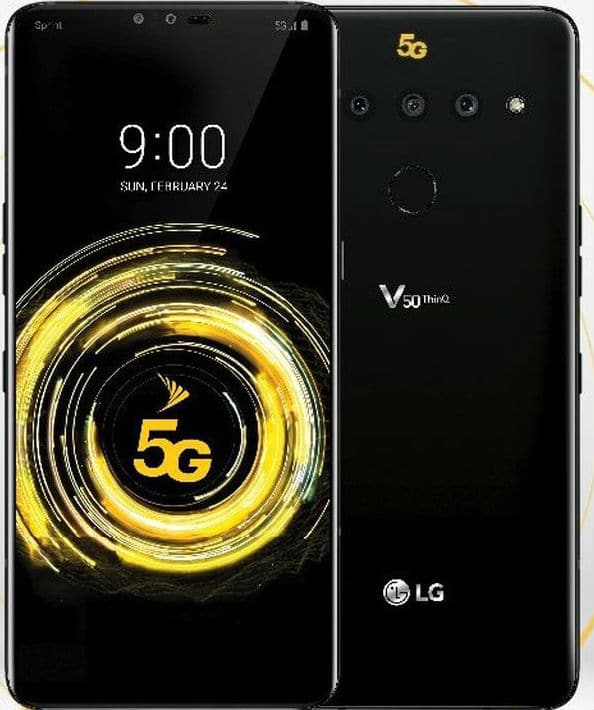 Looking at the latest smartphones, there’s no denying that there’s a techy aesthetic to the LG V50 ThinQ. This LG is a direct upgrade from its predecessor, the LG V40. The specs don’t lie: this device has been built to impress.

Many have already termed the LG V50 a multimedia powerhouse. Why? For one, it is fitted with a spectacular camera and comes with the new 5G capability. These features alone already make this model among the more futuristic smartphones of 2019. Of course, other upgrades help this phone stand out from the crowd.

When Is It Being Released?

As of now, LG hasn’t announced an official release date. This comes at a time when LG said that it will only release phones after a satisfactory period allocated for development. This was evident after what they did with other versions, such as the G7, V30S, V35, and V40. However, sometime this year, the phone is likely to be released in the US—many speculate that it may be during midyear. This is an average of about a year after the previous release date of the LG V40.

How Much Will It Cost?

Since there’s no official launch date, there’s also no official announcement that indicates the price. However, based on a few factors, a few people have made some educated guesses. Since the LG V50 is going to be upgraded with a spectacular camera and 5G capabilities, the average estimated price should be within the $1,000 territory.

The V50 will be LG’s first-ever 5G smartphone, so new phone owners will have the privilege to experience speeds up to 20 times faster than other 4G devices.

The new LG V50 seems to have a similar design to previous LG devices where the back feels smooth to touch. One of the key elements that LG announced about the V50 design is that the handset is IP68-rated and will have military-drop protection. Just below the fingerprint sensor and camera array, there are 3 pogo pins used to clip on the LG Dual Screen attachment. The screen is a 6.4-inch OLED QHD+ display. All in all, it will be incredibly hard to dislike the display feature due the richness and clarity the OLED and HDR playback bring.

This device is set to be released with a rear triple-camera array system, where the super wide camera will be 16mp, the standard will be 12mp, and the telephoto will be 12mp. Despite the richness-to-texture the standard camera displays, there’s still lacked distortion at the edges displayed by the wide-angle camera. The front-facing cameras consist of an 8mp standard camera and a 5mp camera. Generally, these cameras produce fine photos; however, some complain that the portrait mode may not work as best expected.

Looking on the other side, the LG V50 comes with a boosted battery life amounting to 4000mAh that can support the power required for 5G capability. The phone is also fitted with a Qualcomm Snapdragon 855 chipset that makes it run smoothly. This feature is the main reason why the V50 will be heavier and thicker than the V40, hitting the scale at 6.46 ounces and 0.33 inches.

Perhaps the most surprising feature about the LG V50 in comparison to other phone versions is the complexity of the interface. It may be somewhat confusing to some people. By swiping right, users can access a helpful menu and swiping down provides a handy search bar. The confusing part, though, would be the apps that come with the phone. Since most of them require a bit of time and patience to figure out, it makes the interface seem too complicated. The phone itself isn’t necessarily difficult to use, but all of these features do make it initially seem like there’s too much going on. The phone comes with a 6GB RAM that has an internal storage of up to 128GB. The external storage allows up to 2TB of storage space.

The LG V50 Thin Q seems to be a perfect fit for those looking to upgrade from a previous LG device.