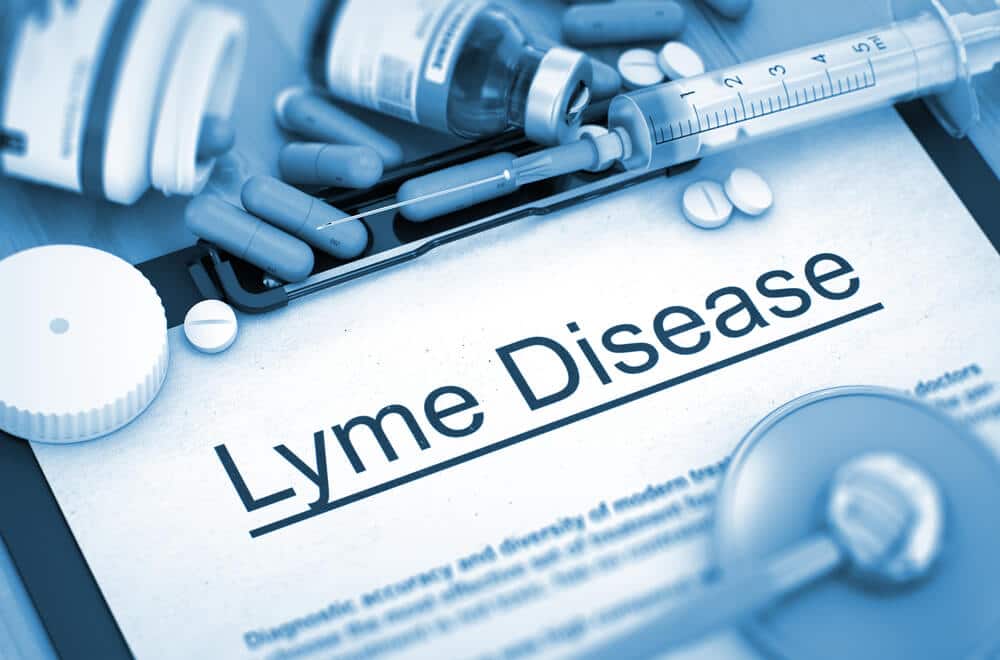 Lyme disease isn’t just something you read about in the papers or watch on the news; it’s one of the most common tick-borne diseases in the United States and Canada, with 300,000 new cases reported every year. The Center for Disease Control (CDC) estimate that 95% of Lyme disease cases remain undiagnosed each year, making it vital to know what symptoms to look out for so you can get medical attention as soon as possible if you feel something is off.

We cover all the symptoms of lyme disease from the initial rash through to post-treatment effects.

One of the first symptoms that will appear with Lyme disease? A large, circular rash that will likely not itch or feel painful. Around 70 to 80% of infected individuals will develop a rash at the site of the tick bite about a week after infection.

Not everyone develops a rash. Additionally, if the tick bite occurred on the scalp, the rash might not be visible.

If no rash is present, it’s still possible to notice other physical symptoms, like the following…

Within one to three weeks after infection, a low-grade fever, headache, and fatigue will develop and persist for a few days. Many people compare these symptoms to catching a cold.

Some people recover from this phase without any treatment and don’t go on to develop further symptoms. Unfortunately, that isn’t the case for everyone. In this case, a 10-day course of antibiotics will help.

The Borrelia burgdorferi bacteria—which causes Lyme—tries to evade the immune system by hiding inside certain tissues and cells. If it manages to hide—and antibiotics aren’t administered early—the condition can progress into the middle phase of infection.

What can someone expect if Lyme progresses?…

After a short period of feeling flu-ish, symptoms of untreated Lyme usually go away. Then, perhaps weeks or even months later, additional symptoms, including headaches, light sensitivity and neck stiffness, may manifest.

These symptoms are caused by the bacteria invading the nervous system. When this invasion occurs, wild pain signals can be sent to the brain, causing these uncomfortable sensations.

If someone still does not receive treatment for Lyme, other symptoms can develop…

Facial palsy is another symptom Lyme disease can cause in this stage. With this condition, one side of the face becomes temporarily paralyzed. As a result, the face appears to droop due to damage to the nerves. It is a result of Lyme bacteria invading the nervous system and can last for a while:

Treatment with antibiotics against Lyme-causing bacteria does not affect the recovery time from facial palsy. Still, an estimated 99.2% of affected patients will completely recover on their own.

Avoiding a trip to the doctor, which is never advisable in these circumstances, can mean the following painful symptom develops…

One fairly common manifestation of Lyme is radiculopathy or shooting pains. These pains can occur in the arms and legs as the infected nerves fire off at random. Some individuals experience numbness instead of shooting pains when inflamed neurons temporarily stop working.

Radiculopathy usually but not always primarily affects the limb located closest to the site of the tick bite. Infected individuals also often experience somewhat random aches and pains in the following body parts during this stage of the infection:

Bull’s eye rashes may appear at random sites on the body during this time. They will look like a typical rash but with an expanding red ring. The initial rash will not be painful or itchy, but after expanding slowly for a few days, the rash will disappear, only to reappear somewhere else.

Although rare in the United States, cases of Lyme disease in Europe frequently cause what is called lymphocytoma. In this condition, a dark purple lump develops on the ear lobe, nipple, or scrotum.

Additionally in Europe, Lyme has caused acrodermatitis chronica atrophicans (ACA). This condition refers to a red patch that develops on the back of one of the hands or sometimes on a foot. The skin lesion can remain for months before resolving.

Rashes are no fun, but the following sign of Lyme is particularly alarming…

This symptom occurs when Lyme-causing bacteria enter heart tissues. There, the bacteria damage the electrical system that controls the beating of the heart. This damage can result in the heart alternating between beating too quickly and too slowly.

After treatment, most cases of Lyme carditis will resolve.

Still, in some cases, the heart is irreversibly damaged by the bacteria. In these cases, the condition may progress to congestive heart failure despite the successful treatment of the Lyme disease.

The initial and middle stages of Lyme are no fun, but they look positively tame compared to the final stage of this disease…

As the immune system tries to fight off the invading bacteria, it begins to inflict damage on tissues of the body. One common manifestation of this autoimmune-like attack? Swollen, painful knees.

The swelling and pain can be bilateral (affect both sides of the body), affect multiple joints, or only affect one joint.

This condition most commonly manifests around six months after the initial infection.

For most people, joint swelling and pain rapidly resolve after treatment with antibiotics. Unfortunately, some people with a genetic predisposition to autoimmune diseases will continue to experience problems.

Encephalitis (Inflammation of the Brain)

In rare cases, prolonged Lyme infection can cause neurological symptoms that resemble encephalitis, or inflammation of the brain.

The affected individual can experience a wide variety of symptoms, including:

Some lyme disease cases progress to schizophrenia-like symptoms or even overt psychosis, which can lead to:

Even after Lyme is successfully treated, the disease can continue to plague sufferers in the form of post-Lyme syndrome…

After being treated for Lyme disease, some patients go on to develop post-Lyme syndrome, which can involve serious brain fog.

Experts are not sure why this happens. Speculation that the bacteria hadn’t actually been eradicated was laid to rest after several randomized and controlled trials showed that aggressive, prolonged antibiotic therapy did not change the progression or course of this syndrome.

There are precedents to experiencing a prolonged post-treatment recovery period; post-viral fatigue syndrome, which can develop after recovery from influenza or other common viral infections, is well-documented. The affected individual is fatigued and sometimes feels depressed for several months before spontaneously recovering.

So, what should someone who suspects that they have Lyme disease do?

Don’t Leave It To Chance

Lyme disease is caused by the Borrelia burgdorferi, which is transmitted by ticks.

Prevention is the best medicine.

The best approach? Avoid getting bitten in the first place. Great methods to reduce odds of tick bites include:

Lyme disease is easily treated during the initial infection period. Therefore it is essential to be aware of the early symptoms, which include a very distinctive rash and mild flu-like symptoms.

Those who miss these first symptoms should know that Lyme disease can still be treated during the middle or late stage. This treatment typically occurs once symptoms like rashes, neurological manifestations, cardiac dysfunction, and swollen joints are noted.

Lyme disease can lead to other health problems.

Most cases treated during the middle and late stages of infection will completely clear up after two to four weeks of antibiotics. Still, unfortunately, Lyme disease seems to trigger the onset of autoimmune diseases in some cases.

In addition, some individuals are afflicted with post-Lyme syndrome, during which they spend months experiencing fatigue, “brain fog,” and aches and pains before it finally resolves on its own.