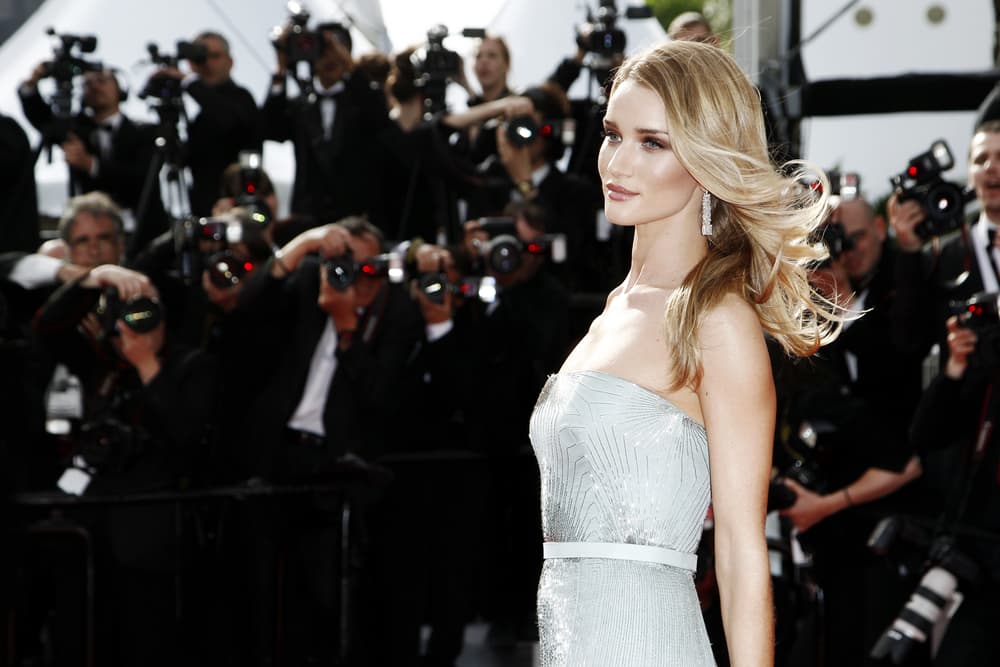 While a plethora of iconic outfits mostly come from fashion runways, red carpet events have their fair share of memorable dresses. Among these alluring frocks are daring garments that continue to make a statement.

Whether it’s sheer fabric, plunging necklines, high slits, or the magical work of fashion tape, these outfits steal the headlines. Thus, we’ve rounded up some of the most daring looks ever displayed on the red carpet. Keep reading for a look at the wild outfits celebrities have worn.

At the 2013 premiere of her movie Iron Man 3, Gwyneth Paltrow made headlines for sporting a very revealing dress.

Designed by Antonio Berardi, the sheer panels running up her hip almost suggest she need not wear her underwear that night. In an interview with Ellen DeGeneres, she shared that her team had to find a razor to clean up her bikini line just before she walked the red carpet.

The Grammy Awards prides itself as a showstopper of music events, but in 2000, there may have been a bigger contender. Yes, we’re talking about Jennifer Lopez’s green Versace gown. The silk chiffon dress had a neckline that dove past Lopez’s belly button and a slit that went all the way up.

With its see-through design and only a few sequins to conceal modesty, a dress like Beyoncé’s surely takes guts to wear. Not to mention, the fit is skin tight!

Beyoncé proved she can wear anything when she flaunted her flawless figure in this Givenchy dress during the 2015 Met Gala.

This is probably the biggest slit to ever debut in a red carpet event. The 2016 American Music Awards saw Chrissy Teigen made waves with her dress held together with just a safety pin!

During the 2016 Harper’s Bazaar Icons party, actress Emily Ratajkowski turned heads when she sported this dress. The seductive frock was designed by Julien Macdonald. It actually combined two daring trends in one: a plunging neckline and sheer panels on her hips.

Bella Thorne’s gown stole the spotlight and shined in the 2016 Critics’ Choice Awards. The sparkly dress was created by designer Steven Khalil. It put half of her body on display as she made her way down the red carpet.

Jaimie Alexander showed her bold take on fashion when she arrived at the red carpet of the 2013 Thor premiere. She wore a jaw-dropping, black dress. The sheer panel in the middle featured her skin from her chest down to her right foot.

The 2017 VMAs witnessed Hailey Baldwin making a daring statement through her choice of outfit for the event. She wore a silver jumpsuit made from a super-thin, sheer material. It also came with a low V-neck and wide velvet belt.

Although the paddings of the dress were somehow visible, they matched Kim Kardashian’s skin tone well, creating the illusion of a barely-there look.

The sheer fabric takes perfectly after her curvy figure. No doubt, Kim was positively basking in this sheer dress designed by Roberto Cavalli.

Gabrielle Union exuded full elegance back in 2017 Vanity Fair Oscars after-party. She wore a Jean Paul Gaultier Haute Couture gown in half-black and half-blue. The dress exposed half of her body, covering only the chest and hip parts.

Adriana Lima impressed many with her tasteful ensemble during the 2019 Vanity Fair Oscar Party. Her outfit combined a daring thigh-high slit with a plunging neckline. She paired the floor-length cream dress with a diamond garter by Chopard.

Model Ngoc Trinh combined several trends for her appearance on the 2019 Cannes Film Festival red carpet. Her black ensemble was a beaded bodysuit with a sheer skirt overlay, completing the nude aesthetic. Moreover, she also took her skirt up a notch by having both slits cut into waist-high level.

“Queer Eye” star Jonathan Van Ness proved guys can also rock the barely-there trend. During the Creative Arts Emmys in September 2018, he appeared in a black, daring mesh ensemble. It also featured a skirt with a thigh-high slit on the side.

Model and actress Rosie Huntington-Whiteley also had her daring moments during the red carpet. One of the most notable ones was when she attended the GQ Men of the Year Awards. She wore a black strappy Versace dress to the event.

It was in the 2016 Billboard Music Awards when Ciara donned a daring ensemble while walking down the red carpet. She opted for a silver gown made up of thin fabric. The piece had thigh-high slits to complete the look.

Actress Deepika Padukone gave an angelic twist to her barely-there look for the 2018 Cannes Film Festival. Her white sheer gown came with a flowy cape that added a glamour to her already perfect ensemble.

Halle Berry brought her bold fashion statement when she attended the NAACP Image Awards back in 2018. She wore a Reem Acra gown with lace panels and an intricate see-through skirt.

Designed by Donna Karan Atelier, this dress took the concept of see-through side paneling to a whole new level. Rita Ora undoubtedly turned heads with her daring look as she walked down the red carpet for the Vanity Fair Oscar Party in 2015.

If not for its dramatic train, Bella Hadid would have simply appeared as wearing a pair of bejeweled, beige underwear. The dazzling dress was from Ralph & Russo, which she wore at the 2017 amfAR Gala Cannes. She paired it with strapped heels for a sleek and sultry look.

When it comes to red carpet events, Kendall Jenner knows how to always stand out. She is famous for her bold fashion statements that push the boundary of barely-there outfits.

In the 2017 Met Gala, Kendall showed up wearing a La Perla Haute Couture gown. The metallic mesh dress was described as stones affixed to a “single thread.”

Famously known as one of the most daring dressers in showbiz, Lady Gaga made history with her “meat dress” at the 2010 MTV’s Video Music Awards.

Argentine designer Franc Fernandez put together a dress made of actual beef, with matching shoes and headpiece. The singer-songwriter said the dress was part of a protest for LGBTQ rights and was not meant to disrespect animals.

At the 2017 MTV Video Music Awards, Demi Lovato did not hesitate to put on a daring look. She sported a completely sheer bodysuit, which tucked into a pair of harem-style pants.

Model Amber Rose stole the spotlight in her barely-there look during the 2014 VMAs red carpet. Designed by Laura Dewitt, this “linked chain” dress included a matching thong underneath, which was completely visible. E! News wrote after that she was “practically naked.”

In her 2013 VMAs performance with Robin Thicke, Miley Cyrus has officially shed her Disney Channel image. However, she may have up a notch when she hosted the show in 2015. Cyrus stunned people with her naked outfit featuring a see-through skirt, two straps that covered her chest and some knee-high boots, all from Versace. Rolling Stone called her getup a “little more than silver suspenders.”