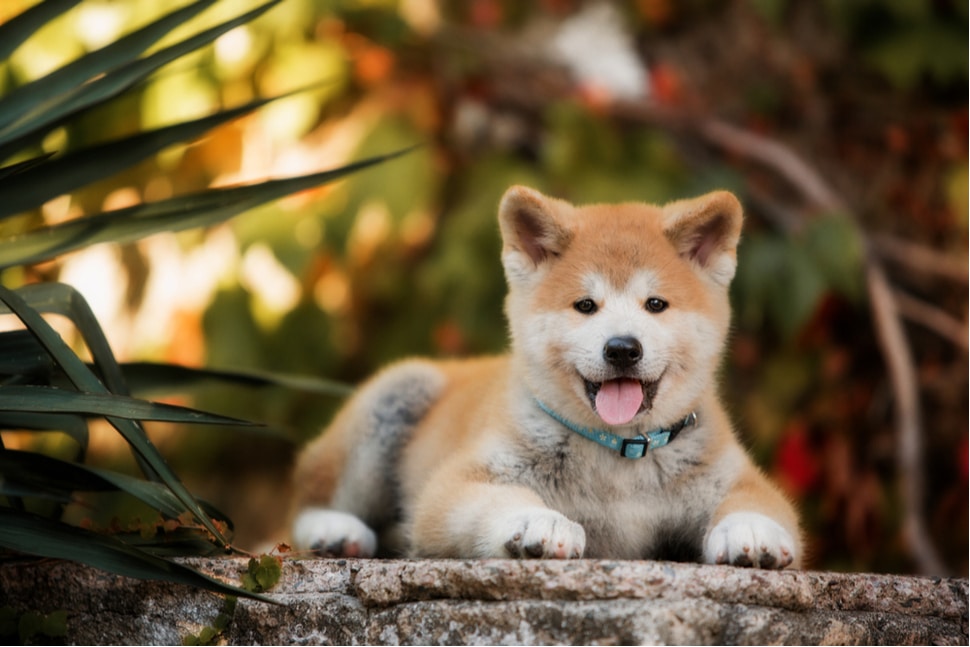 How much would you spend on a new dog? While the continued love and affection from man’s best friend might be priceless, some of these breeds’ outrageous price tags (yes, some up to $7,000!) have us holding onto our wallets.

Most of these dog breeds were specialty bred for a specific purpose. Anything from keeping sheep safe from wolves to fending off bears! Some are just to be as cute as possible. Its up to you to decide if these dog breeds are worth their sky-high price tag.

If you know of the Obama Family then you probably know their dog, Bo. He is a Portuguese Water Dog.

This breed is a working dog in Portugal and costs around $2,000 to adopt. These dogs live up to fifteen years, and males weigh up to sixty pounds. The Portuguese Water Dog is intelligent and loves to cuddle, making it a great fit for families.

Let’s move on to one of the most popular gentle giants, the St. Bernard. He may look familiar to some people because of his appearance in the Beethoven movie. This breed belongs to the working dog category and is known to weigh up to 250 pounds! These dogs can cost up to $1,500.

No, you’re not looking at a lamb. This dog is called the Bedlington Terrier. Despite its sheepish (get it?) looks, this pup was bred to hunt and has been a staple in dog races and shows throughout the years. The average price for this specific breed is $1,800.

The Caucasian Ovtcharka made its mark as a working dog for the Soviet Union. Their lineage comes from several Shepherd Dog breeds from Azerbaijan and Georgia. Breeders on YouTube claim that this pup when grown can kill a wolf – we do not know for sure but it may be best to keep your Ovtcharka from possible confrontations.

The Bouvier des Flandres is a breed of herding dog that came from Belgium. They are used to farm work including cart pulling and herding animals.

This pup sells for an average of $2,000 and lives for at least ten years. Not having a farm should not discourage you from getting the Bouvier because as long as your happy, we can assure you that this pup will be happy.

The Newfoundland or the Moscow Water Dog was bred in modern-day Canada. Although the breeding happened before the Confederation of Canada, this pup has been making its mark for a long time with its unique bone structure perfect for work and its long coats made for the cold.

The average selling price of this breed is $2,000 with males weighing up to 150 pounds and females up to 120 pounds.

The Golden Retriever is an extremely kind, smiley dog breed. It was originally bred to retrieve waterfowl during hunting season, they are famous for retrieving the said animal without damaging the kill!

With its reliability and delicateness, this Scottish dog’s price averages at $2,000 and is the fifth-most-bred dog in the world.

The Löwchen or the Petit Chien Lion, which translates to Little Lion Dog, comes from Germany or France. It is a non-sporting breed and is a part of the toy class.

When we say little, we mean it. The Löwchen only weighs up to eighteen pounds! They are intelligent and quite active. The average price for this breed is $5,000.

Before they were known to protect, Rottweilers were first a breed of working dogs. They would help drive livestock to the market and pull carts that belonged to butchers. Nowadays, Rottweilers’ courage and alertness have gotten them the job of being the first police dogs.

The English Bulldog is known for its pushed-in snout, wrinkly face, and stout body. It can weigh up to fifty pounds and is rumored to have first been bred in the 1600s, even appearing in paintings such as the “Painting of a Bulldog” by Philip Reinagle.

It costs anywhere from $800-$1,200 for a bulldog. Although they tend to be friendlier than other dog breeds, they can be fairly stubborn. Because they are not active, these pups are prone to obesity.

You guessed it, this breed originates from the Czech Republic or Czechoslovakia. In the cases where you come in contact with one, fear not because they are as friendly as can be! Their background and lineage dating back to 1955 when they were bred for an experiment by the CSSR Breed Association. These pups can range anywhere from $800-$1,200.

The Chow Chow or Songshi Quan, which directly translates to “puffy lion,” is not hypoallergenic. Its distinct features are its short but muscular body, thick coat, and purple tongues. These dogs can weigh up to seventy pounds and cost around $800.

According to some, the Saluki is one of the oldest dog breeds. Its ancestors were the sighthounds, which were known to hunt by sight instead of scent like other breeds. The sighthounds were popularly used in the B.C. era and hunted alongside nomadic tribes.

With its hunting capabilities and speed up to 43 miles per hour, the Saluki is priced at an average of $2,500.

Cats aren’t the only domesticated animal with a hairless breed because the Peruvian Hairless Dog exists! This breed is small and goes back to the Incan Dynasty. These dogs cost about $700 to adopt.

These pups live for at least eleven years while their weight stops at 26 pounds. They are lively, affectionate, and alert – perfect for families!

The Neapolitan Mastiff or Mastino is a large breed characterized by its wrinkly face. They originated from Rome and were bred to defend their families. Although they look pretty intimidating and aggressive, they aren’t, especially if they were trained to socialize at an early age. They cost an average of $2,500.

Alright, the name is as quirky as the lineage. When you have a labrador-poodle crossbreed mate with a golden retriever-poodle crossbreed, you get a Double Doodle and their average price is $1,900. They are pretty healthy and do not encounter any issues as they grow up compared to others on this list.

Despite their undeniable fluffiness, this pup rarely sheds! The key to their hearts is playing fetch.

The Akita is a large dog that originated in the mountains of Northern Japan. Males weighing up to 130 pounds, these dogs were used to guard and protect the Japanese royal family which probably explains that hefty $4,500 price tag. Out of all the Japanese dog breeds, they are the most respected.

The Pharaoh Hound originated from the Maltese Islands and was used for rabbit hunting. Their traditional name is Kelb-tal-Fenek (translating to “dog of the rabbit”) but is nicknamed “The Blushing Dog” because of its unique color.

As for their personality, the Pharaoh Hounds get along with other dogs but are known to be mean with dogs of the same gender or those that are smaller than them. They cost on average $2,000.

The Shetland Collie originated in Scotland. They are extremely friendly dogs and are experts at herding livestock. The Sheltie ranges from $600-$3,000 to adopt.

The Blue Nose Pitbull is a rare type of Pitbull and is part of the terrier category. Its silver coat and facial structure are caused by a recessive gene. Very much like other Pitties, they are active and require lots of exercise if you don’t want them chewing on your things.

Next comes the hair commercial dog, the Afghan Hound or Tazi Spay, or Sag-e Tazi. This breed was made to survive the cold in the Afghan mountains and come in black, red, and cream.

They can reach up to twenty-nine inches (on all fours) and can live up to fourteen years. They cost about $1,000.

The Internet’s favorite pup, the Corgi, can cost about $1,000-$2,000. They are known to be great herders and have a lifespan of at least twelve years. Their distinct features are short legs, big triangular ears, and wiggly butts!

Although they have a pretty short coat, these dogs are not hypoallergenic. This breed has been established as a guard dog but in reality, they are very good with families!

The Spinone Italiano was bred from Italy, as you may have guessed. They were made to be gun dogs because of their versatility in both hunting and retrieving. Breeders since 500 B.C. have been commending their loyalty and alert temperament. They cost about $1,000-$1,800.

The adorable Maltese is known for its long coat of white hair. They are on the lighter end of the scale by rarely surpassing nine pounds. However, this toy breed can live up to fifteen years!

With big eyes and smushed faces, the Pug has captured the hearts of many! They are one of the friendliest breeds around. Besides their cuteness, they are also known to be emotionally responsive, loyal, and mischievous.

The short-haired, muscular Staffordshire Bull Terrier is an extremely active and social breed that originated in England. These pups were usually seen in dog fights back when it was still legal in Britain. All around, they make good companions in and out of the house!

The Staffordshire Bull Terrier can cost up to $2,000 to adopt.

Originally from the UK, the Cavalier King Charles Spaniel’s average price is $1,000 and is considered a toy dog. This breed was a popular lap dog during medieval times. Generally, they are a friendly breed with their fluffy ears and attachment to their human owners.

The Yorkshire Terrier or “Yorkie” is known for being bold, intelligent, and fierceness. They originated in England and their most distinctive feature is their silky-smooth coat. They can cost $1,500-$2,000.