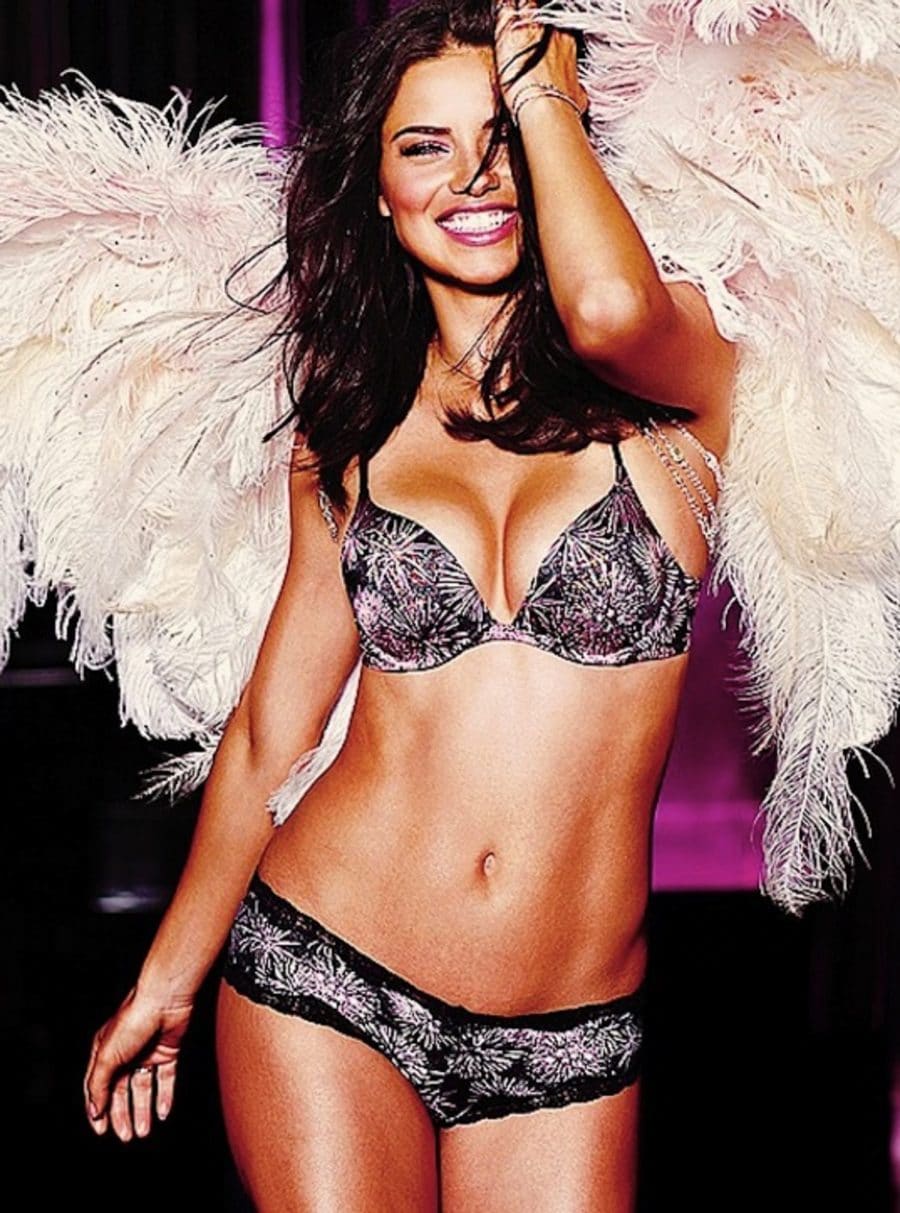 The renowned and beloved lingerie and casual wear brand Victoria’s Secret is perhaps best known for its over the top fashion shows and stable of supermodels dawning their “sleep wear”. Through either the catalog, runway show or swimsuit showcase, these are the most popular models from the Victoria’s Secret family.

Perhaps the most famous Brazilian model of all-time, Adriana Lima tops our list of the most popular Victoria’s Secret models. Lima was named MVA (Most Valuable Angel) in 2017. Also a model for Maybelline cosmetics, she was an Angel from 1999-2018.

Candice Swanepoel is a South African beauty that dawned the wings from 2010 to 2017. Possibly best known for modeling the “Fantasy Bra” a $10 million piece that included 4,200 precious gems including rubies, diamonds and yellow sapphires all set in 18 carat gold. Candice also modeled the Kardashian’s swimwear line in 2010.

While only an Angel for 4 years Erin Heatherton makes a top showing on our list. This Skokie, IL native is the godmother to Lily Aldridge’s daughter and was raised in the Jewish faith. You could have also seen her in the Sports Illustrated Swimsuit Issues in 2015 and 2016.

The first Australian on our list, Miranda worked the runway for Victoria’s Secret from 2007-2012. Ms. Kerr has been the face of many franchises including: Pink, Maybelline New York, H&M and the fragrance Clinique. You may have also seen her along side other Angels in a episode of “How I Met Your Mother” titled: The Yips.

Bar Refaeli hails from Israel where she modeled, hosted a television show and acted. This daughter of a horse farmer, lists being a Victoria’s Secret Angel as barely a foot note in her successful and diverse career. She was the cover model of the 2009 Sports Illustrated Swimsuit issue and named #1 on Maxim’s hot 100 in 2012.

Rosie is our top ranked Brit and a noble family member. Possibly the shortest lived Angel, having only walked in one VS fashion show. You can also find her work in Transformers: Dark Side of the Moon, replacing Megan Fox albeit to less than stellar reviews. She does have a son with action movie start Jason Statham.

Our second Illinois native, Cindy Crawford may have been one of the models that made the Victoria’s Secret Angels a highly coveted position. She has been the face of countless brands, been on the cover of nearly every magazine and the star of several Super Bowl commercials. To maintain her flawless look, Crawford has admitted to receiving regular cosmetic procedures.

Doutzen Kroes wore the wings from 2008-2014. This self-described tomboy got her start with a modeling agnecy in Amsterdam. Our top Dutch model also won Vogue’s Model of the Year honors, as voted by its readers in 2005. Now with two children, she has expressed the need to encourage girls that there are more important things than looks.

Lindsay has worked for the biggest names in the high fashion industry. Chanel, Dolce & Gabbana, Valentino and Christian Dior top her client list. This biology major was discovered walking to class at UC-San Diego. Now she is married with a son.

The hottie from down under, Elyse is a native Australian. In 2008 she was named brand ambassador for Estee Lauder and N*de by Nature in 2015. She is a workout fanatic keeping a strict regimen designed to keep her toned and ready for the runway and swimsuit photo shoots.

Another Brazilian bombshell, Alessandra wore the wings for an 14 years, from 2004-2017. She was the first ever spokesperson for the PINK line at Victoria’s Secret. Ambrosio worked along side fellow Angel Adriana Lima as a food and culture correspondent for NBC at the 2016 Summer Olympics.

Petra Nemcova was discovered on the streets of Prague by NEXT modeling agency. She speaks 6 languages: Czech, Slovak, Polish, English, French, and Italian. Petra has made good use of her success, being an active philanthropist and founding her own non-profit, Happy Hearts Fund.

9 time Victoria’s Secret Angel, Lilly Aldridge also was featured on the cover of the 50th anniversary Sports Illustrated Swimsuit Issue in 2014. She has been featured modeling clothing from brands like: Abercrombie & Fitch, Rocawear, Gap, Tommy Hilifiger, Coach, JCrew and Levi. A true model for the everyday person.

Rebecca Romijn turned her runway fame into an acting career, staring in a few huge franchises. She was Mystique in the X-Men film series (often in just body-paint), the dual role in Femme Fatale as both Laure Ash and Lilly Watts and provided the voice of Lois Lane in the DC Animated Movie Universe.

Another Brazilian, Ana graced the runway for Victoria’s Secret six times. She has also done work for GUESS, Bebe, Chanel and Jennifer Lopez’s JLO fashion line. She has also been featured in the Sports Illustrated Swimsuit Issue seven times from 2002-2008.

Marissa is a favorite spokesperson for male centered brands. She was the first ever spokesperson for Harley-Davidson as well as representing the NFL. She was also a ambassador for the American Cancer Society and USO. Oh, did we mention that she broke records when she was the cover model for the Sports Illustrated Swimsuit Issue.

Josie Maran must be the most “girl next-door” of any VC Angel. Her wholesome look has propelled her through working with brands like Guess and GAP to launching her own cosmetics line that is widely available.

This Russian beauty is the daughter of a coal miner and kindergarten music teacher. She walked the runway as a Victoria’s Secret Angle while 6-months pregnant in 2016. She is a popular model with high-end fashion brands such as, Marc Jacobs, Versace, Philipp Plein and Mango.

Our top Ohioan, Brooklyn is a successful model and actress. She appeared along-side Jennifer Aniston and Adam Sandler in the movie “Just Go With It”. She got her start modeling, for a prom dress maker before ascending to the rank of Angel.

Modeling was not the original plan for this German-born model. Claudia was going to follow in her father’s foot-steps and work in his law-firm before being discovered as a model. One of the super-models from the early to mid 1990s, Claudia Schiffer was a household name.