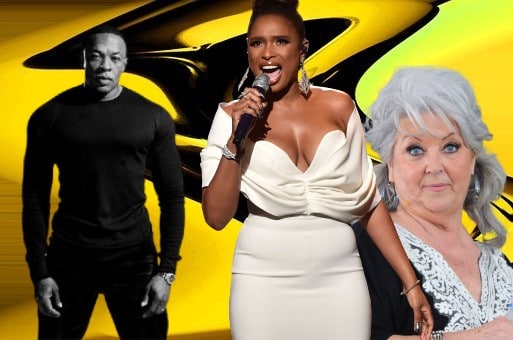 There seems to be a certain amount of pressure that is put on all of us when we’re talking about weight – be it on health or just to look good. Sadly, the brightest of stars get the most amount of pressure and the slightest change in weight is magnified, turned into headlines.

Although we see celebrities as flawless beings, we tend to forget how hard they work on their bodies to stay in shape. And, the whole show business industry doesn’t help in smashing these stereotypes. We, as fans, need to do our part by reminding celebrities that they are loved no matter what and that we’ll always be here to support them.

Talk show host, Wendy Williams, admits that she’s tried a variety of diets and none has worked so far. That is until she learned how to control her portions and lost 50 pounds.

She is mastering the art of portion control combined with not eating meat and working out regularly. Williams has also changed her perspective about going to the gym – it’s no longer about losing weight but rather, staying fit and healthy.

Kirstie Alley shed a few digits from her waistline back in 2005 and began representing the Jenny Craig program. She did gain 30 pounds in the following years which motivated her to join a weight-loss program in April 2014.

Since then, Alley lost 50 pounds and joined fellow “Cheers” co-stars John Ratzenberger and George Wendt in a Jenny Craig commercial.

Doctors warned Rosie O’Donnell that if she wanted to reach old age, she needed to make changes in her lifestyle. Gladly, Rosie followed the doctors’ orders and decided to have a gastric sleeve surgery.

Not only did she get the procedure done in July 2013 but she also started following a strict diet and works out regularly. Before all these, she used to weigh 237 pounds. O’Donnell estimates that she has lost 60 pounds since her surgery.

She slimmed down and started glowing up! Comedienne Melissa McCarthy is looking healthier and happier than ever before after shedding 75 pounds.

Her secret? A high protein and low carb diet mixed with foods rich in fiber. She frequently drinks green tea and rests a lot.

Sonny Bono and Cher’s son, Chaz, managed to shed the extra pounds off after transitioning to a male, which gave him a positive look on his body. Chaz started working out and cut out grains from his diet.

Chaz then appeared on “Dancing with the Stars” in 2011 and managed to lose 40 pounds. A couple of years after that, he dropped 45 more.

Mo’Nique is famous for being one of the funniest women in the biz but her health and weight hit a worrisome stage when she hit 300 pounds in 2012. Seeing this, she changed her diet completely and started hitting the gym regularly.

Mo’Nique’s workout is a combination of weightlifting, boxing, yoga, swimming and hiking. In 2016, she posted a picture of herself wearing a bathing suit to mark her 100-pound loss. She has since then used her social media accounts to document her journey and inspire other people to live a healthier life.

Up until today, there is no telling exactly how much weight Seth Rogen lost but the transformation is undeniable. He then found fame by playing an overweight pothead in movies such as “Knocked Up” and “Pineapple Express.” However, he wanted to branch out to other roles and in order to appear in “The Green Hornet,” he needed to lose a bit of weight.

With the help of celebrity trainer, Harley Pasternak, and her 5-Factor Diet, he was able to lose weight in only nine months! It gets even better because Rogen did not stop there. He started producing his own movies and continued acting – all while maintaining his weight!

Dr. Dre started out with a group called N.W.A. and later became one of the most influential people in the industry. Of course, with lots of money, come lots of food which is why in the earlier parts of 2000s, he weighed about 270 pounds.

He lost 50 pounds but according to Dr. Dre, losing weight got easier after he changed his diet and started working out regularly. His transformation was so intense that his brother, Warren G, got inspired and adopted his healthy lifestyle.

Gabourey Sidibe is famous for starring in “Precious,” in which her remarkable performance got her an Oscar nomination from. Despite her talent, Gabourey was bombarded with comments from the public for her looks and weight.

While it didn’t seem like it bothered Gabourey, she decided to start losing weight due to her own personal reasons which she chose to keep to herself. She also hasn’t given us an exact number but according to sources, the young actress lost more or less 100 pounds.

Host of the show “Revenge Body,” Khloe Kardashian started her weight loss journey after divorcing NBA Player, Lamar Odom, in 2013. She started following a strict diet plan which canceled out all dairy products and started working out more often.

The reality star wakes up everyday at 5AM to work out and doesn’t have breakfast until 8AM. Khloe got a lot of negative comments from the public and used to be called as the “Fat Kardashian.” Of course, losing 40 pounds can also lead to losing the rude moni ker.

Jennifer Hudson or commonly known as “JHud” is an Oscar-winning singer and actress. She is most famous for playing “Effie White” in the 2006 reprise of “Dreamgirls.”

After feeling insecure about her body and health, Hudson started her weightloss journey in 2010 and by 2014, she managed to lose 80 pounds. Her secret? “Out of sight, out of mind.”

As a TV Chef, Paula Deen became a household name for whipping up some delicious meals in front of cameras and casually tasting them for us. However, she noticed that her metabolism has slowed down and realized she needed to make a change in her lifestyle.

When the thought of not seeing his son grow up, Drew Carey made the decision to changing his eating habits by cutting down on carbs and eating in moderation.

“The Price is Right” host goes to the gym six times a week and does intense cardio at least twice a week. This routine helped him lose 100 pounds.

When Roseanne Barr’s weight reached over 350 pounds, she decided to make some changes by undergoing a gastric bypass surgery.

Sadly, the surgery was not enough for Roseanne so she started eating less and exercising a bit more. Sources say she walks at least 6,500 steps everyday. With all her efforts, Roseanne lost about 200 pounds.

MasterChef judge, Graham Elliot, hit nearly 400 pounds in 2013 which concerned him a lot. He went on to have a sleeve gastrectomy and started to portion his meals. Graham also decided to give up some of his favorite dishes.

According to him, he grabs a fruit whenever he starts craving something sweet. After losing more than 150 pounds, Graham participated in his first-ever marathon.

Yvette Marie Stevens, also known as the iconic Chaka Khan, directed the spotlight on her in the 1970s after her funky singing performances. After getting diagnosed with Type 2 Diabetes, she decided to go on a weight loss journey.

Chaka Khan started fasting for a few months and decided to become a vegan. Now, she is healthier and looking better than ever!

Adam Richman, host to “Man vs. Food,” became known for devouring ginormous servings of food in record time. However, Richman decided to put that life in the past and has decided to trim down ever since.

Adam changed his lifestyle – hired a doctor, nutritionist, and started playing soccer regularly. In just 10 months, he already lost 70 pounds. To show his appreciation for his new bod, he decided to get on the cover of British Cosmopolitan naked and unafraid.

Nicole Polizzi or popularly known as “Snooki” is known for her feisty character and wild antics on “Jersey Shore.” Shortly after giving birth to her son, Lorenzo, in 2012, Snooki decided to get back in shape.

She also limited her daily calorie intake to 1,300 calories and started working out four days a week. All this effort helped her lose 22 pounds and according to her, breastfeeding helped a lot.

Rebel Wilson is famous for playing hilarious and overweight characters in movies. Best known as Fat Amy in the “Pitch Perfect” movies, Wilson admitted that she intentionally gained weight because she thinks it would help her succeed.

However, Rebel Wilson decided to start her weight loss journey in 2016. Everyone noticed the change in “Pitch Perfect 3.”

Despite her amazing voice and undeniable talent in singing, people just could not stop criticizing her weight. According to Adele, her aim is to make music and to entertain people.

Fans went wild after seeing first signs of her weight change. Although Adele doesn’t say much about her weight, she did reveal that she follows a Stirfood Diet and follows a customized workout plan created by Pete Geracimo.