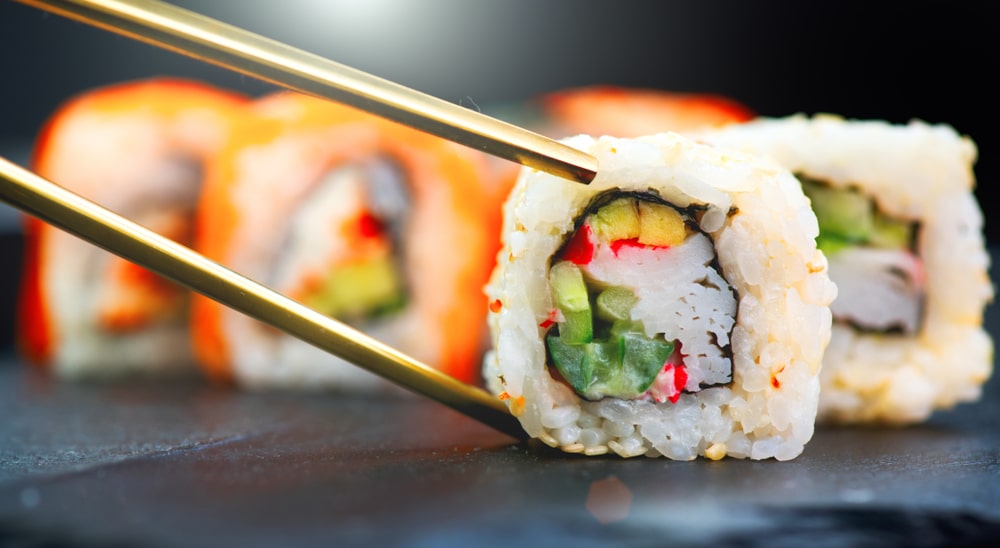 Jumping on a trans-continental flight to grab some Espresso from Italy or Fondue from Switzerland isn’t realistic if your last name isn’t Kardashian. Though, to be fair, if that was my last name I might make the trip just for a good meal!

For the rest of us, it’s probably best to build up our “to-try” list and sync that up with our travels. Or–even better–learn to cook some of the most popular dishes from each country right in our own kitchens.

Learning to cook new recipes from far off places is not only a delicious practice, it’s also educational. For example, you might not know what a Sichuan Peppercorn is until you decide to cook a Chinese meal. You may be surprised to learn that they come whole or powdered, and the variety you choose depends on the recipe. Who knew?!

And what about Turmeric? You might not have occasion to learn this culinary delight also had religious significance when it was discovered unless you’re researching how to cook Indian Turmeric Rice.

We’ve rounded up some of the best delicacies in countries across the world, so the next time you hop on a plane–or decide to be courageous in the kitchen–you’ll know which dishes to try! Keep reading to find out the must-have delicacies in your favorite destinations.

Made with filo dough and stuffed with nuts and other fillings, baklava is a traditional Turkish dessert. Baklava is usually drizzled in honey before it’s served, and it’s most commonly enjoyed in restaurants, at parties and for other special events. The best part about baklava? You can make large batches of it, which is what makes it so great for big gatherings.

Paella originated in Valencia only to become one of Spain’s most traditional, delicious dishes around. Paella is highly customizable, although most recipes include seafood, rice, vegetables and tons of spices. It’s a must-try if you visit Spain.

Shepherd’s pie is a classic dish in the United Kingdom. It’s made with ground meat and vegetables and topped with mashed potatoes. Some pies come with a gravy topping. Order this delicacy in almost any restaurant in England, and you won’t be disappointed with its savory, filling flavors.

Sometimes known as curry chicken, butter chicken is extremely popular all over India. Butter chicken has a distinguishable tomato, butter and cream sauce. Most of the time, this dish is served with white rice or pita bread to counteract all the spices. It’s best enjoyed as a full-meal deal for dinner.

Beijing is the origin of this dish, which is often served alongside a plate of vegetables or rice. Peking duck usually still has the skin on it, and it’s flavored heavily with all kinds of spices. If you order it at a restaurant, it’s likely the chef will slice it right in front of you.

Plantains are extremely popular in Latin America, and that’s why tostones, or deep-fried plantains, are so common in Cuba. This is a popular side dish in Cuba, and it is usually served with various sauces, like garlic sauce. Tostones can also be served with meats and vegetables to create a more filling meal, as opposed to an appetizer.

If you visit Denmark, you’ll likely notice they almost always serve their sandwiches open-faced. In Danish, this is called “smørrebrød.” Most contain some kind of cold cut, vegetables and buttered bread. They make for a tasty, quick meal that you cannot miss when you visit Denmark.

Molokhia is a stew most popular in the Middle East. It originated in Egypt and is made from the vegetable and into a thick, sticky soup. In Egypt, it’s considered a delicacy because of how long it’s been around. Most of the time, molokhia is served with rice, pita bread, and/or chicken.

Laksa is best known as noodle soup. It’s usually fairly spicy, and it can contain all kinds of meat, seafood, vegetables and even hardboiled eggs. There are many variations of laksa based on where you eat it, which is part of why this dish is considered a delicacy.

Irish stew is usually made with lamb meat, vegetables and a thick broth. Just like Guinness, Irish stew is a must-have, classic delicacy in Ireland. Make sure to enjoy it for a nice, hearty dinner if you visit Ireland!

It’s difficult to choose just one Italian food as a delicacy, but lasagna is among the most popular choices in the country. Lasagna has been around since the Middle Ages, and most people believe it originated in Naples. Today, it’s popular around the whole world, but it’s a must-have for a trip to Italy.

Macarons, though first invented in Italy (believed by some people), are more popular in France. These meringue baked goods come in all different flavors (pistachio, lemon, chocolate, strawberry, vanilla, etcetera) and are usually found in cafes.

Believe it or not, this dish is named after a real person from the Stroganov family. Made with beef strips, mushrooms, onions and a sour-cream based sauce, Beef Stroganoff is a staple dinner in Russia and many other countries across the world. It’s usually served on top of egg noodles to create a full meal.

Hāngi is an actual way of cooking food, specifically in a pit in the ground. It’s most popular in New Zealand, and it’s usually a method reserved for big parties or large gatherings. Meats and vegetables are the most commonly cooked foods in a traditional Hāngi. It’s definitely something to seek out during a trip to New Zealand.

Fondue originated in Switzerland in the 1930s, when the Swiss Cheese Union first popularized it. Most people enjoy cheese fondue, but there is also chocolate fondue and fondue where meat and vegetables are dipped into hot oil. Visit Switzerland, and you’ll realize it’s one of the most common and enjoyable meals of the country.

As the name suggests, provoleta is made from provolone cheese, just as a dip. It originated in Argentina, where people either grill thick slices of the cheese or cooked in a cast-iron skillet. Perfect for bread, sandwiches or barbeques, provoleta is a true Argentinian delicacy.

Vegemite is a brewers’ yeast spread first made in Australia. Since its fruition in 1922, Vegemite has become highly popular in Australia, particularly as a toast or cracker spread. In some instances, Aussies fill baked goods with Vegemite. It’s the perfect delicacy for people who enjoy salty, savory foods.

Similar to shish kabob, satay is an Indonesian take on skewered meat. It is considered Indonesia’s national dish, despite it being popular in other neighboring countries, including Malaysia and Singapore. Most Indonesian satay is extremely spicy, and it can be made with chicken, goat, pork, beef or fish meats.

Hearty and filling are two typical characteristics of traditional German food. Sauerbraten, meaning “sour roast,” is no exception. It’s a traditional German roast often accompanied by potato pancakes and vegetables. Although sauerbraten is popular in most of Germany, different German regions may prepare the dish in their own ways.

If you’re visiting Belgium, make sure to try a Belgian waffle, one of the country’s food must-haves. These fluffy, buttery waffles originated in 1958 at the Brussels World Fair, Expo 58. The waffles quickly gained popularity in the United States after Expo 58, and today, they remain popular across the world.

In South Africa, one of the most popular dishes is bobotie, a casserole that is made from spicy, minced meat and an egg topping. While many people disagree on the origin of this dish’s name, most people know it to translate to “curry spices.” Ironically, the very first appearance of this dish was in Holland in 1609. Today, though, it’s most popular in South Africa.

Poutine is a popular dish in Canada, specifically Quebec. It’s made with French fries, cheese curds and gravy. Poutine is most popular in bars, pubs and casual restaurants, so you’re likely to find it most anywhere if you visit Canada.

Key lime pie originated in Key West, Florida in the 1930s and 1940s. It was originally dubbed the “icebox lime pie” before it got its current name. Key lime pies, like their name, are made with Key limes. Key limes are limes grown in the Florida Keys, and they are known for their extremely tart taste. That’s what makes these pies so good and so American.

In Norway, fårikål, a combination of lamb and cabbage, is one of the most popular dinners around. Sometimes, fårikål is served with boiled potatoes. This dish even has its own annual feast day on the last Thursday in September, so clearly, it’s a favorite among Norwegians.

In Mexico, chilaquiles are among the most popular breakfast foods around. They are made with salsa, onions, avocados, refried beans, eggs and sometimes pulled chicken, all wrapped up in fried corn tortillas, cut into quarters. Chilaquiles are also a common brunch food.

Moqueca is a Brazilian stew and a true delicacy in the country. Most of the time, it is made with shrimp in a creamy, spicy broth. Moqueca is also known for its tomato, garlic and onion base.

Although sushi is an extremely popular dish in many countries, it originated in China and gained popularity first in Japan. There are many different combinations and types when it comes to sushi, but the typical sushi “roll” will come with a piece of fish and vegetables wrapped in seaweed and sticky rice.

Pad Thai translates to “Thai stir-fry.” One of the best things about pad Thai is that it is a highly customizable dish. In the 1930s, Thai military officer and former prime minister, Plaek Phibunsongkhram, came up with the dish in attempt to nationalize Thailand. Ever since, the dish has become popular across the world.

Moussaka is one of the most popular dishes in Greece. It’s generally made from a mixture of eggplant, minced meat and sometimes potatoes. It’s served either hot or cold and can be customized with additional vegetables or specific spices. Essentially, moussaka is a Greek take on the Italian lasagna.

If you visit Scotland, you’re bound to see haggis on the menu. Made from ground sheep’s heart, liver and lungs, haggis is also usually combined with onions and other spices to create a meaty concoction. Most of the time, side dishes like mashed potatoes or vegetables accompany haggis to create a full meal.