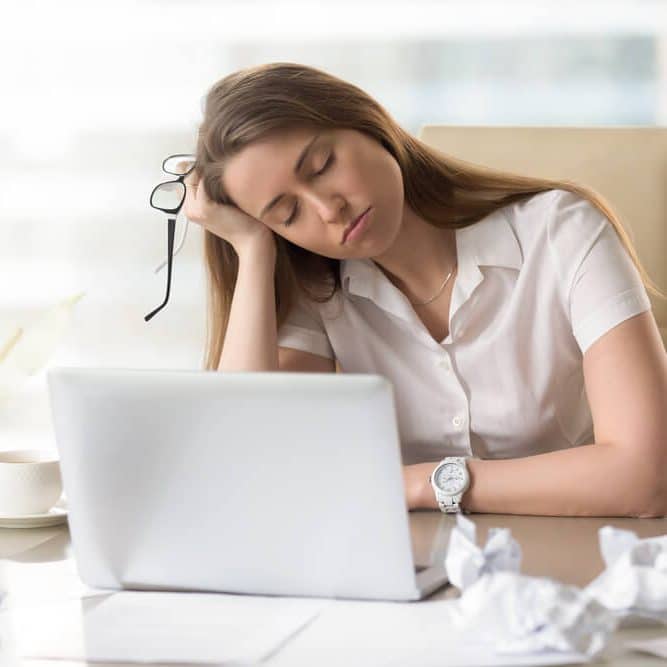 Narcolepsy is a long-term neurological disorder that involves a decreased ability to regulate sleep-wake cycles. It is categorized as overwhelming daytime drowsiness and can lead to a lack of energy and make day-to-day functioning difficult.

Narcolepsy is a disorder that causes extreme sleepiness during the daytime. The sleepiness is not necessarily due to a lack of sleep, but it can feel as if the person has not slept for days. In addition to feeling tired, those who suffer from narcolepsy can also suffer from a loss of muscle tone.

How Long Does Narcolepsy Last?

Narcolepsy is a chronic condition, which means it is a long-lasting one.

Sometimes it can be triggered by strong emotion or stress, but the exact cause is not known. Many people with narcolepsy have low levels of hypocretin. This is a neurochemical in the brain that can help regulate REM sleep.

While narcolepsy is not necessarily handed down from one generation to the next, it can be genetic. If several family members also experience the same symptoms, narcolepsy could be to blame. In short, depending on a person’s age and family history, narcolepsy may be more likely.

For those who have narcolepsy, though, this sleeping pattern may be slightly altered. For instance, many people diagnosed with narcolepsy experienced the REM stage directly after falling asleep; this event can happen during the day or night hours.

Many people experience a lack of energy at some point during the day. Whether this occurs in the afternoon or throughout the morning, this can be a regular and normal occurrence. Excessive sleepiness is not the same, however.

Those who suffer from narcolepsy can sometimes be seen as lazy, but the drowsiness is not a choice. It does not occur due to late nights spent awake or because of a mental block. Instead, it is a legitimate medical condition.

The type of drowsiness that happens due to narcolepsy is often chronic and can be felt throughout the entire day. Other symptoms that may happen in concurrence with daytime sleepiness include sleep paralysis and even hallucinations.

While those with narcolepsy often suffer from extreme fatigue, they can sleep. While sleeping, many report a temporary inability to speak or move. This lack of control can prevent the body from responding to a dream.

Other Problems Caused By Narcolepsy

In addition to extreme daytime fatigue, other issues can arise from having this disorder. Common problems that stem from narcolepsy include obesity, trouble with intimate relationships, and depression.

An inconsistent sleep pattern can have rippling effects across one’s life. With a chronic lack of energy, food can become an over-relied upon solution. A lack of energy can also create issues with friends, family, and loved ones. In fact, narcolepsy can impact one’s professional life, how productive they are, and career advancement if it is not properly treated.

Narcolepsy is diagnosed by a trained medical professional that can properly assess the signs and symptoms. For sleep disorders in general, there are usually a variety of treatments suggested depending on the severity of the condition.

Proper sleep hygiene is usually first addressed. To prevent daytime sleepiness or rule out other types of sleep disorders, a person may first try setting a regular bedtime routine. This includes falling asleep at the same time every night and spending a certain amount of time away from screen devices, such as phones or computers. Scheduling naps and avoiding alcohol is also recommended.

Narcolepsy is usually treated with specific types of medication. While some rely on stimulating the brain to keep energy levels up, others trigger different receptors in the brain. Which one works best depends on the individual taking them.

Narcolepsy is a serious condition that can impact both emotional and physical health. Experiencing chronic daytime sleepiness is not something most people deal with regularly. By understanding the options available, treatment can help restore natural energy levels.