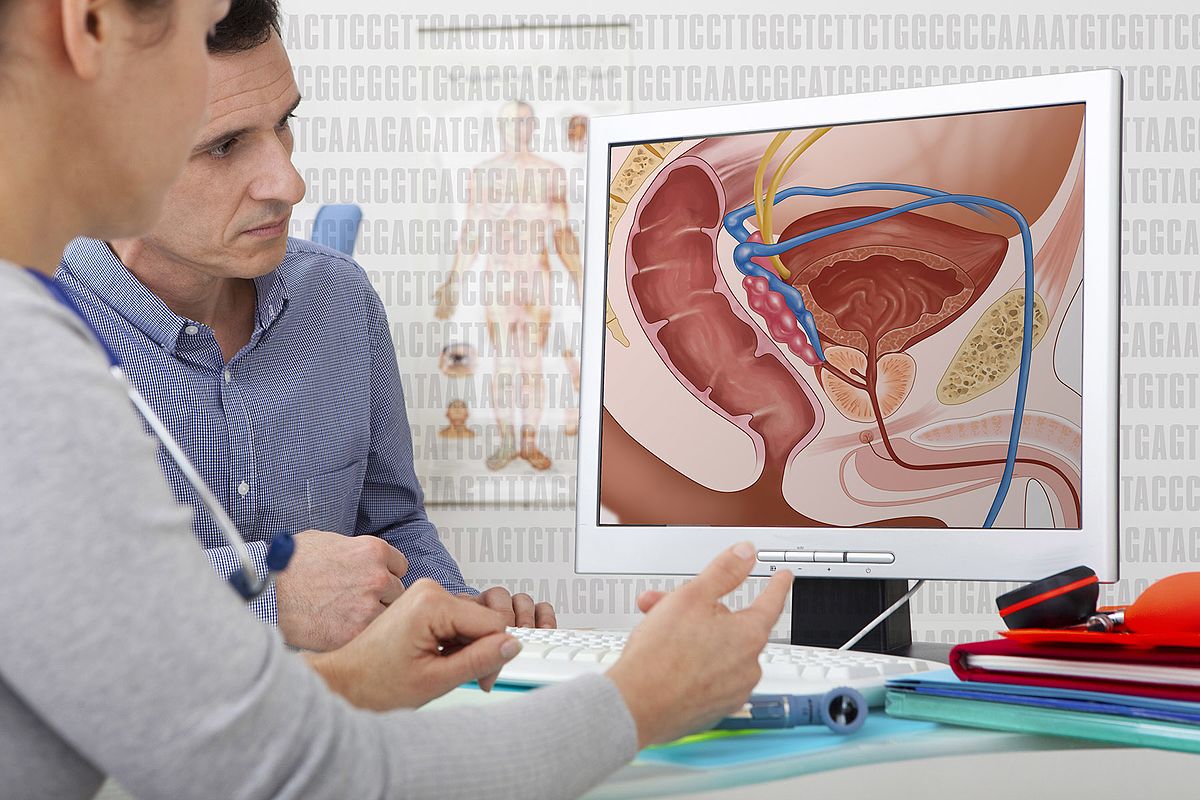 According to the American Cancer Association, prostate cancer is the most common cancer in men. It affects the prostate gland, a walnut-sized gland located in front of the rectum, below the bladder, and is only found in men. The prostate gland is responsible for producing some of the thick, white fluid which, when combined with the sperm made in the testes, forms semen. The prostate gland also plays a role in urine control, as it surrounds the urethra. Prostate cancer typically develops slowly, often yielding no symptoms for several years. Regular check-ups are the best way to monitor and check for prostate cancer, but there are also several key signs to be on the lookout for.

In the early stages, there usually aren’t any intense, detectable signs. They often do not appear until the prostate enlarges to such a degree that it affects the urethra. The Prevent Cancer Foundations details some of the most common signs that occur at later stages: When the prostate has enlarged, men may begin to notice several sensations and changes, such as an increased need to urinate, a strained feeling while urinating, and feeling that the bladder is still full after urination. The presence of blood in the urine and experiencing varying degrees of pain while urinating are also common symptoms.

While these symptoms alone do not necessarily mean that a man has prostate cancer, they certainly should not go ignored. Only a licensed medical professional and medical testing can determine whether cancer or something else has caused the prostate to enlarge.

Unfortunately, the specific causes of prostate cancer are unknown at this time. However, trends have been identified which increase the chance of developing the condition. The National Cancer Society lists age as one of the main risk factors, as most cases develop in middle-aged men. Genetics also play a role, and men with a family history of prostate cancer are at a slightly increased risk for developing it themselves. Some research also shows that obesity is a contributing factor as well. What is currently known is that tiny changes in the glandular cells can lead to the development of a tumor. If caught before this metastasizes, prostate cancer can be treated more successfully. However, if it is allowed to spread, the disease becomes much more dangerous.

There isn’t one single diagnostic method used to detect prostate cancer, according to NHS Choices. Doctors may use a combination of blood and urine tests, a physical examination of the prostate (via a rectal exam or DRE), a biopsy, and/or MRI scan.

After determining the presence and stage of the illness, there are several treatments available for treating prostate cancer. In the early stages, some cases may be cured through surgical removal of the prostate or radiotherapy. The latter can also be conducted on its own or in combination with hormone therapy. Hormonal manipulation and control is also used in later, more advanced stages of the cancer.

Firmagon treatment is one such method. It is the only hormone therapy of its kind used in the treatment of advanced prostate cancer. Firmagon works by dropping levels of PSA (prostate-specific antigen), a key marker for cancer progression. It also controls the levels of testosterone being produced, as a surge in the hormone fuel the growth of cancerous cells.

Erleada is another viable treatment option for prostate cancer patients. It is typically suggested for patients whose cancer has not spread to other parts of the body but continue to grow despite hormone therapy. Somewhat like Frimagon, Erleada works by blocking the effects of androgen, like testosterone, on the tumor, suppressing its growth.

Xtandi may be prescribed by doctors if the body stops responding to other hormonal and surgical interventions. An androgen receptor inhibitor, Xtandi works by interfering with androgens and their receptors, again slowing down the cells’ ability to grow. Xtandi has been shown to slow the progression of advanced prostate cancer and help patients to live longer. It also delayed the time before men began chemotherapy, another possible treatment option.

When detected and diagnosed in later stages, after the cancer has spread to other parts of the body, treatment focuses on relieving symptoms and prolonging life. Because treatment methods come with the risk of significant side effects, namely erectile dysfunction and urinary problems, some men choose to delay the start of medical intervention until there’s a strong risk that the cancer will spread. However, newer treatments, such as cryotherapy, aim to reduce the experience of these negative side effects.

When caught early, prostate cancer is very treatable. As the growth spreads to other organs and areas of the body, positive outlook of the prognosis begins to decrease. Regular screenings, before signs and symptoms present, if possible, will allow doctors the best chance of early detection, significantly increasing their ability to effectively treat the disease.