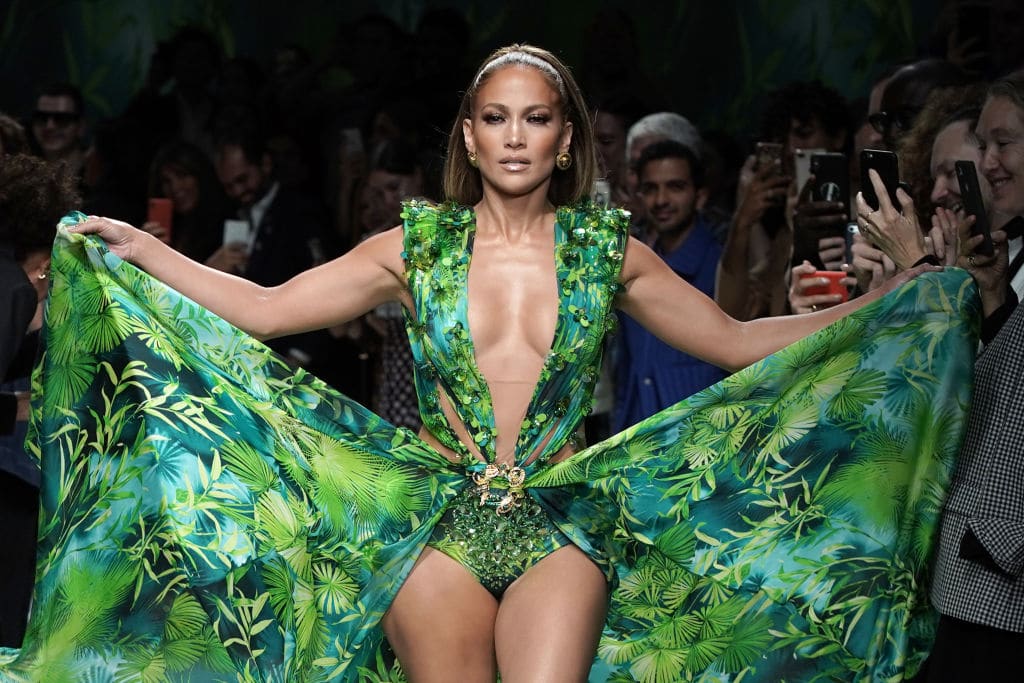 Always in the spotlight, female celebrities are risk-takers and fashion icons. With designer clothes and a team of stylists behind them, beautiful stars dare to stand out and make bold choices, modeling outfits that often shock the public. From glittering, gauzy ballgowns at the Met Gala to skintight dresses at award shows and movie premieres, the daring attire of Kim Kardashian, Megan Fox, and others just might leave you blushing.

These are some of their most jaw-dropping and head-turning looks.

Lady Gaga’s wardrobe often runs the gamut between classy and controversial. For the 2019 Met Gala, the popstar and A Star Is Born actress wore a total of 4 different outfits, starting with a giant pink ballgown and ending her series of costume changes with this all-black brassiere and fishnets look.

In high fashion terms, this gown was a textbook example of what one might call a “naked dress.” Queen Bey looked like glittering, popstar royalty in this sheer number at the 2015 Met Gala, and while the Givenchy gown didn’t cover up too much, the countless, carefully-placed crystals gave the dress some modesty and plenty of glamour.

While Iron Man 3 is technically a Disney movie, Gwyneth Paltrow’s dress at the film’s premiere was definitely intended for more mature audiences. From the front, the dress looked fairly formal and reserved, but anytime Paltrow turned to the side, onlookers could see the sheer paneling running up the entire length of the actress’ leg. This dress was definitely business in the front, and party on the sides!

From Jennifer’s Body to the Transformers series, actress and model Megan Fox is well-known for her sultry looks and stunning figure. Fox further brought the heat in this fiery red gown at the 2021 Met Gala, with a high slit up the side and laced-up details on her waist and chest.

Model and socialite Kim Kardashian is no stranger to showing off her curves, and this skintight outfit at the 2019 Met Gala was no exception. The ensemble had an added touch of allure with the crystal waterdrop details, making the reality tv star look like she just stepped out of a steamy shower and onto the runway.

Model and Project Runway producer, Heidi Klum, has shown off her body many times, from the cover of Sports Illustrated to her time as a Victoria’s Secret Angel. This particular look from the 2017 MTV Video Music Awards was especially stunning, with lacey gold embroidery stitched in all the right places.

Kim isn’t the only member of the Kardashian-Jenner clan to show a little (or a lot!) of skin. Kendall Jenner wore this backless halter dress with waist-high slits on both sides to the 2019 Vanity Fair Oscar Party. While beautiful, we can’t help but wonder if the model and media personality was at all cold in the ensemble? The Oscars are usually held in February, after all, even if they are in California.

If you needed proof that the former Disney Channel star is all grown up, look no further than this dress Cyrus wore to the 2014 amfAR Inspiration Gala. It’s unclear if the singer and actress’ strappy bodice was supposed to be suspenders or a combination of seatbelts, but either way, it doesn’t look like it was very comfortable.

At the 2014 CFDA Fashion Awards, singer Rihanna stunned all in this sheer and sparkling fitted gown. The added details of the fluffy boa wrap and the sheer cap and gloves simply added to the glitz, glamor, and flirtatiousness, overall giving the singer a gorgeous Roaring Twenties look.

J. Lo made fashion history in this green Versace gown at the 2000 Grammy Awards. What makes the jungle print dress with a belly button neckline even more iconic is that the actress and singer has modified and worn the gown multiple times to date, including when she hosted SNL in 2001 and 2019, and at the Versace Women’s Spring-Summer 2020 Fashion Show.