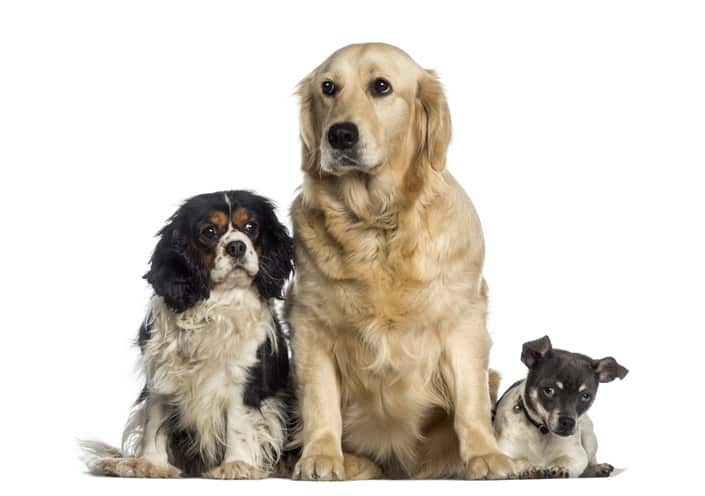 Over the years, we’ve all heard more than our fair share of entertaining dog names, from Tater Tot to Bark Twain. However, there are more than a few dog names that fall less in the cute and clever category, and more in the how-were-the-owners-allowed-to-name-another-living-being category.

From household appliances and fast food items to several other titles not remotely dog-related, these are the names no pup wants to come to when called.

Really? “Dump Truck?” While it’s somewhat funny for certain dogs on the heavier side, it’s not the most appealing automotive-inspired name. And even if your dog eats right out of the garbage, he shouldn’t be labeled as a trash can on wheels, or in this case, paws. “Dump Truck” should be a nickname, not a legal name.

Do you want to tempt fate? Because naming any animal after anything remotely chaotic or messy is just asking for them to become a twisting terror of destruction. Also, you’re going to get weird looks at the dog park calling “Here Mayhem, here boy!!”

Look, we get it: dogs have adorable bodies, and in the case of Corgis and certain other breeds, it’d hard not to see their chubby little legs as fuzzy, furry drumsticks. However, keep the chicken nuggets on your dinner plate and out of the dog house. There are a lot of cuter food-themed names, like Ginger or T-Bone, that aren’t nearly as embarrassing for you and your pooch.

You might be a tech wiz, but your dog most certainly isn’t. They like mud and dirt and all things outdoors, not hard drives, keyboards, and USBs. Also, your dog is going to get very confused when guests come over and keep asking for the wifi password, and not just their adorable furry self.

Even if your dog is an old soul at heart, naming them after a family member, no matter how honorable the intentions, isn’t a good idea. It’s a lot of pressure for your dog to attempt to live up to another dog, let alone the family matriarch. Maybe try an older-sounding name like Gretchen or Mabel, and call her “Old Girl” for short?

This dog is not a crab; therefore, it should not be named “Crab” nor “Crabcake,” and especially not “Crabcake Benedict.” End of story. Heck, even “Eggs Benedict” would be too much. Why didn’t this dog’s owners choose something more normal like Benedict or Benny instead? Sadly, we may never know.

For every person who talks nonstop about bitcoin, there are several people who truly couldn’t care less about it. Likewise, your dog knows nothing about stocks, bonds, and any other form of currency. They can only be bought with biscuits and belly rubs. Not bitcoin. Not foil-covered chocolate coins.

And the award for THE most unoriginal dog name goes to anyone who dares to name their dog “Dog.” It may be easy to spell and remember, but it’s tragically lazy. Note: if you’ve named your dog “Dog,” then your pup probably has a better imagination than you.

Your dog is a member of your family, not a household appliance with a limited warranty. The name “Fridge” could potentially be acceptable (especially with a cold-loving breed like Huskies), but “Refrigerator” with its five full syllables is just plain atrocious.

First, when you think about it, “Chernobyl” doesn’t exactly roll off the tongue. Second, why would you want to name your dog after one of the worst nuclear accidents of all time? For science and history buffs alike, there are certainly plenty of other intelligent names to choose from.

Someone call the Humane Society. Naming your dog “Barf” is just plain mean, especially if he or she is prone to tummy aches from time to time. Everyone has lost their lunch here and there, but that’s when your pup needs some extra love and attention, not mockery.

While this is a great nickname for when your dog is acting up, it’s not the best permanent moniker. And do you call her “Bell” for short, or “Stinky?” It’s probably best to stick with a more appropriate official name in public, and have “Stinkerbell” as a nickname for when your furry friend is being a lovable, yet incorrigible brat.

Your dog is not a rapper. Nor are they a multi-millionaire (at least to our knowledge). So why give them such a tacky, flashy name like Money Bags? If you really want a wealth-themed name, Goldie, Diamond, and Crystal are all perfectly acceptable (and less obnoxious!) alternatives.

Even if your pup isn’t the brightest pooch at the park, that’s no excuse for making fun of their intelligence for the rest of their lives. Some dogs are actually pretty smart, and others aren’t, and that’s ok. You’re not very smart or kind if you make it a habit to point out how an animal isn’t as smart and clever as a human.

Dog owners must have a sick sense of humor sometimes. Even if your canine looks more like a feline (or you always wanted a cat but are allergic or something), naming your dog after its sometimes sworn enemy will make them hate you. And truly, it’s just as unoriginal as naming your dog “Dog.”

Remember how we said naming your dog something like “Mayhem” would be asking for trouble? Well, meet lil’ old Satan! Maybe it’s ironic because he’s actually a big sweetheart. Maybe it’s accurate because he has a dark side. Either way, it’s not like you’re asking for divine mischief, right? Wrong! No matter how demonic your pup gets, resist the urge to brand him as such for all eternity.

This one is downright inappropriate. Slightly funny if your dog isn’t the most photogenic pup on the block? Sure. However, it’s still pretty weird to be commenting on your dog’s attractiveness. “Handsome” and “Beautiful” are perfectly acceptable pet names for your dogs, but “Sexy” is creepy and cringe-worthy.

Celeb Facts - Celebrity Kitchens To Inspire Your Next Remodel