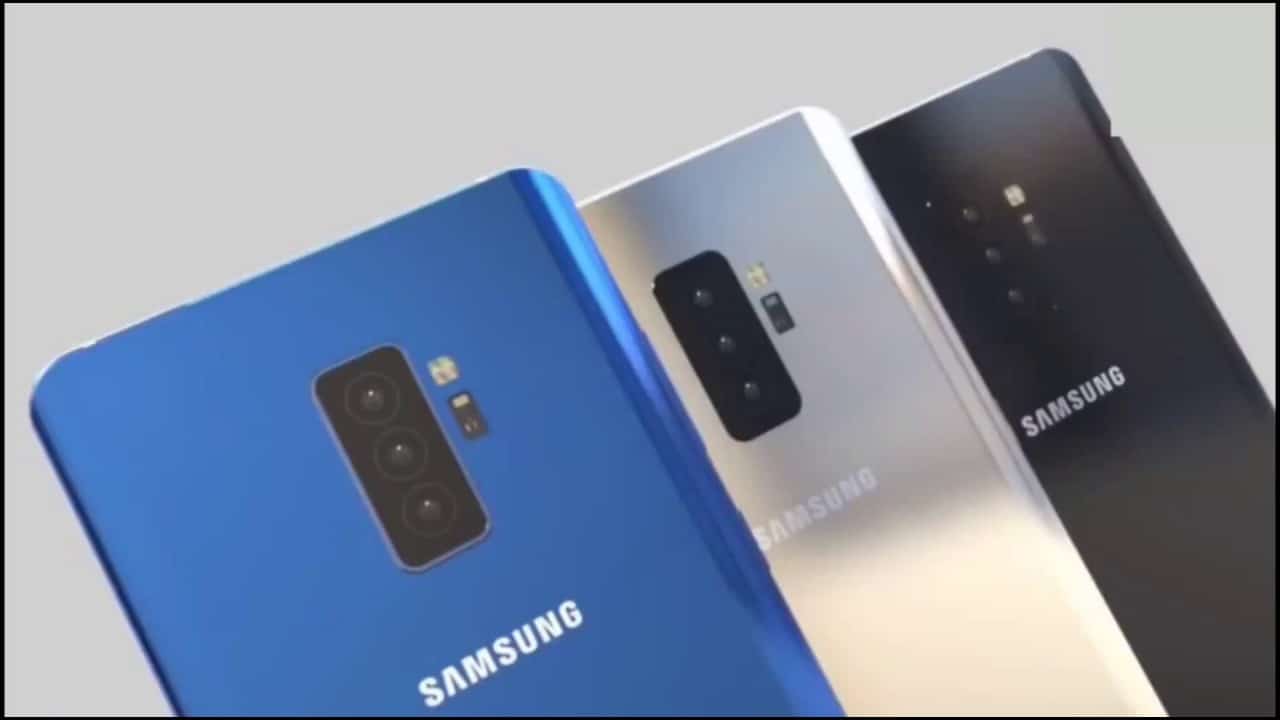 It’s been speculated that the S10 is unlikely to arrive without company. In other words, the majority of analysts have predicted that Samsung will be releasing a trio of devices at their mid-February event. It is assumed that the new Galaxy lineup will look something like this:

To be sure, there is still plenty that has yet to be officially announced about the S10. Based on previous updates and speculations, however, here are some things that consumers will likely see from Samsung’s new flagship device:

No notch on the display

In the past, Samsung poked fun at its competitor, Apples in a slew of commercials for implementing the infamous “notch” on the iPhone X and Xs models. Samsung has opted to not include a notch on the new Galaxy device.

Without an official release, there’s a large amount of unofficial artists’ renderings of the S10. The vast majority of these S10 speculation images depict the front-facing selfie camera as more of a hole-punched cutout in the top right corner of the display. This is opposed to including an unsightly bezel or notch. Okay, but these are just unofficial drawings—so what?

Well, many believe that Samsung may have actually confirmed this one themselves when they posted what appeared to be an image of this new smartphone to demonstrate a new multitasking feature. It was assumed to have been an accident on the company’s part, as the image on Samsung Newsroom was quickly corrected to one that depicts a more generic device model.

Embedded fingerprint reader in the display

Samsung is not the first company to implement a fingerprint-ID feature. However, they’ve had plenty of time to test this feature and ensure the practical security of an in-display fingerprint reader. It is more than likely that this will be the year Samsung finally implements the Qualcomm ultrasonic fingerprint scanner in their flagship devices.

It has also been rumored that Samsung will likely be dropping an iris scanning functionality from their latest device. As such, it will be interesting to see what, if any, device security options replace it and how well they perform during real-world testing.

While still unconfirmed, there have been plenty of analysts speculating that the Galaxy S10 will boast a dual—or even triple—lens camera. This would potentially consist of one wide-angle lens, an ultra-wide angle lens, and a telephoto lens.

It’s speculated that the new octa-core, Snapdragon 8150 processor will power the Galaxy S10. This would boast a clock speed of 2.8Ghz from its most powerful core. The device is likely to ship with either 8GB or 12GB of RAM, though a device with 12GB may prove to be overkill for the majority of mobile applications.

This new device might be able to fold, if it is based on previous concept designs. In other words, users may be able to slightly end their screen for a better viewing or user experience. As of now, however, this is pure speculation.

Official pricing is unlikely to be formally announced until the launch event in February. However, several reports have predicted the price for the standard model of the S10 to be priced at around $779 USD and higher for the 128GB version of the device.