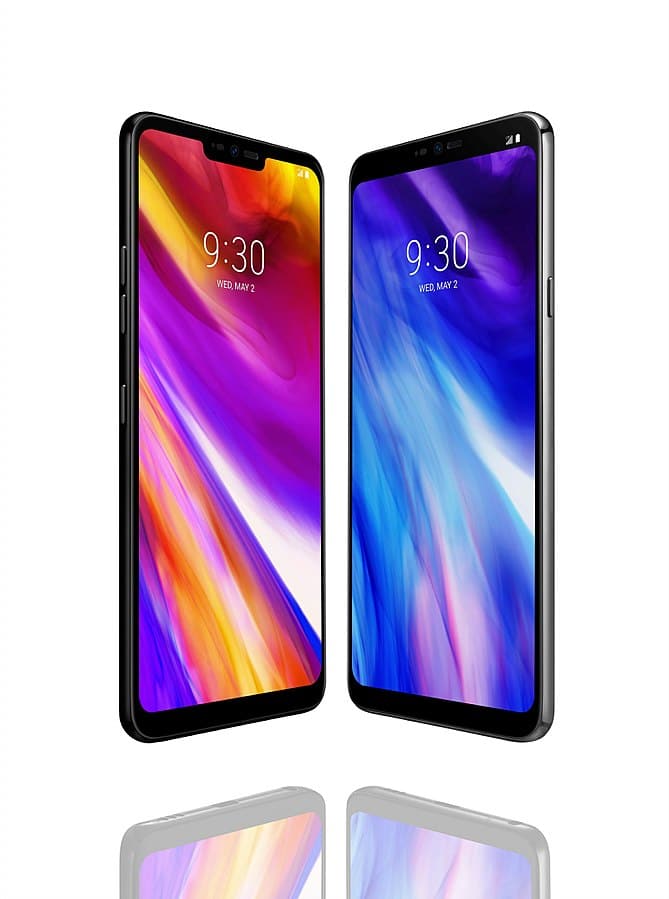 Considering how much the average person uses their phone, it’s important to make the right choice when choosing a new device. The Samsung S9 and LG G7 are two new smartphones on the market for Android users. Ultimately, a user’s preferences will determine the right smartphone for the individual consumer. We’ve analyzed some of their top features to make comparing the brands easier:

Both phones feature edge-to-edge displays, but that is where the similarity here ends. The latest smartphone from Samsung features a 5.8-inch curved Super AMOLED screen. The G7, by contrast, has a 6.1-inch flat LCD display. LG’s display won’t provide any issues to users; however, the AMOLED screen allows the S9 to provide better contrasts and enhanced colors than most other phones on the market. Both phones can display 4K and HDR videos, but the picture will be slightly better when using the S9 than on most other phones.

While the S9 and G7 both use the Android 8.0 Oreo operating system, they also feature a new software skins with some unique features, created by their respective manufacturers.

Consumers will only be able to use the popular Samsung Pay app to purchase goods at their favorite stores with the S9. The new Samsung phone also comes with an iris scanner for additional security on the device.

The most impressive feature that users will only find on the LG G7 is KnockON. This allows users to lock and unlock the phone with two quick taps on the screen. Consumers will also be able to quickly access their favorite apps thanks to LG’s floating bar feature.

Users will have a top-of-the-line digital camera in their pocket at all times when using the S9, but the G7 is able to slightly outclass its rival from Samsung here. The G7 has a 16-megapixel dual-lens camera. By contrast, the S9 only has a 12-megapixel single-lens camera. This helps the G7 outshine its competition when it comes to wide-angle and low-light shots. Both phones, however, come equipped with a front-facing 8-megapixel camera, so users will always be able to get a crystal-clear selfie.

Both phones come equipped with the Snapdragon 845 processor, so customers will not experience any slowdowns when browsing the Internet, playing games, or watching videos, able to multitask without experiencing any lag issues. The phones also share the same RAM and storage capabilities: 4 GB of RAM and 64 GB of storage will be available on both phones.

The only difference between the S9 and G7 in terms of performance is found in the speakers. The S9 offers stereo sound with its dual speakers while the G7 offers boombox speakers. LG uses the internal space in the phone as a resonance chamber to improve the bass and overall volume output of its speaker.

The Samsung S9 and LG G7 are similar when it comes to other important feature found on smartphones. The share a somewhat similar design, with their buttons, fingerprint sensor, and headphone jack appearing in the same location on both phones. They also both have the same 3,000aMh battery, enough to get most people through the day. Those prone to dropping their phones will be happy to know that both smartphones are dust and water resistant.