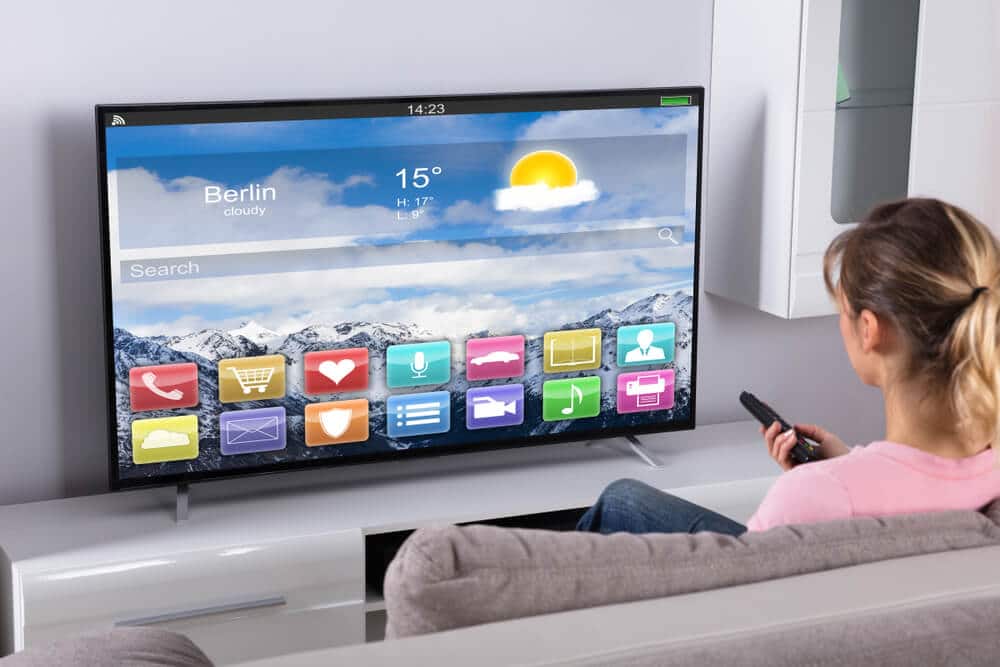 TVs have come a long way from wooden cabinets with dials. Modern day televisions are sleek, powerful, and can even control other features of your home! And while there are plenty of options to choose from, finding the right TV partly means searching for the best deals.

Not sure where to start? Not a problem. We’ll take a look at some of the top smart TVs currently available to help you get more bang for your buck. Currently, Best Buy has a sale on all Smart TVs, so let’s jump into some of the best available options right now.

One of the most popular brands on the market, Samsung has made a name for itself in the technology industry for good reason: their products are well-made, innovative, and affordable. This TV is no exception.

The 7 Series has a 4K LED display enhanced with Samsung’s “Crystal Processor” for an amazing image. Namely, it is beautiful and colorful with perfect clarity. What really makes this TV stand out, though, is the Motion Rate 120. While the display is only 60Hz, this feature fills in extra frames to make for a very smooth picture with a snappy response to all button inputs.

It is a Smart TV and can stream all the major channels like Apple TV+, Disney+, Google Play, HBO, Hulu, Netflix, Amazon Prime Video, SHOWTIME, Sling TV, and YouTube.

Our only complaint about this device is that it has limited I/O. With only two HDMI ports, you may need to do some switching if you plan to have three things hooked up.

Right now, the Samsung 65″ UHD 7 Series is on sale for $499.99 at Best Buy. It is a giant TV at a great price for those just looking for an easy streaming device.

Known for more affordable tech, LG has struggled in other areas, but it is undeniable that their screens are top-notch. The 6 Series is the cheapest option on this list, but don’t let it fool you—it is a powerful competitor.

This TV has a 4K display, which is quickly becoming the standard. It furthermore offers upscaling technology that is often missing from other TVs. What this means is that even a signal in 1080p (like a cable box or game console) will show up clearer than it would on a normal screen. This display itself is an IPS LED screen, meaning that there is less glare from side angles and cleaner colors as well. So, even though it may be smaller, gathering around this TV will provide a clear picture from anywhere in the room.

This TVs Smart features allow for streaming of all major channels, and can even be integrated into your home’s Alexa, Google Home, or other smart device. It has three HDMI inputs and decent speakers if you don’t already have a separate stereo or sound bar.

The only downside is that at 43″, you may need a larger device depending on your room size.

Sony has been the top brand of televisions for years, and it is easy to see why: the Sony X800H is a gorgeous TV with the clearest screen on this list so far.

This TV, like the others, sports a 4K LED display. However, this TV is further equipped with a dedicated 4K upscaling processor, a TRILUMINOS screen, and HDR powered by Dolby Vision. If that last sentence was gibberish to you, what it adds up to is an amazing display. It is crisp, rich, and fluid in every way possible. It also has Motionflow XR240 to upgrade the 60Hz refresh rate even more than the Samsung 7 Series.

This Smart TV streams all the major channels using Android TV software, and it can be connected to your home’s smart devices as well. However, it comes with a voice control remote, so even on its own you can quickly jump from one streaming service to another.

The only con? It’s a bit more expensive than other TVs of similar size. However, we think what it offers more than makes up for this fact.

And now for the extravagant. For those looking to top-out their home theater, look no further than the Magnolia LG Nano 9 Series.

This TV is by far the most expensive on this roundup, and for good reason. It is an 8K IPS LED display, and it is magnificent. Its Smart TV features stream all the normal channels, and its AI-driven processor can act as the center of your home’s smart features. Imagine asking your TV’s remote to dim the lights for you.

However, there is a kicker: all streaming channels and most devices do not support 8K—yet, that is. This is definitively a TV for someone looking to future-proof their home theater.

No matter what you need, now is a great time to get a deal on a new Smart TV. Upgrade your home theater and ditch the streaming device for an all-in-one that is sure to surprise you.