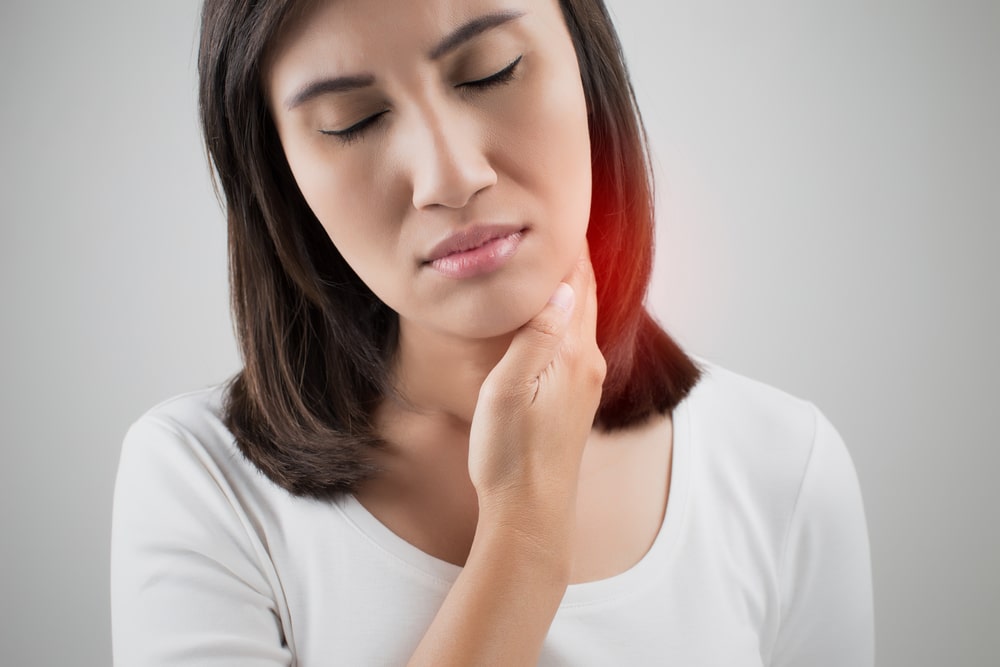 Lymph node cancer is often caused by cancer spreading to the area from another part of the body. Sometimes, cancer can start in the lymph nodes, which is also called lymphoma.

If you experience lumps in your neck or extreme fatigue, you might be at risk for cancerous lymph nodes. Those aren’t the only symptoms of lymph node cancer, though, as there are several more to look out for, including…

1. Lumps Under the Skin

Lymph node cancer can also affect the outside of your skin, too…

Itching skin isn’t a common symptom of lymph node cancer, but it’s definitely one to look out for. Typically, itching caused by lymph node cancer happens where there are lymph nodes and often looks like a rash. This rash can often be mistaken for eczema, but it’s important to seek medical attention to know for sure.

Lymph node cancer takes a lot out of you, as your body spends a lot of its energy fighting off infection. As a result, you may feel extreme fatigue…

Feeling extra tired lately? It might not just be from your busy schedule or long nights. In fact, extreme fatigue is a symptom of lymph node cancer. Obviously, fatigue can be caused by a wide variety of things, but if you find that your fatigue is paired with other lymph node cancer symptoms, see a doctor.

While it’s not specifically known why lymph node cancer causes night sweats, it’s often hypothesized that it’s your body’s response to some of the chemicals produced by the formation of cancer cells.

These night sweats are often described as ‘drenching’, so much so that patients report having to change their bedsheets during the night. If you’ve experienced intense night sweats as of late, don’t ignore this symptom. See a medical professional for a potential diagnosis.

Almost all forms of cancer result in appetite loss, as it often changes the way your body turns food into energy, causing you to feel too full to eat. This is most common in stomach, pancreatic, colon, and ovarian cancers, but can also be linked to lymph node cancer.

Appetite loss is often followed by unintentional weight loss, as seen by the next symptom…

When you lose weight without meaning to, it can often be caused by a loss of appetite. When it comes to lymph node cancer, though, it’s often due to your body working extra hard to fight off cancer cells. This overuse of energy often causes a change in your metabolism, leading to weight loss.

When your body contains cancer cells, it has to work harder than usual to get enough oxygen. In turn, this makes it harder to break. Especially with lymph node cancer, the enlargement of lymph nodes in your chest can narrow and irritate airways, causing shortness of breath.

If you’ve experienced this symptom consistently, seek medical attention, as it could be a sign of lymph node cancer.

Typically, fevers caused by lymph node cancers are described as ‘low-grade’ fevers, as they don’t get any higher than 38°C or 100.4°F. These fevers usually come and go and are early signs of lymph node cancer. If you have a fever without an obvious infection for more than 2 weeks, contact your doctor immediately.