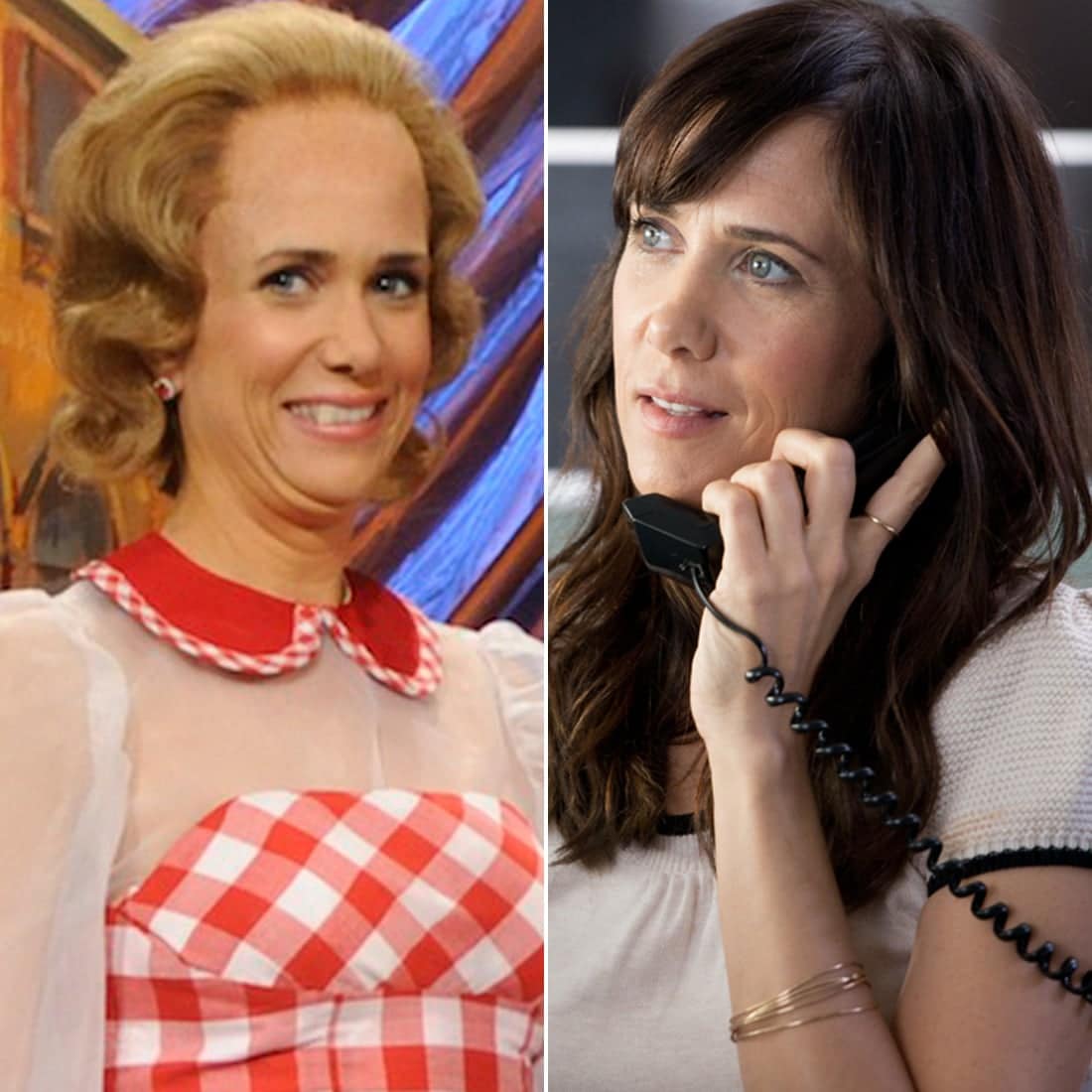 Saturday Night Live is a mainstay in our American culture. For decades we’ve been staying up late to see our favorite actors portray our favorite characters so we can laugh well into the night and talk about the latest sketches with our friends and families throughout the week.

We haven’t met anyone who doesn’t love Keenan Thompson on SNL. He’s energetic, good-natured, and he always brings well-developed comic nuance to the characters he plays. In 2003, Kenan Thompson became the youngest cast member on the show. In fact, he wasn’t even born when the show went on air in 1975! He was 25 years old the first time he went live with SNL.

Our little Keenan is all grown up! In an interview with Entertainment Weekly, Keenan made it clear he has no plans to leave SNL. In fact, he’s already the longest-tenured cast member in Saturday Night Live‘s history with 18 seasons under his belt! He told EW:

“I keep saying I’m trying to get to 20 [seasons]. So if they don’t throw me out of there before, I’m trying to get to 20. And then, I don’t know if it makes sense for me to leave even after that point. As long as the show keeps going and they want me to be there and I don’t feel like I’m in the way of somebody else’s opportunity, should I just oblige? I don’t really know what to do at this point, as far as leaving is concerned. Like, why should I ever have to leave?” We agree! Why mess with a good thing?

Amy Poehler joined the cast of SNL in 2001 due to Tina Fey’s efforts to recruit her. What a great friend Tina Fey was! Poehler began at the start of the 2001–2002 season. Interestingly, Poehler made her debut in the first episode produced after the 9/11 attacks.

Talk about a glow-up! After leaving SNL in December 2008, Poehler returned to television on the sitcom Parks and Recreation, playing Leslie Knope. That sitcom ran from 2009-2015, and it continues to stream on the Peacock app. Other than playing Leslie, Poehler has enjoyed additional stand-out roles, including her voiceover work as Joy in the Pixar film Inside Out and Angie in Baby Mama. Poehler wrote a book in 2014 entitled Yes Please, and she’s hosted the Golden Globe Awards four times with her bestie, Tina Fey.

Does anyone else start laughing just looking at a photo of Will Ferrell? This photo is from his debut performance on Saturday Night Live. Ferrell was invited to join the show in 1995 and remained a cast member until he left in 2002 to focus on a film career.

And what a film career he has had! Ferrell went on to produce and act in several films–some of which you’ll recognize right away and others you may not have seen but will want to find on your nearest streaming service right away! His more prominent roles include Ron Burgundy in Anchorman: The Legend of Ron Burgundy and Anchorman 2: The Legend Continues, as well as Ricky Bobby in Talladega Nights: The Ballad of Ricky Bobby.

Ferrell’s “deep tracks” include his role as Harold Crick in Stranger Than Fiction and Nick Halsey in Everything Must Go. According to IMDB, he recently announced his next project would be producing a film entitled Bad Blood. Three cheers for more Will Ferrell films!

Murphy made his debut as a Saturday Night Live featured player on December 6, 1980, when he was featured in the middle of a “Weekend Update” segment. He was promoted to the main cast the following month, on January 24, 1981. Murphy was only 19 years old at the time.

Though Eddie Murphy rose to fame on SNL (1980-1984), he went on to have a vibrant career on the big screen. At age 21, Murphy co-starred with Nick Nolte in 48 Hours, and he went on to star in Trading Places, Beverly Hills Cop, Coming to America, The Nutty Professor, and Shrek. He continues to star in many movies, including comedies, dramas, and family films.

Most recently, he spoke with Firstpost about his next moves, “The plan was to go do Dolemite, Saturday Night Live[as the host], Coming 2 America, and then do stand-up and see how I felt afterward.” We can’t wait to see what he does next!

Kristen Wiig debuted on SNL on November 12, 2005. Her characters, including the one-upping Penelope, the devious Gilly, and her spot-on impressions of financial adviser Suze Orman and Speaker of the House Nancy Pelosi, quickly became fan favorites.

Wiig left the show in 2012. Her successful portrayal of Annie Walker in the Oscar-nominated film Bridesmaids helped pave her exit from SNL.

It’s incredible what becoming a successful film star will do for a woman! Some of her most successful roles include Annie in Bridesmaids, Maggie in The Skeleton Twins, and Cheryl in The Secret Life of Walter Mitty. Currently, she’s in pre-production for an upcoming TV series called MacGruber in which she plays Vicki St. Elmo (love interest to the title role).

Wiig is a masterful actor. As we saw in SNL, she can play broad comedy, and then she can turn around and play nuanced and heartbreaking realistic characters, such as in Welcome to Me. She’s come a long way since 2005!

On February 9, 1991, Sandler was introduced as a cast member for the first time. It was an inauspicious beginning, as he was barely seen in the episode. Sandler’s first flash of screen time came during a sketch centered on Rob Schneider’s “Richmeister” character. According to ultimateclassicrock.com, “When the office copier breaks down, Rich no longer knows how to survive in the workplace. Sandler, in a non-speaking part, helped the episode’s host, Kevin Bacon, wheel the broken copier offscreen.” That doesn’t sound like much of a role.

In 1995, Adam Sandler was fired from SNL after five years on the show.

Sandler told Howard Stern on The Howard Stern Show, “At the time, I was hurt, because I didn’t know what else I was going to do.” Sandler says he was fired during an odd conversation with his manager:

After leaving the show, Sandler figured out what to do–he went on to have a successful career on the big screen. He played Bobby in The Waterboy, Robbie in The Wedding Singer, Nicky in Little Nicky, and Sonny in Big Daddy, just to name a few of his film roles. Well done, Adam!

In 1995, Tina Fey began her tenure on Saturday Night Live as a writer. Later, she became the show’s head writer and its “Weekend Update” co-host. From 1998-2006 she was officially made a cast member. That’s quite a journey. Not many people can say they were writers and actors for America’s most popular sketch comedy show.

Tina Fey is a female force to be reckoned with. She’s unstoppable when it comes to writing and acting. Once Fey left SNL, she went on to write the hit movie Mean Girls (which later became a successful musical), then she went on to thrive as the star of the popular NBC sitcom 30 Rock. After that, she co-created the Netflix series Unbreakable Kimmy Schmidt.

Incidentally, according to wealthypersons.com, her net worth as of 2021 is $75 million.

See what we mean? Unstoppable!

Kate McKinnon joined the cast of Saturday Night Live as a featured player on April 7, 2012. She was promoted to repertory status in season 39 in 2013. Some of her most highly ranked SNL characters include her spot-on impersonations of Justin Beiber and Ruth Bader Ginsberg, and fictional character Colleen Rafferty, who aliens had visited. . . several times.

Kate McKinnon is still a cast member for Season 47 of SNL and currently appears in the show’s opening credits.

In September 2021, Deadline reported that SNL executive producer Lorne Michaels has become more lenient with cast members agreeing to do other projects while filming SNL. To that end, McKinnon has already enjoyed success beyond her tenure on the sketch comedy show. She played Jillian in Ghostbusters, Jess in Bombshell, and Kiwi in Rough Night. She’s also been contracted as the spokesperson for Verizon.

It certainly seems like McKinnon will continue to go places!

Martin came to public notice in the 1960s as a writer for The Smothers Brothers Comedy Hour. In the 1970s, besides hosting SNL, Martin performed his offbeat, absurdist comedy routines before packed houses on national tours.

Not that the measure of a man is the money he makes, but . . . Steve Martin’s net worth as of 2021 is $150 million. We think that’s a good indication he’s done something right. Or, a lot of things right!

We would be remiss if we left out the epic holiday comedy starring Martin and the late John Candy, Planes, Trains, and Automobiles.

We’d say Steve Martin has come a long way from the first time he hosted SNL in 1977. He’s only gotten better and better!

Bill Murray’s first episode on Saturday Night Live aired on January 15, 1977, when he came in as a replacement for Chevy Chase; which reminds us of a story . . .

Chevy Chase was the first SNL alumn to come back to host the show. When he returned to host in 1978, it is rumored that Chase came in like he owned the place. He was bossing castmates around and trying to control how the sketches moved along. Murray took it upon himself to stand up for the cast and say something to Chase. The heated confrontation turned to blows right before the live taping of the show began! Thanks to John Belushi, who stepped in between the two, the audience didn’t have to witness the fistfight.

Since leaving Saturday Night Live in 1980, Murray has delighted audiences with hilarious characters, and he’s broken our hearts in a few, too. He truly is one of our country’s finest actors.

For those who love him most as a comedian, titles like Caddyshack, Ghostbusters, Meatballs, and What About Bob might ring a bell. Lost in Translation, Saint Vincent, and Broken Flowers are among his most beautiful portrayals for those who followed his more dramatic roles.

Whether you love him for the way he makes you laugh, how he makes you think, or both, Bill Murray has had a highly successful career. We look forward to whatever he does next!

Travel Facts - How to ace airports