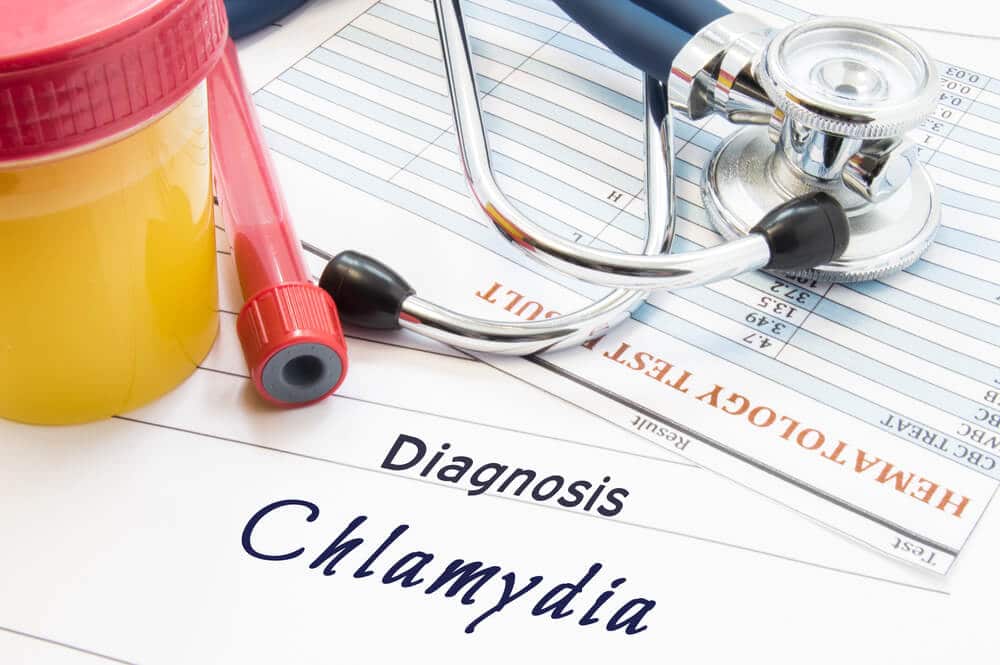 Chlamydia is an infection caused by the bacteria Chlamydia trachomatis, and it can have damaging effects on both men and women. However, men and women tend to experience different symptoms, with some being more specific to one gender than the other.

This article will explore the differences in symptoms between male and female chlamydia infections and what happens if chlamydia is left untreated.

Both men and women who suffer from chlamydia often complain of having difficulty urinating. They often describe this pain as having a burning or stinging sensation, and in some cases, peeing blood as well. A frequent urge to go to the toilet may also be felt.

Can it be just plain UTI?

Difficulty urinating is one of the common symptoms of UTI (urinary tract infection), but it’s definitely not a reason to be complacent either. It’s still imperative that you still get yourself checked, just in case, especially when you see something like…

When women get infected with chlamydia, sex can be especially painful. And why is this so? The vaginal tissues suffer what is known as cervicitis, or the inflammation of the cervix. Cervicitis causes vaginal tissues to become extremely sensitive, making intercourse extremely painful due to the pressure.

And this pressure leads to the following…

The pressure and friction during sex while having sensitive vaginal tissues often leads to painful sex, and oftentimes, postcoital bleeding. This bleeding can go from mild to moderately heavy, so it’s imperative to consult a medical professional when this occurs.

Along with bleeding, women might notice the following symptom as well…

Vaginal discharges are normal, as they flush away dead cells and bacteria, keeping the vagina clean. Normally, these discharges are odorless and have a clear or white color. But, if you notice a strange, pus-like green or yellow-colored discharge with a strong odor, it could be a sign of chlamydia.

Sometimes my vaginal discharges have different other colors. What about them?

Having differently colored vaginal discharges could indicate other health problems. These include, but are not limited to, the following:

Having considered the last few symptoms, it’s important to have yourself treated immediately, lest it leads to…

Pain In The Pelvis Area

Sometimes, when left untreated, these infections can affect both the uterus and fallopian tubes, eventually causing pelvic inflammatory disease (PID). PID causes symptoms such as pelvic and even abdominal pain.

But whether or not signs will appear, chlamydia can lead to infertility and other complications later on…

Vaginal tissue inflammation often leads to bleeding in between periods. This bleeding ranges from light to moderately heavy. If it is not treated immediately, it can lead to serious complications like infertility. So it’s important to seek professional help as soon as this symptom occurs.

Lest we forget, it’s not only the women who suffer from chlamydia, they also share a common symptom with men…

Like with women, discharges are also a tell-tale sign of chlamydia among men. This discharge is characterized by its thick, smelly, yellowish (sometimes brown) features. It oozes out of the penis head and usually forms around the tip.

Going down further south, we find our next symptom..

Chlamydia can cause a bacterial infection called epididymitis, which is the inflammation of the coiled tube located at the back of the testicles that conserves sperm. This often results in scrotal pain, swelling, and, in more serious cases, fever. Permanent damage can occur if it is not treated immediately.

Experiencing pain won’t be your only problem, though, as our penultimate symptom proves…

The overall itching and irritation of the genitals is also a common symptom of chlamydia. Classified as chlamydial urethritis, this usually appears between 1-3 weeks after having been exposed to the disease. The irritation is usually just within the tip of the penis or at the tip of the urethra. This placement makes urination more difficult and painful.

Our last symptom however, is in somewhere where you’d least expect it….

That’s right: chlamydia can also affect our eyes when they come in contact with semen or vaginal fluid, or even by touching them with hands without proper washing. This then leads to chlamydial conjunctivitis or pink eye.

Chlamydial conjunctivitis is characterized by the following symptoms: