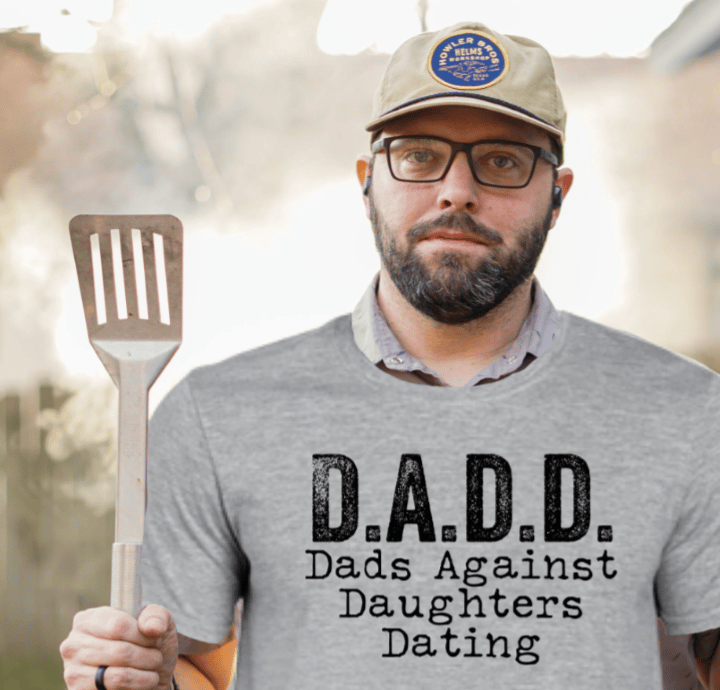 Everybody’s seen that one T-shirt that makes you cringe, yet also makes you crack a smile. Maybe it’s Aunt Marge’s “hot and flashy” high school reunion tee, or your granddad’s favorite fishing shirt that’s more embarrassing than it is punny.

Spotted everywhere from the church picnic to your local Walmart, here are some of our favorite T-shirts that are equally horrible and hilarious.

This shirt is a good shirt to use if you are in high school about to take your science test, it would help you get at least one answer right. We can assume that at least one teacher in the science department owns this shirt. It would be hilarious to see a teacher wear it on a random day at school. It would for sure provoke some giggles around the classroom.

This is a statement a lot of us can agree with or some of us wish we we could. Rather you can sleep for hours or not, this t-shirt could be anyone’s mantra. Wearing it every day could perhaps improve your sleep. It’s also a great way to manifest.

This sounds like a classic dad joke. It definitely sounds old school. It would not be a good idea to wear this t-shirt at the Sunday mass. The priest wouldn’t like it and you would most likely be labeled as an anti-christ. The only place this shirt would be ethically allowed is at a comedy club and it wouldn’t even make a lot of people laugh. Bottom line: If you own this shirt, don’t use it.

Sober at a football game, anybody?

Hopefully he’s not an alcoholic that just left rehab. That would not be good. But what’s even worst about this picture is that this man is proud of being 0 days sober. In fact, he’s so proud of it that he asked his other buddy to take a picture. Now, this picture would not make this man’s family proud of this was the case.

Does that bring back memories? Maybe some traumatic memories. Being young and having access to these recorders was probably not a good idea. This shirt makes this famous music look like a heavy metal band. Imagine your music teacher wearing this shirt during music class. Parents with a sense a humor would laugh during the concert.

In case no one noticed this man’s American Italian accent, wearing this t-shirt will make it more obvious. To this random man’s credit, few people would be brave enough to wear a shirt like this. However, by the looks of it, this man isn’t a full-blooded Italian. He’s most likely from New Jersey and knows a few Italian words. Don’t mess with this man’s spaghetti and meatballs!

There’s a few elements worth mentioning in this picture. Hopefully, the other shirt is not at the mom’s house of the guy taking the picture. Also, the American flag tattoo adds another cringy element to this picture. You need to be a brave person to wear this shirt. If this man crosses path with someone who’s not in the right mood, then he will get in trouble.

Watch out for the police

This is a throw back t-shirt. It was really popular in the 90’s for a good reason. It’s a hilarious t-shirt, but it’s not the best idea to walk around with it. You wouldn’t want any police man seeing you wearing this shirt. There’s a chance they might laugh at it. Is worth the risk? Yes, it is. It’s all worth it in the name of comedy.

This t-shirt offers us another way to get stoned. We probably wouldn’t survive to tell the story, but someone could tell it for us. Eating wet cement is a horrible idea. Please don’t try it at home or at a construction sight. But this shirt would surely bring some much needed sense of humor to a construction sight.

Perhaps the most controversial t-shirt of the bunch so far. PETA would not be happy to see someone wearing it. That could also cause some range amongst the vegan radicals. If you own a shirt like that don’t ever use it at an anti-killing animal protest. There’s a chance you’re going to quickly become the antagonist.

If you are a proud bald individual, this t-shirt is for you. This t-shirt is also for the people that think having a full head of hair is overrated (do people like this even existe?) Anyways, if you check any of these descriptions above then this t-shirt was made for you. Wear at anytime and anywhere.

People can be great

Looking for a dose of inspiration? If yes, then we should hang out with this guy. Although the text in t-shirt is a little too long, it’s worth reading. This guy is a truly an “autism warrior” it’s just hard to decipher how this applies directly to an autistic person. It would make more sense if this man was part of a church group or something. Good intention, not the greatest execution.

This shirt is what USA is all about. Extremely bad eating habits. This statement brings an interesting debate to the table. Is America the biggest sausage eating population in the world? This guy would pridefully agree. It’s also hard to tell if he’s being patriotic or just a sausage eating enthusiast. Who knows…

No need to write a will for this guy. This t-shirt says it all. It takes dark humor to another level and anyone 60 year old or more is welcome to use at anytime. We can only hope his family got the memo. The best occasion to wear this shirt would be at a funeral. It would at least bring some laughter to a morbid situation.

All the cheese lovers out there would be honored to wear this shirt. If you are a cheese lover these are words to live by. Also, you’re not the first to sing the song while reading the text. It’s a great song, but an even better parody. Sweet dreams are definitely made out of cheese.

Another dad joke, but this time you need to pay $5.49 dollars or just take a picture and send it to your kids. This shirt surely applies to a lot of people. It’s possibly the only successful dad joke in the history of dad jokes. Make sure not to use it frequently because jokes do get old. Save it for a special occasion when you have all your kids together. You might finally make them laugh.

Another shirt that successfully turned a famous song into a contemporary parody. Those who have experienced anxiety before can relate to it. The best occasion to wear this shirt would be at a massage parlor and the masseuse will know exactly which part of your body to focus on. So, when having an anxiety attack, you can buy this shirt then go to a masseuse.

We can all agree that ancestry.com is not the best place to find your wife. It’s 100% certain that this guys wife is related to him and as we all know, that’s not good for the sake of their future children. Also, half of the women’s face in this picture is cut off and we can only wonder what the other half looks like. Did her parents also meet on ancestry.com? Regardless, this is horrible advertisement.

This has got to be one of the cleverest tacky t-shirt out there, specially if you are lactose intolerant. In case you are not, please buy it for someone that is. They will most likely shed tears of laugher. Interestingly, if the image was smaller on the top left corner of your shirt people would even think it’s an actual Lacoste shirt. Another successful parody.

This shirt would be perfect for Jeffrey Dahmer (the American murder), if he was heterosexual. It also proves why necrophilic jokes will never be in fashion. We can’t help but worry about this women who this man is talking to, but what’s even worse is that this shirt is guaranteed to raise eyebrows in any situation. Please don’t ever buy this shirt.

Oof. If there’s one thing we know all dads like to joke about, it’s getting the shotgun ready for when their daughters’ boyfriends come a-knockin’. However, forming the D.A.D.D., or Dads Against Daughters Dating organization might be going just a tad too far. Is it a hilarious shirt? Of course, but once a girl is of dating age, forbidding her from going out is only going to make that father-daughter relationship that much harder.