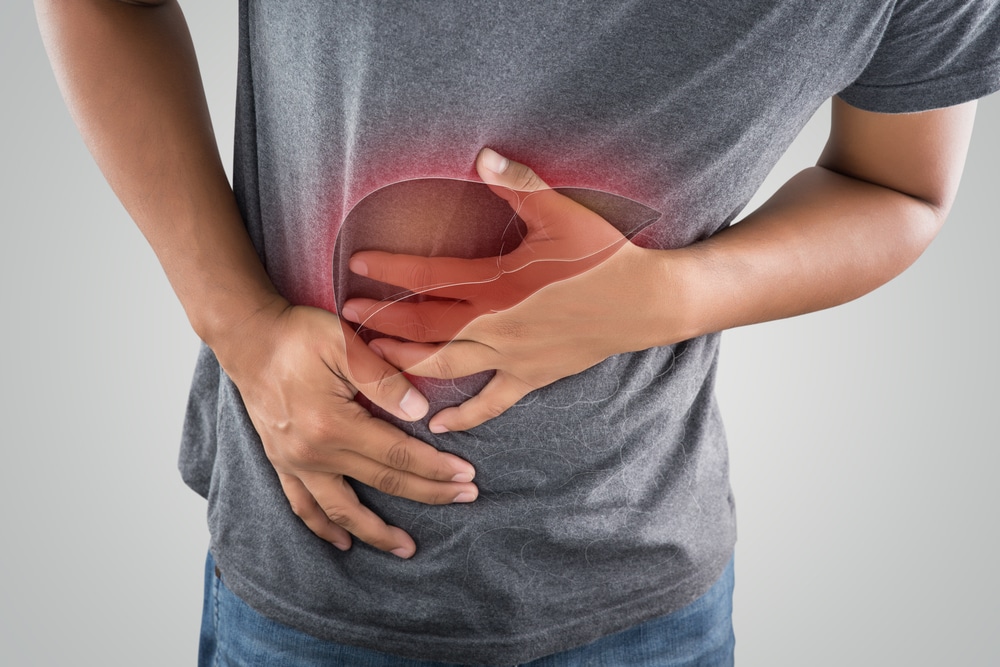 Liver cancer, also known as hepatic cancer, typically begins in the cells of livers that have been damaged by alcohol abuse, chronic infections, and birth defects. This form of cancer is often treatable, but can be difficult to cure.

Regardless, this form of cancer can be fatal, making it crucial that you look out for warning signs and symptoms, including…

One of the earliest signs of liver cancer is jaundice, which can be characterized by the yellowing of the eyes or skin. When cells in the liver are subject to damage, the level of bilirubin in the blood is increased.

Bilirubin is a brownish-yellow substance found in bile, which is produced when the liver breaks down old red blood cells. Once the level of bilirubin in the blood increases, jaundice is formed.

While fatigue doesn’t necessarily have to be caused by an underlying disease, it is an early symptom of liver cancer that you should look out for. Fatigue can be categorized by feeling chronic tiredness, muscle weakness, slowed reflexes, and irritability.

If you’ve been noticeably and consistently fatigued as of late, contact your doctor, as they can help figure out a possible diagnosis as well as treatment options. Especially if your fatigue is paired with other symptoms of liver cancer, seek medical help immediately.

This next symptom and fatigue typically go hand-in-hand…

Your liver plays a key role in your digestive system, so when it’s damaged, loss of appetite typically follows. Plus, most forms of cancer can affect how the body recognizes that it’s hungry, making food seem unappealing more often.

When a liver cancer patient loses their appetite, unintentional weight loss can begin…

More often than not, liver cancer patients will lose weight without trying. This is due to a common loss of appetite as mentioned above, but might also be caused by an increase of cytokines within your system. Unintentional weight loss is concerning no matter the cause, making it important to see your doctor immediately.

It’s common for liver patients to experience a dull, throbbing sensation in the upper abdomen. In worse cases, this pain can feel like a stabbing sensation that can cause shortness of breath.

This pain is often attributed to the sensory nerves in the outer covering of the liver being damaged by tumors, thus causing pain. If you’re experiencing upper abdomen pain for longer than two weeks, contact your doctor as soon as possible, as this is a sign of liver cancer.

Patients with liver cancer, or most cancer in general, often experience nausea and vomiting. This is often caused by the hormones that some liver tumors produce that act on organs surrounding organs other than the liver.

These hormones can cause high blood calcium levels, which often results in nausea, vomiting, or general feelings of weakness. While nausea and vomiting can be caused by a wide variety of conditions, it’s important to see your doctor if these symptoms persist.

The next symptom is often closely associated with liver cancer…

Liver cancer often causes white, chalky stools, which suggests that your body has a lack of bile. Bile is a fluid that’s produced and released by the liver and it’s essential for proper digestion. When there’s a lack of bile in your system, your stools are directly affected.