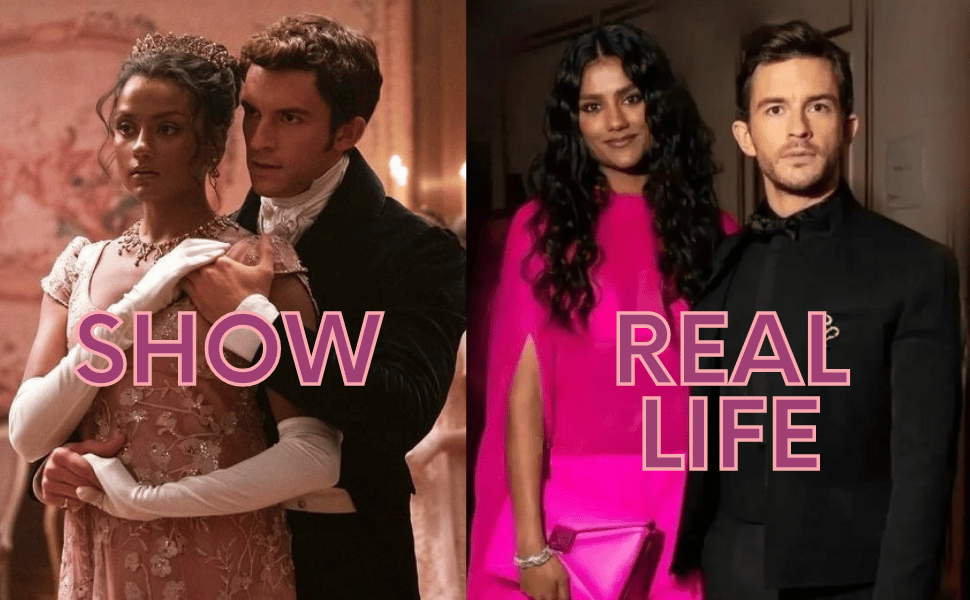 As one of Netflix’s biggest and brightest original series, Bridgerton is known just as much for its Regency romances as its colorful costumes and lavish sets. Thanks to an incredible costume department, the Bridgerton cast is clad in a number of bright ballgowns and dashing dresscoats throughout the series. But have you ever wondered what the actors and actresses look like without their Regency-era fashions, trading in breeches and petticoats for T-shirts and sweatpants? Compared to their period drama clothing, here’s what the Bridgerton cast looks like offscreen…

Note: this article may contain some spoilers for both the Bridgerton TV show and novels.

Irish actress Nicola Coughlan plays always-a-wallflower Penelope Featherington in the Bridgerton series. While Penelope is often seen in a number of bright yellow, pink, and sometimes orange gowns (often decorated to the point of gaudiness), in real life Coughlan’s style is a bit more understated. And oh, she’s a natural blonde in real life, not a redhead!

Acting as Simon Basset, the Duke of Hastings in Bridgerton‘s first season, actor Regé-Jean Page stole many viewers’ hearts while dressed in embroidered silk vests and long, dark tailcoats. In real life, Page still looks very handsome and dapper in a modern suit (note that Page leaving his shirts slightly unbuttoned is a trend both on and off camera!).

Actress Claudia Jessie keeps her wardrobe rather simple, yet elegant and mature during her daily life. As Eloise Bridgerton on Bridgerton, however, Jessie’s costumes are often a bit stuffier, with high, ruffled necklines, ribbon hairpieces, and several frilly gloves and coats. And while Eloise’s bangs fit in among the show’s Regency-era hairstyles, we’re glad Jessie’s offscreen hairstyles are fringeless.

Actress Adjoa Andoh has arguably one of the best and most brilliant wardrobes of the entire Bridgerton cast, wearing a number of rich, regal gowns as Lady Danbury in addition to some stunning, sparkling accessories. In her day to day, Andoh keeps things a bit more casual, often in jeans and a soft tee.

Joining the cast of Bridgerton during its second season, actress Charithra Chandran stood out as a pillar of loveliness as Miss Edwina Sharma. Clothed in several elegant empire gowns (most of them varying shades of pink), Edwina’s wardrobe is the envy of many girls who just wanted to be princesses when they grew up. Off-camera, Chandran’s style is feminine and fun, with a bit more variety in her color palette.

We’re just going to say it: actress Ruth Gemmell is elegant in anything she wears. Whether it’s jeans and a soft white dress shirt pictured above left, or one of her fancier Bridgerton ballgowns seen above right, Gemmell is a vision. We also admire her jewelry taste on and offscreen, especially Lady Violet’s amethyst jewelry suite, with some of the most standout gems of the whole show.

Every TV needs a good villain, and in season one of Bridgerton, it was the bumbling suitor Lord Nigel Berbrooke, played by Irish actor Jamie Beamish. While he played Lord Berbrooke to perfect stuffy perfection (just look at that pinky ring and tight cravat!) Beamish looks much more comfortable in a pair of jeans and a Waterford polo. And we much prefer his 2020s beard to his 1810s sideburns!

Daphne Bridgerton didn’t just steal Simon Basset’s heart as the female protagonist in Bridgerton‘s first season, she stole our attention with every pastel blue gown worn onscreen. Offscreen, we admire actress Phoebe Dynevor’s change of accessories, trading in gloves and shawls for sunglasses and a cute purse. We also like Dynevor’s softer, longer bangs compared to Daphne’s sorter, stiffer ones.

Though he may be playing the third eldest Bridgerton son, actor Luke Newton has had several notable moments as Colin throughout the show so far, some of which include whenever he dons his various colorful vests, cravats, and tailcoats. Newton’s real-life wardrobe is a little less colorful by comparison, yet still very stylish.

We could probably spend a full hour just on Queen Charlotte’s wigs in Bridgerton, but instead, we’re going to try and keep it brief. As the queen, Guyanese-British actress Golda Rosheuvel steals every scene with her opulent ballgowns, dazzling jewelry, and sky-high wigs. Rosheuvel is a bit more understated during her normal day-to-day, though still occasionally sports some tall, terrific hair!

Dapper in whatever he wears, Benedict Bridgerton can often be found without a tailcoat and with his sleeves rolled up, working on a sketch or painting. Actor Luke Thompson likewise keeps things fairly comfortable and causal, and shares his character’s love of art, sometimes drawing onset between filming Bridgerton scenes.

As Lady Portia Featherington, actress Polly Walker often stands out with her over-the-top wardrobe in Bridgerton. Though her character’s style isn’t as opulent as the queen’s, Lady Featherington’s costumes often contain the boldest hues and most lavish details on screen. In real life, Walker’s style is a bit more understated, and we have to say, she pulls off both types of attire with a confidence few could match.

New to season two of Bridgerton, actress Simone Ashley plays Kate Sharma (and eventually the Viscountess, Kate Bridgerton). Compared to Daphne’s pale, pastel-hued dresses in season one, Kate’s gowns are often much deeper shades of purple and turquoise, even occasionally orange. Ashley can be just as bold with her wardrobe off-camera, displaying just as much confidence as her character, though granted showing a bit more skin from time to time.

With or without his infamous sideburns in Bridgerton‘s first season, Viscount Anthony Bridgerton (played by actor Jonathan Bailey) often dresses the part of the head of the family with his dashing tailcoats, cravats, and occasional tophats. Bailey himself can be equally stylish, often dressed to the nines in various suits at red carpet events.