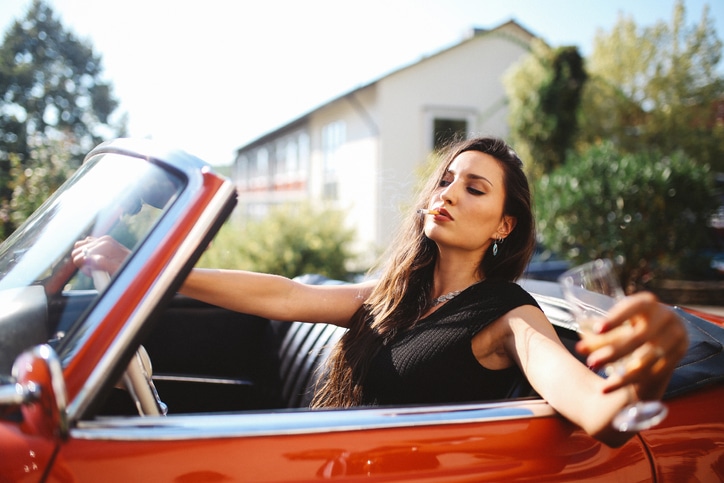 She stood at the hole he made in the window–broken glass glistening in the sunshine as she carefully tiptoed around it. The way the wind blew through the shattered window reminded her she was alive–she couldn’t say she was happy about it, but here she was. Not sure whether she had the stomach to look at the ground below–but knowing she must–Samantha took a deep breath and stepped toward the hole.

She could hear glass crunching beneath her heels. She walked to the edge of the window and looked over . . .

No one really liked Kevin. They all wanted him to like them though.

He enjoyed the perks of being popular–he always had an entourage of professionally dressed young women around him, and his contemporaries knew this about him. They invited Kevin to after-hours parties with the caveat he bring his “ladies” with him, and he often got business because he carefully chose young female associates who were effectively like honey to corporate flies.

The girls Kevin hired fell over themselves to make him laugh and to laugh the loudest when he tried his hand at humor. He wasn’t really funny though, so they all perfected their fake smiles and most convincing giggles. Lucky for Kevin, he was a handsome guy. More than handsome, actually. Sexy. Sexy and successful. That was enough to attract his following. For a while.

A Businessman and A Woman Walk Into a Bar . . .

Samantha met Kevin in a bar. That sounds like the beginning of a bad joke–a high-powered executive and a secretary walk into a bar . . . but it wasn’t a joke.

Samantha was working as a personal assistant to her boss, Mr. Levy. Harrison Levy–of Hampton and Levy–was a lawyer. He wasn’t particularly great at his job, but his father who came before him was. Or, he used to be before he passed away. The young Levy–the one Samantha worked for–won a few cases here and there, but he never won anyone’s respect, which is all he really wanted.

Levy had a meeting with Kevin, and he asked Samatha to come along. He wasn’t impressed with Kevin when he arrived 20 minutes late and without his entourage.

Samantha was often in the position of observing during meetings so she got used to learning all she needed to know about people while watching them interact. She already knew Mr. Levy was a blowhard–he was the kind of guy who said things like, “Don’t grab the low-hanging fruit,” and, “We’re just earning our chops.” Business cliches . . . and she wasn’t even sure he knew what they meant.

Still, he paid her well, and he didn’t make her stay late, even when he spent nights in his office working on cases (usually because he messed something up during the day).

The Woman with No Last Name

Kevin came to meet with Mr. Levy because he was in legal trouble. His business partner passed away and rather than honoring a contract he signed to let the partner’s son take his place, Kevin wanted to hire a new guy. Kevin offered to pay his partner’s son off, but that wasn’t really the point–the son wanted the job. So, here the three of them sat–Kevin, Mr. Levy, and Samantha. Samantha had her doubts Mr. Levy would be able to fix this problem for Kevin, but she didn’t dare say that. She simply took notes, listened, and watched.

One of the things she noticed was that Kevin’s cell phone lit up about every 3-5 seconds. Some of the time, the notifications were for emails, social media, and the like. Most of the time, he seemed to be getting texts. Texts from one name, in particular–Madeline. No last name. Just Madeline. The name didn’t mean anything to Samantha, but as the three sat having lunch it would come to meet a great deal.

Kevin and Mr. Levy came to an agreement on how they would proceed. They did so over several cocktails and a few appetizers. Samantha hung in there with the guys–drink for drink–until she started getting a headache. She excused herself to the restroom while the guys transitioned from talking about their case to going hard about sports. Not even normal sports–university rowing. “Good lord,” she thought. “Who cares?”

The woman was standing against the bathroom wall typing feverishly on her phone. The longer she stood there, the more quickly her thumbs moved across the screen. She seemed to be full of emotion but Samantha couldn’t tell whether it was anger, sadness, or something else. As she dried her hands and started to reapply her lipstick, Samantha looked at the woman through the mirror, “Are you okay?”

The woman looked at Samantha as though she just called her fat. “Yeah. I’m fine. Are you?” The woman’s rude response turned Samantha off and she responded–probably because she had one too many drinks, “I’m good. Just came to the bathroom to do what I usually do in the bathroom, not standing around watching other women come and go.” The woman was taken aback, and it looked like she was about to respond to Samantha. Instead, her phone rang and she answered, “Hi, this is Madeline.”

On her way back to the table she noticed Mr. Levy was sitting alone. “That was fast,” Samantha said a little too loudly as she found her chair. Mr. Levy replied, “We’re not done just yet. He had to make a phone call.”

Madeline–with no last name–stepped on the gas, rolled down her windows, and threw her phone on the floorboards on the other side of the car. Her radio was set to country music but she wasn’t in the mood. She scanned the stations until she came across some classic rock her dad used to play in their house when she was growing up. She couldn’t remember the lyrics but she knew the beat, and that’s all she really needed right now. The beat.

Her cell started ringing from the floorboards almost as soon as she tossed it aside. She turned her music up louder. Going about 87 mph now, Madeline leaned over to the glove compartment, opened it, and felt her way to two small unopened bottles of Champagne. She didn’t bother closing the glove compartment door. Instead, she steered her red sports car with her knees while she twisted the first bottle open. She grabbed one of the champagne flutes laying on the seat next to her.

She slammed the first bottle back and opened the second. This time wanting to make it last. Madeline threw her arm out the window to feel the wind whipping against her arm and she flattened the pedal, just as a car she recognized appeared in her rearview mirror. Then, it started gaining on her.

The Blowhard and The Booze

Samantha realized she had already been through an entire glass of water (trying to quickly hydrate so she didn’t embarrass herself) and Kevin still hadn’t returned to the table. “I think he stood us up,” Samantha said with a laugh. Mr. Levy, who was way too prideful to admit she might be right joked, “I see why all his partners die–just to get away from the bastard.” Usually, Samantha didn’t laugh at Mr. Levy’s jokes but that was funny.

Mr. Levy asked the waiter for their bill.

Madeline had finally driven to the outskirts of Pheonix where she didn’t have to dodge in and out of cars–the desert road opened up before her. She finished her second bottle of champagne, threw it out the passenger side window, and set her cruise control at 105. “I can do this all day,” she said as the car behind fell into pace with hers. Then she looked down at her gas gauge, “Shit.”

“All-day” suddenly turned into “the next gas station.”

Travel Facts - Things to know when going to Germany