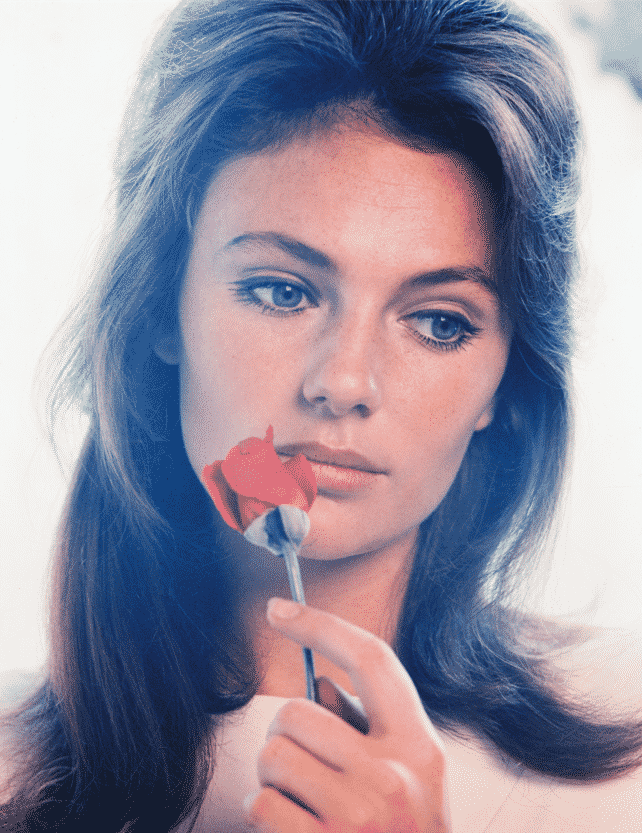 From Farrah Fawcett to John Travolta, the ’70s were filled with bodacious babes and hot hunks that made their mark on the decade. We’ve rounded up 20 of the hottest heartthrobs of Hollywood in the 70s so you can bask in all of the beauty.

In the ’70s, Jane Seymour was catapulted into the Hollywood spotlight after she appeared in her first film role in the war drama The Only Way. Seymour stole hearts across the nation with her effortless beauty, making a name for herself in the industry with ease.

Today, Seymour is still acting. Most recently, she played the role of Drew in a thought-provoking CBS sitcom called B Positive, which premiered in 2020.

From Grease to Saturday Night Fever, John Travolta ruled the ’70s with his impressive acting, good looks, and savvy style. Travolta was one of the more prevalent heartthrobs of the decade, and whether or not he was attractive could easily be answered with a Google image search.

Currently, Travolta is still looking as good in real life as he does on film. You can catch him in an upcoming American action film called Paradise City alongside notable actors like Bruce Willis, Praya Lundberg, and Blake Jenner.

Lynda Carter is more than just a pretty face; she’s Wonder Woman, too! Back in the ’70s, Carter stole the spotlight in the original version of Wonder Woman. While many big stars of the time faded into one-hit wonders, that wasn’t the case for Carter. In fact, the TV series opened up many doors for her, as she continued to play roles in many other films and shows.

Recently, Carter released new music that you could say was … unexpected. Her new EP titled Unexpected features a 17-minute playtime with 5 tracks, featuring songs like Take Me to the River and Put The Gun Down.

Bobby Sherman was famous in the ’70s for his singing, acting, and his heart of gold. Not only did this dreamboat produce some of the most popular singles of the time, but he also worked as a paramedic during his youth. In an interview with Rosie O’Donnell, he even admitted to helping a lady deliver a baby on the sidewalk who was later named after him.

Currently, Sherman shifted gears to pursue a career in public safety, where he put his EMT skills to work.

After making her television breakthrough as one of the original Charlie’s Angels, Farrah Fawcett fast-tracked her way to instant stardom. With her pearly white teeth and windswept hairstyle, Fawcett was a pop culture phenomenon that made everyone want to be her or be with her.

In 2009, Fawcett fell victim to cancer that spread to her liver. Two years before her death, Fawcett established The Farrah Fawcett Foundation, where the mission was to help fund cancer research, promote prevention and awareness, and aid those struggling with cancer today.

Willie Aames was an impressive and well-rounded heartthrob in the ’70s, as he dabbled in acting, directing, producing, and screenwriting, which made him well-known across the industry. Today, Aames still works in show business, as in 2020 he signed on to produce and direct a series on the history of Hollywood.

Audrey Landers is an American actress, singer, and a total knockout. Beginning her acting career at the age of nine, Landers had an early start in the business. It wasn’t until she starred as Afron Cooper on the television series Dallas and her role as Val Clarke in the film version of A Chorus Line that she became a well-known face in the industry.

While Landers doesn’t act as regularly as she used to today, she does make an occasional appearance in a Hallmark or Lifetime Film. More recently, she starred in Lifetime’s Engaged to a Psycho.

During the 1970s, Sidney Poitier directed several successful comedy films and looked good while doing it. Poitier starred alongside other notable actors like Bill Cosby and Harry Belafonte in the films Let’s Do It Again, A Piece of the Action, and Uptown Saturday Night.

Recently, Poitier died in his home in California at the old age of 94. Poitier lived a long and successful life and left behind many legacies.

Jacqueline Bisset has been an international film star since the late ’60s, but she really made her claim to fame as a Hollywood heartthrob when she starred in films like The Airport, The Mephisto Waltz, and Day for Night.

Currently, the British superstar is still on the big screen and even told People magazine that she has no intention to stop, despite being in her 70s. To quote Bisset, “I get a real buzz from working and I enjoy being around people that I wouldn’t meet otherwise.”

Donny Osmond rose to fame as a dreamy teen idol in the early 1970s as a solo singer but still continued to sing alongside his older brothers at the same time. Some of his hit songs that you might recognize include Puppy Love, The Twelfth of Never, and Young Love.

Osmond never left the spotlight, as he still is making music today. In 2021, he released a new album nearly 50 years after his first hit, titled Start Again, inspired by his rocky and unique journey as a world-recognized performer.

American actress Denise Nicholas stunned the world with her beauty when she pursued a career in acting in the ’70s. Nicholas starred in the TV hit dramedy Room 222 as a school counselor as well as the 1978 sitcom Baby, I’m Back.

Since then, Nicholas has decided to pursue a new career, retiring from acting to study writing. In 2005, she released her debut novel titled Freshwater Road, which followed the story of a young woman from Detroit who travels south to join in the civil rights movement.

Out of all of the Hollywood hunks that were popular in the 70s, Robby Benson was one of the most popular. After getting his big break in movies like Ice Castles and One on One, the young actor rose to fame with ease. Benson even went on to voice the cursed prince in 1991’s Beauty and the Beast. Could he get any dreamier?

Benson’s passion for filmmaking eventually lead him to become a film professor, where he taught at several institutions including UCLA, NYU’S Tisch Schools of the Arts, and Indiana University. Eventually, he retired to focus more on his writing as well as spending time with his family.

American actress Brenda Skyes starred in many television shows and films in the ’70s. You might recognize this beautiful belle from shows like The Doris Day Show and Room 222, and films like Drum and Mandingo. Today, Skyes is 72 years old and it’s unclear whether or not she’s still pursuing a career in the industry.

Leif Garrett got his start in the show business when he became a child actor. Later on, in the ’70s, Garrett transformed into a heartthrob teen idol in music, releasing songs like I Was Made for Dancin’ and When I Think of You.

While the star struggled with drugs throughout his career, he is now sober today and even wrote a memoir about his struggles, titled Idol Truth: A Memoir.

Raquel Welch had her claim to fame in the ’70s in movies and television shows like Mother, Jugs & Speed, The Last of Shelia, and Fuzz, making her a legendary bombshell of the decade. Just last year, the 81-year-old star was spotted for the first time in over 2 years on a rare outing in Beverly Hills, Los Angeles.

Today, Welch is focused on selling her beauty products and wigs. The latest in her line is the Raquel Welch Spring 2021 collection, where she’s experienced success since her business took off.

Before his claim to fame in Star Wars, Mark Hamill entered the industry as a prolific voice actor and a certified dreamboat. In the early 1970s, the star voiced Corey Anders on a Saturday morning cartoon called Jeannie and later played Sean in the Ralph Bakshi film, Wizards. However, when Hamill was seen in the premiere of Star Wars in 1977, that’s when his career really took off.

Today, the actor still lends his talents to the industry, including reprising his role as Luke Skywalker in the Star Wars sequel trilogy.

Morgan Fairchild is recognized as one of the most stunning women of the ’70s, and she’s aged like fine wine. While there are some differences due to her age, it’s hard to deny that the blonde bombshell is still a beauty.

Fairchild’s booming career can be contributed to her parts in several films and television shows, and she’s continuing her role in showbiz today.

Tom Selleck, also known as Mac Traven in The Shadow Riders, Richard in Friends, and Jesse Stone in Lost in Paradise has always been known for his iconic and heart-melting good looks, mustache, and incredible acting. Today, he lives a quiet life away from Hollywood with his family, spent at his massive 65-acre California ranch.

Catherine Bach is an American actress best known for her role as Daisy Duke in the television series The Dukes of Hazzard. Due to her drop-dead gorgeous looks, Bach had enough influence to make Daisy Duke cutoffs famous. While showing that much leg was deemed risque in the ’70s, Bach transformed pop culture by effortlessly pulling off the trend.

Today, the star is still acting with a recent recurring role as Anita Lawson on the popular soap The Young and the Restless.

Robert Urich began his career in the early 1970s, starring as Jim Street in S.W.A.T. and Bob Sanders in Bob & Carol & Ted & Alice. Roles like these launched Urich into the spotlight, and his good looks played a part in his success as well.

In 2002, the Emmy award-winning actor tragically passed away due to cancer at 55 years old, surrounded by friends and family members.