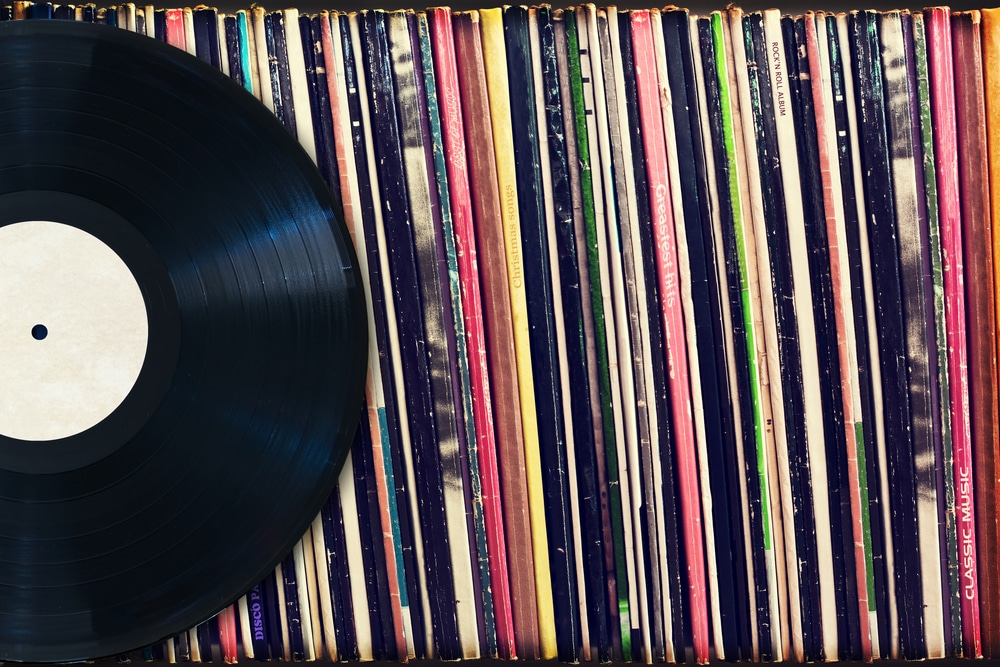 Here’s the thing–there are vinyl records that your parents or your crazy Aunt Martha bought at their local Sam Goody (look it up) that are now worth more than the car you drove in college.

Do you or anyone in your family love the music of U2, Nirvana, or Madonna? If so, you might wanna break out your vinyl and get an eBay account.

Here are some other records that will help you buy those new Bose speakers you’ve been saving up for*!

*Please note these prices are only estimates.

Let’s be honest, everything related to The Beatles can make you a buck. Yesterday & Today was an album by T=he Beatles, released in 1966 is one of the band’s biggest flex of talent!

Bruce Springsteen – Spirit in the Night

Contrary to popular belief, Bruce Springsteen did not find instant success with Born to Run. He had to grind and work on his craft like many others. His first single “Spirit in the Night” was released in 1973 but it was a flop.

For their first few albums, Rolling Stones did not have too many fans. The people around them thought that their band was “a phase” filled with dating gorgeous women, and that their music would soon dissipate. Boy, they were wrong.

Rock N Roll was Elvis Presley’s first album that made it to the UK. At the time of release, the genre was unchartered territory for artists and labels alike.

Queen Rocks is a compilation of the band’s deep tracks like “Sheer Heart Attack,” “Tear It Up,” and “Put Out the Fire.”

Prince – The Black Album (aka “The Funk Bible”)

Prince released The Black Album in 1987. The album stood out from his other albums because there was no title, credits or even the artist’s name. The only thing seen there were the numbers “25677.”

Wu-Tang Clan – Once Upon a Time in Shaolin

The thing that made the Wu-Tang Clan famous was their talent in spitting rhymes which is why when they come up with something big, the group’s fans can make it bigger! The hip-hop group recorded Once Upon A Time in Shaolin in secret for over five years but they never mass-produced it. Instead, they only made one copy and it sold for $2,000,000.

The Sex Pistols always made headlines because of their controversial lyrics, but when they released their B-side vinyl God Save the Queen and had No Feeling on the A-side, the crowd went nuts!

Elton John – I’ve Been Loving You

Elton John is one of the few artists who is the epitome of being multi-talented. He plays piano like it’s an extension of his body, sings, and writes legendary songs. His single “I’ve Been Loving You” was his first-ever one that was released and it’s a testament to Sir Elton John’s immense talent.

Led Zeppelin is a legendary rock band, but when they released their self-titled album in 1969, it wasn’t much of a hit. Today, though, most fans think otherwise.

Olivia Newton-John found success when she played Sandy in Grease. Everyone thought that was the fire that needed to launch Newton-John’s career, but she also found talent in the music industry.

When The Freewheelin’ Bob Dylan was made in 1963, someone put the wrong songs on it. Imagine the hard work you put in to get this album out only for it to be ruined by someone’s carelessness. Good thing the mistake was caught before it was released to the public, but even then there were already a few copies made with “Rocks and Gravel” and “Talkin’ John Birch Blues” for some of its tracks.

Before Nevermind, there was Nirvana’s first album titled Bleach. It was just Kurt Cobain and Krist Novoselic, no Dave Grohl yet. It was rumored that the band would practice for two to three weeks straight in preparation to record the album.

The King of Rock Elvis Presley did not mind covering other people’s songs, which led him to cover Arthur Crudup’s That’s All Right. Legend has it that it happened during one of the late musician’s other songs. His producer at the time thought it sounded amazing so they started to record it.

Sgt. Pepper’s Lonely Hearts Club Band is one of The Beatles’ more famous albums. One that is in mint condition is worth nearly $300,000, so imagine the price of one that is signed by all four members!

Although The White Stripes are pretty new to the scene, the impact that they left can never be underestimated. Lafayette Blues, which was their 1998 single, had a cover that was hand-painted by Dave Buick. Just in case you didn’t know, Buick is the founder of Italy Records.

The Material Girl has stirred controversy back in the day for multiple things but her sucking on supermodel Naomi Campbell’s toes pretty much tops it all. It was not in a party but it was put as an album cover. Of course, Warner Bros. Records wanted to protect their company’s reputation and evidently pulled it out from the market. Their reason, they did not want to monetize on “foot-fetishes.”

Horror punk rock fans only know this limited-edition pink vinyl as an urban legend of sorts. However, it is true and the Misfits compilation album is so rare that only 16 copies were sold.

The Who – The Who Sell Out

“The Who Sell Out” album only had 1,000 pressings initially – 500 in mono and another 500 in stereo. The album also included a “psychedelic poster” of a butterfly.

Bowpromo was made exclusively for industry higher-ups with different reasons depending on the source. It came with a white label and encased in a plain sleeve. To recognize if your copy is legitimate, check its matrix number. It should have “BOWPROMO 1A-1/1B-1” stamped on the record.

Expensive? Not as much as the others on the list. Coolness? Probably tops most of the records in here. Miles Davis’ Kind of Blue included the most notable musicians in the industry like John Coltrane, Bill Evans, Paul Chambers, and Jimmy Cobb. Some music experts say that this is Davis’ greatest record of all time.

Hova’s Vittne was a promotional record and was only given to those within the company. There were only 200 copies printed in red vinyl, making it one of the most rare albums ABBA ever produced.

The Australian edition of U2’s Pride (In the Name of Love) is printed on translucent vinyl and is rumored to only have 50 of its kind. Perhaps this is why the album’s worth is frequently estimated at around $9,000!

Pink Floyd – The Dark Side of The Moon

Pink Floyd’s Dark Side of the Moon is one of the band’s most popular albums ever produced. It was recorded in the Abbey Road Studios in January of 1973. If you come across a first-pressing vinyl in mint condition, you can cash it in for thousands of dollars!

Before John Lennon’s assassination, he and partner Yoko Ono made the Double Fantasy album. It was released in mid-November in 1980 under Geffen Records. Not even a month after the album’s release, Lennon was killed walking out of a New York building.