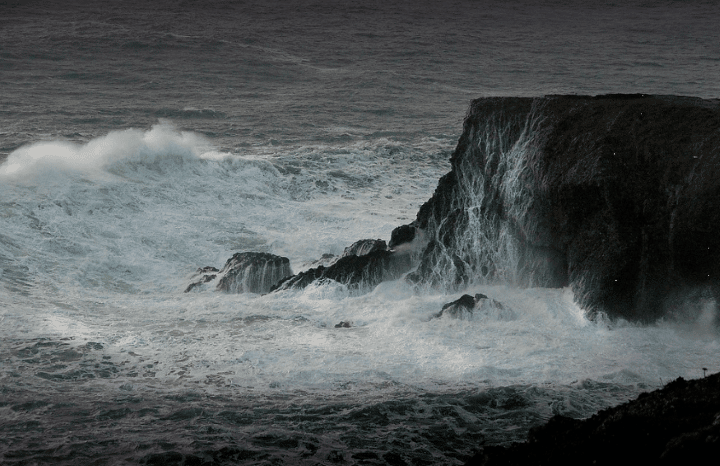 Swimming and beach-going are favorite pastimes of people young and old. However, time and time again, water has been proven to be cold and unforgiving, if only given the chance. Some of the following bodies of water may be beautiful, while others are far from picturesque. Yet these rivers, ponds, and coves all have one thing in common: they’re extremely dangerous and often deadly.

Located in Hawaii, in the Island of Kauai, Hanakāpīʻai Beach is one of the many gorgeous beaches in the state. When thinking of Hawaii, we automatically associate it with a translucent ocean, white sand etc. But in Hanakāpīʻai Beach, looks can be deceiving. This beach holds a record of an average of 80 deaths per year due to strong currents, known as riptides. It would be smart to think twice before catching some waves at this beach.

When looking for a place to travel, Africa is at the top of the list for many reasons. Going on a Safari and being able to see the Nile River is the most common tourist attractions there. But if you find yourself near the Nile River tempted to go for a swim, please don’t. The river is known to be filled with crocs and hippos who would quickly turn anyone into a meal. And that would certainly not be in anyone’s itinerary. So, stay away from it!

Known for the immaculate scenery, pristine beaches and diving spots, Thailand is a top traveling destination with millions of tourists visiting year around. One of Thailand’s most famous diving spots is called the Samaesan Hole, but don’t come near it if you are a beginner. This cavernous and dark water hole is a dangerous place where few divers dare to tame it. Even expert divers could get lost there!

Diving is an extreme sport and when looking for a challenging diving spot, The Eagle’s Nest Sinkhole in Florida is a tough one. Even professional divers have difficulty getting in and out of it. In fact, about 10 deaths have been registered at this one diving spot. So, independent of your diving skills, it would be best to avoid it at all costs.

Lake Karachy, is one of the most attractive bodies of water in Russia. At first glance, the color of the lake is very alluring, but when taking a closer look at it we quickly realize why no one is ever taking a dip there. It’s because the Russian government polluted it with nuclear waste materials and its become uninhabitable for all animals. It is said that the toxicity levels of the lake are so high that it could kill us in an hour. This lake can be considered one of the only Radioactive lakes out there.

The Amazon Basin is most commonly known for housing more than a thousand different animal species. These species include predators that will eat anything that stand in their way like piranhas, barracudas etc. Stay clear from swimming in these clear-blue waters if you don’t want to risk being fish food. Beauty can be dangerous.

Considered to be another spectacular place in Hawaii, the Kipu Falls defines the beauty of nature. However, going for a swim at this fall has proven to be highly dangerous. There’s been various drowning incidents, thus “urban” legends were created around it. Rather it is true or not, taking this life threatening dip is definitely not worth it. Swim at your own risk!

California is known for the national parks, beaches and sunshine year around. California is also known for the Horseshoe Lake, a dainty picturesque lake frequented by tourists from all over the country. Unfortunately, the lake contains deadly levels of carbon dioxide, making it only safe to take pictures. Many earthquakes took place in the area which negatively impacted the lake floor. Even trees have a hard time surviving there.

Lake Victoria is known for being one of the major lakes in Africa. It borders Uganda, Kenya, and Tanzania. Being such a large body of water comes with a price. Climate experts says that different parts of the lake have their own unique weather. Meaning that it could be sunny in one part, but stormy in another. It’s said that this lake holds the record for the most amount of deaths in any lake in Africa. Frolicking here can go from zero to one hundred very quickly.

Located in northern India, the famous Ganges River used to be a true gift from nature. Theologists note that Hindus believed the water from the river was so powerful that it could cleanse our sins. But due to industrialization the river can no longer be considered clean. Sadly, with alarming toxicity levels, when going in the Ganges we will most likely be covered with trash rather than cleanse our sins.

Don’t be fooled by the muddy waters of Rio Tinto. Even though this river in southwestern Spain immediately grabs our attention, don’t get near it. The reason why the river has this crimson color is because of a the minerals that come from a nearby mine, transforming the water into acid. Touching this water could potentially dissolve parts of the human body. So, you can look, but you can’t touch.

In case you were wondering why there has never been a picture of someone swimming at the Hoover Dam, that’s because it’s illegal and that’s a good thing. People are banned to swim there because the dam has strong water currents that could drown even the most expert swimmer. If you were thinking about it, think again. It’s certainly not worth the risk, is it?

When looking to travel to Africa many of us look into South Africa. With many scenic beaches, the coast of South Africa is home to the famous Gansbaai Beach. South Africa has the reputation for being having most shark invested waters in the world and Gansbaai Beach is no different, locals even nicknamed the beach “The Shark Alley.” We can only wonder where the nickname came from…

The Buxton Derbyshire Blue Lagoon, located in England is considered one of the most life threatening lagoons. Even though the translucent blue waters might be tempting, it is advised to not fall into these temptations. The blue color is unnaturally caused by an exceeding amount of pH levels, making the water so toxic that it could burn off our skin. You will definitely be feeling blue after going in this water (pun intended).

The Gulf Coast in the southern part of the United States is not only known for its rich farming soil. Bathing in this coast waters is considered a precarious decision. That’s because the gulf is full of creatures that could harm us at any given moment. In fact, the number of human and animal encounters only keep growing. So, when trying to avoid sharks, stingrays, jellyfishes etc. please stay away from this place.

Located on the coast of South Carolina, Myrtle Beach is not your ordinary beach. Known for the consistent riptides and cannonball jellyfishes, makes it difficult for beachgoers to have a relaxed beach day. In fact, experts say that the cannonball jellyfish can paralyze us with just one sting, given us a second reason not to go to this beach.

When thinking of Thailand, The Gulf of Thailand is probably not even on a travelers itinerary, probably for a good reason. Perhaps the most known fact about the gulf is that its inhabited by one of the world’s most feared jellyfish, the box jellyfish. One slight touch of its tentacles and you’re off to the hospital. Home to thousands of these highly poisonous sea creatures, it’s better to avoid treading these dangerous waters.

Imagine being in a lake where you can never fully see or touch the bottom. The Blue Lake, hidden in Russia’s Caucasus mountains is the exact definition of that. The locals describe it as a “bottomless” lake. There is so much mystery around this lake that these locals avoid getting near it. It is said that fishes have never been spotted swimming in the lake. We won’t be solving this mystery too soon!

If you’re not alarmed by the name of this lake, then it’s time you should! The Boiling Lake, located in Dominica brings hot springs to another level. This is a volcano-hydrothermal lake, which means that there’s volcanic activity happening beneath the surface, causing the water to reach temperature hot enough to boil any living organism including us. So, don’t confuse this lake for a hot spring, you could end up getting boiled. Yikes!

Don’t get tricked by the name. Bubbly Creek is located in the Chicago River and this creek has nothing “bubbly” about it expect the polluted waters. This name was given to it because the toxicity levels are so visible that poisonous bubbles are formed. The Bubbly Creek is such an inhospitable body of water that fishes can’t even survive there. This creek defines”bubbly” in a whole different way.