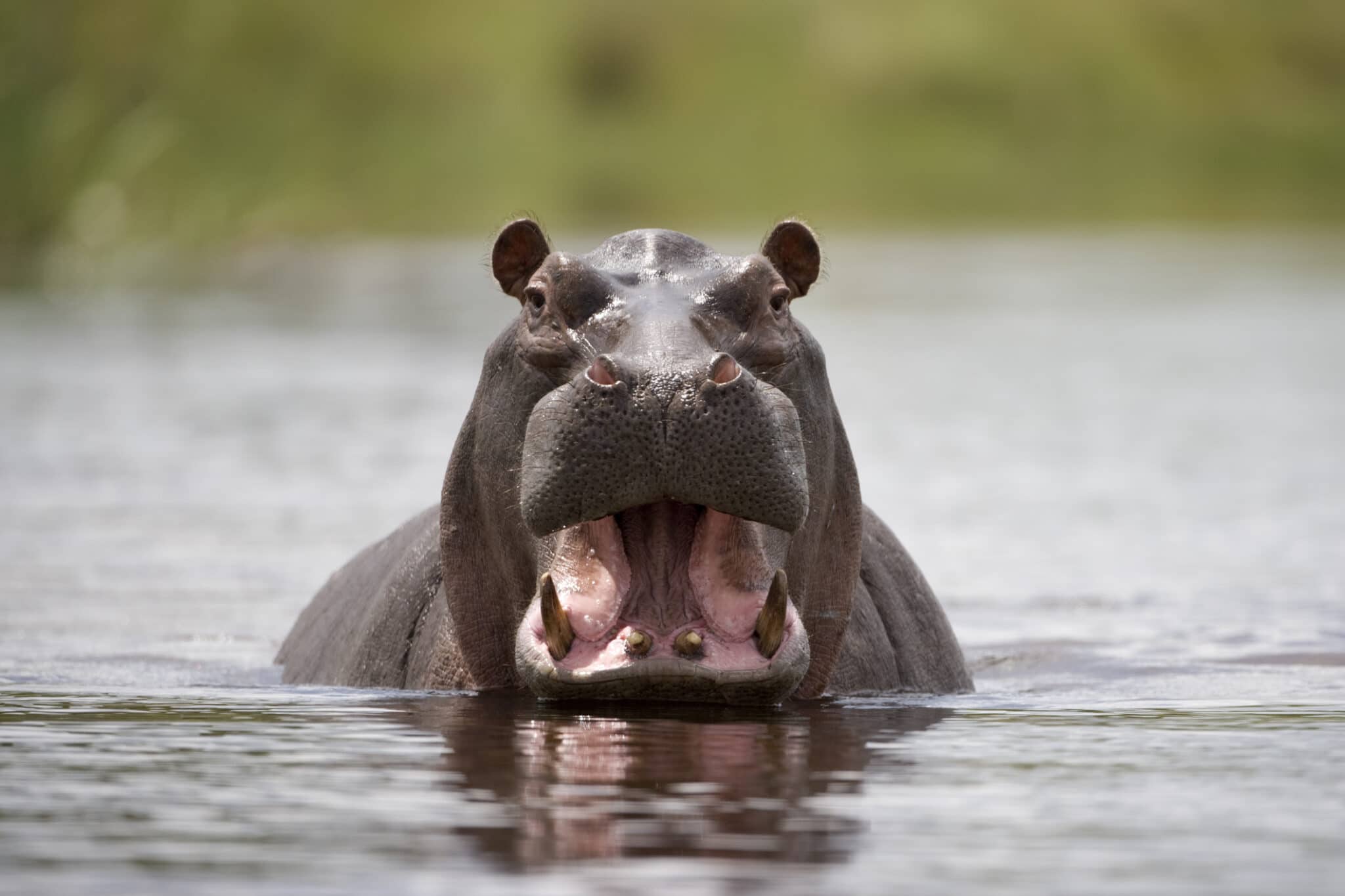 Animal lovers are often drawn to any animal with which they come into contact. Our love for animals goes beyond our furry feline and canine friends and extends to all creatures. Most of the time, we show our love through affection–pets, treats, high-pitched voices, and smiles–other times, it’s best to show our love through distance and respect.

This article highlights creatures that definitely demand our respect . . . and distance. This is a list of dangerous creatures you wouldn’t want to run into in the wild!

The Giant Pacific Octopus, also known as the North Pacific Giant Octopus, is one of the biggest octopuses. They’ve been known to hunt lobsters, fish, and sharks!

These octopuses have two rows of suckers lined with hooks, allowing them to capture their prey. These suckers are dangerous if they lock onto a human as they are tough to remove and can easily latch onto your diving gear.

Imagine having an octopus arm wrapped around your mask or tank! Removing that arm underwater would be nearly impossible–even if it were, there is a good chance you would accidentally remove or damage diving equipment, preventing proper breathing.

Why do things that are so mysterious and beautiful have to be so dangerous? All we want to do is pet this Portuguese Man-of-War! But don’t worry, we won’t. And you shouldn’t either.

Though the Portuguese man-of-war looks like the relative of a deflated balloon, it’s actually a relative of the Jellyfish. These guys are mainly present in the Atlantic Ocean, where they live on the water’s surface and move wherever the waves carry them. Man-of-wars’ tentacles can reach up to 50 meters long and are equipped to inject a paralyzing poison into its prey. The venom can cause fever and shock in humans, but pouring saltwater over the sting site is said to help relieve it.

Imagine walking along the beach hand-in-hand with your family or a couple of friends. You spot a beautifully patterned shell on the sand and reach to pick it up. “What a great souvenir,” you think to yourself.

False! This is not a great souvenir. This snail has a tooth that propels out from the pointy end of its shell. The tooth is filled with venom so powerful it can make you seriously ill or even cause paralysis! We think that part sounds scary enough . . . but it gets worse. The venom has analgesic properties, so you probably won’t even feel it once you’ve been stung!

In general, we all know to steer clear of snakes. Unless you’re visiting a friend’s house and that friend says, “Hey, hold my snake, she’s really nice,” you probably shouldn’t go around picking them up.

The Saw-Scale Snake is particularly horrifying. This guy’s venom will cause the membranes in your blood vessels to break down, resulting in hemorrhaging. While some people are lucky enough to survive the bite, they often end up losing fingers, toes, or even limbs due to the damage the venom causes to the tissues surrounding the bite.

In general, we love bees. Their ability to pollinate crops helps keep us humans alive by providing apples, almonds, broccoli, strawberries, and cucumbers. They also pollinate alfalfa seeds which are used for beef and dairy feed.

The Africanized bee, also known as the Killer Bee, was engineered by humans from a crossbreed of various European honeybees and the East African honeybee. These bees are deadly because they are more aggressive than other species, and they are quicker to react to anything they perceive as a threat!

Incidentally, these bees were first introduced in 1956 to increase honey production in Brazil. Unfortunately, 26 swarms escaped a year later, spreading to North and South America.

Have you wondered why Mosquitoes even exist? All they seem to do is make us itchy and spread disease!

According to the journal Nature, mosquitoes are a key food source for fish, birds, lizards, frogs, bats, and other animals. Yet, no species relies solely on them. Other insects could flourish in their place, and it seems most species would find alternatives to eat.

One of the fastest spreading diseases carried by Mosquitoes is Dengue Fever. 2.5 billion people are at risk for infection each year, and over 100 countries are affected worldwide! Besides dengue, mosquitoes can also spread malaria, yellow fever, Zika virus, encephalitis, and Chikungunya.

You may be wondering how this seemingly innocuous soft-brown snake got its name. If you look more closely, you will notice its mouth is black and cavernous.

When Black Mambas feel threatened, they can glide to speeds up to 12 miles an hour! These guys are very aggressive when cornered and will not hesitate to strike. They strike up to 12 times, each time delivering enough venom to down a dozen men within an hour. According to Without anti-venom, the mortality rate is 100%.

If you came across this Stone Fish in the wild, you might think his crabby scowl is kind of cute. Even so, you’d be making a big mistake if you allowed his cuteness to inspire you to pet him!

Stonefish are considered to be the most poisonous fish in the world. Though the Stonefish uses his venom as a defense mechanism and doesn’t intend to capture his prey (or your foot) with it, if you step on one, his dorsal fin spines will release a toxin that can kill you in under an hour.

Though you might want to pick this cute little guy up and take him home as a pet, you should probably leave him right where he is–probably somewhere in Southeast Asia, eastern India, or northern Australia.

Saltwater crocodiles grow to be the largest living crocodilian on Earth. The average male grows up to 1,000 pounds and 17 feet long. Some can grow as large as 2,200 pounds and 23 feet long.

These guys use their tails to ambush and drag their prey underwater, holding and rolling until the hapless creature drowns and can be swallowed whole or stored in the reptile’s den for later snacking.

We tend to think of Hippos as gentle giants. They seem nice enough–wading through the water at the Zoo and casually glancing up as friendly birds and insects land on their teddy-bear-like backs. If that’s what we think, we would be wrong!

Hippopotamuses love hanging out in the water. So much so that they can spend 16 hours a day cooling themselves in the lakes and rivers of Africa. If they get a little too warm, they can dip their heads below the surface where they can breathe for five minutes at a time. Surprisingly, Hippos are fast runners with the ability to move at up to 19 miles per hour. They’re mainly herbivores, but they do tend to get territorial and aggressive toward possible threats. So . . . don’t threaten them!