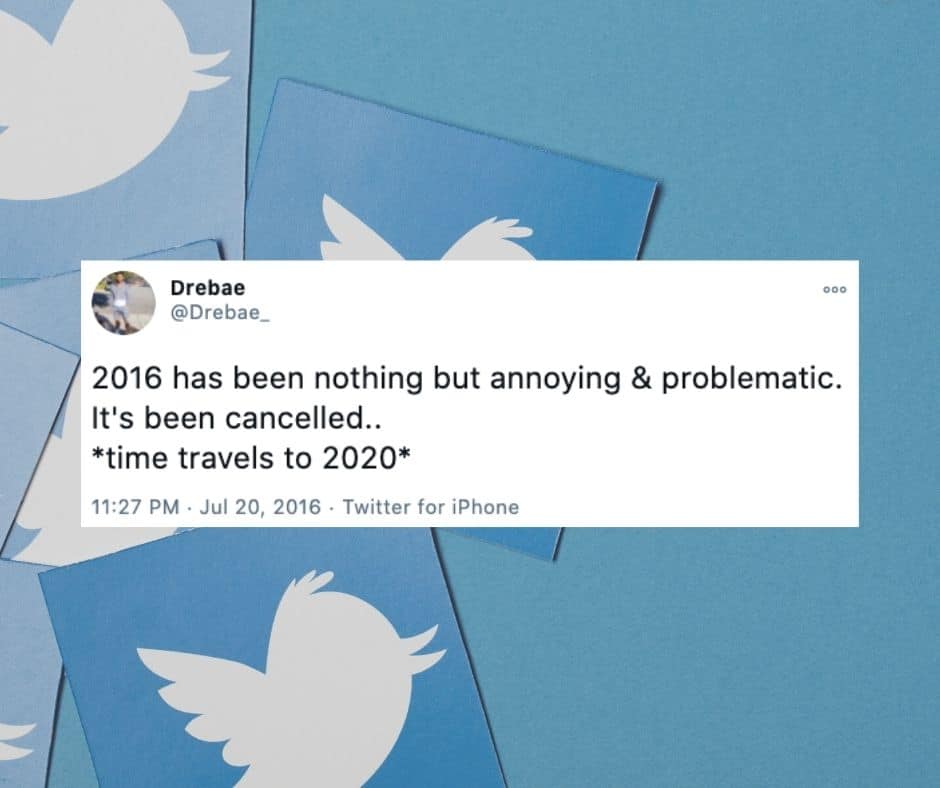 For over 40 years, social media has allowed everyone and anyone to post practically anything they want to. Especially on Twitter, some content uploaded to the Internet might come back to bite you later on. Check out 10 of these hilarious, poorly-aged tweets that users might want to go back and hit delete.

1. Oh how the tables have turned.

Tweet why you’re leaving Netflix. The top three most creative tweets using #GoodbyeNetflix will win a 1-year subscription to Blockbuster!

2. We have some bad news for you, Donald.

We need a President who isn't a laughing stock to the entire World. We need a truly great leader, a genius at strategy and winning. Respect!

At least he stated a popular opinion.

Who knew “.” could be so powerful.

It’s a miracle… just like that corona is over. 🙄 https://t.co/4OjgfvRvlR

Who’s going to tell him?

5. Be careful what you wish for.

He teleported right into hell.

6. Well, at least he was confident.

Joe Biden will be at the Presidential inauguration on January 20, but he won’t be the guy getting sworn in

Confidence might not be the key in this case, though.

7. He spoke this into existence.

Joe Biden vs Donald Trump debate would be HILARIOUS to watch. Please don't make it a reality.

It was pretty hilarious, to be fair.

I made one of my employees cry like a baby on today’s show. Honestly, it felt good.

10. The disappointment is real.

Guess I'll be off then pic.twitter.com/V3B9BjY4ke

Celeb Facts - Celebrities You'd Never Expect To Own An Rv