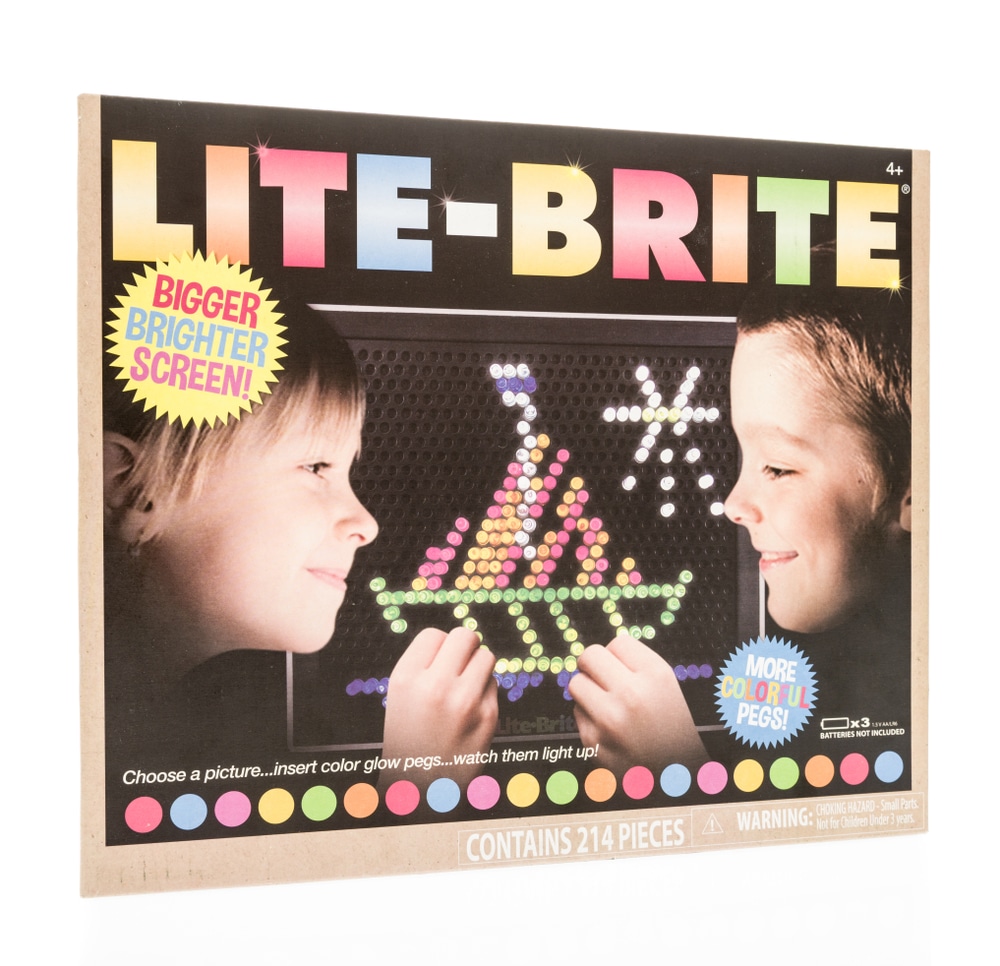 What’s better than a nostalgic, childhood memory of playing with your favorite toy? Not much, especially if you were fortunate enough to own toys that are far and few between today! What’s more, most kids today can’t recall a time without Netflix, cell phones, social media platforms or advanced gaming systems like the Xbox. What’s the fun in that?

If you were a kid of the 1980s, chances are you spent a lot of time playing with toys that didn’t involve looking at a screen. So whether you preferred a puzzle game like the Rubik’s Cube or collectible cartoon figurines (superheroes, anyone?), read on to see if you owned any of the following throwback toys from the 80s!

Before it became popular, the Rubik’s Cube was originally named the Magic Cube. In 1980, the colorful puzzle cube became available worldwide. Ever since, it’s evolved into multiple different variations, including puzzles that measure up to 17x17x17!

The Rubik’s Cube gained so much popularity that it even sparked competitions where contestants try to solve the puzzle as fast as they can. Today, it’s still fairly popular among kids who enjoy solving complex, strategical puzzles. Just know, though, that it was one of the top toys in the 80s!

Figurines were extremely popular toys in the 1980s, especially if they mimicked cartoons or heroes in comic books. The Smurfs were one example of this trend, and anyone from the 80s would likely be able to recall them, just by their unmissable light-blue skin and white droopy hats.

These tiny blue creatures date all the way back to Belgium in 1958, when they surfaced in Spirou, a popular comic. Their storyline has always consisted of their low-key life in their mushroom village, where they explored nearby forests and engaged in day-to-day activities. Today, the Smurfs have carried on their legacy, appearing in new movies and cartoons.

Most of us recognize that handheld red device with the orange lever. Don’t know what we’re talking about? Chances are you probably never had the ever-popular View-Master. Originally invented in 1939, the View-Master really took off in the 80s, when kids enjoyed looking at images of Disney movies, animals and even their favorite cartoon characters through the tiny lenses. With toys like this, sometimes it’s the little things that bring joy.

Yet another toy that took the world by storm in the 80s was the Easy-Bake Oven. Cakes, cookies and pastries were the main treats this oven could make, and kids just loved the colorful, fun bakery decorations that often came with the baking kits, too.

Although the toy originated in the 60s, it became increasingly popular after Hasbro took over and marketed the oven in new ways, like the 1993 Snack Center model. Today, November 4 is considered National Easy-Bake Oven Day to commemorate the day it was invented in 1963.

Colorful, creative and yes, bright, the Lite Brite was another toy almost every kid in the 80s and 90s had at one time. It was the quintessential toy for kids who loved to create and learn at the same time. By following picture patterns, kids used the Lite Brite to create glow-in-the-dark designs they could light up any time.

And, this neon-lit toy is still around today, just with new picture designs and an updated style. So, kids today might recognize the Lite Brite, but it’s millennials who likely appreciate it the most.

1982 was a big year for the now-multi-generational My Little Pony toy. It was the year Generation 1 My Little Pony came to be, and almost every child in the 80s had at least one horse figurine. My Little Pony cartoons likely inspired the sales of these figurines. Kids of the 80s might remember the original series that started in 1986.

Truly, Cabbage Patch Kids look nothing like any other doll, especially the ones they make today. Not only are the Cabbage Patch Kids a classic from the 1980s, they also have been around for quite some time. In 1978, when they debuted, they were known as the “Little People,” but soon that name changed, and their popularity took the world by storm.

Even cooler? Cabbage Patch Kids are “born” in cabbage patches at the BabyLand General Hospital in Cleveland, Georgia. They even come with their own birth certificates, a trait other toys, like Build-A-Bears, mimic today.

The Care Bears are yet another colorful, fun toy from the 80s most millennials will remember. The bears were known for the symbols on their stomachs, which notated their names. The original bears included Cheer Bear, Grumpy Bear, Funshine Bear, Good Luck Bear, Birthday Bear, Friend Bear, Love-A-Lot Bear, Tenderheart Bear, Wish Bear and Bedtime Bear, although the bear crew has expanded since the 80s.

Kids of the 80s who loved animals and superheroes surely would remember the ever-famous Teenage Mutant Ninja Turtles, who fought crooks from New York City sewers. The turtle brothers, Michelangelo, Raphael, Leonardo and Donatello, originated in a 1984 comic series created by Peter Laird and Kevin Eastman.

As time went on, and their popularity increased, the turtles also became available in figurines, which many kids wanted at the time. Today, the turtles still appear in comic books, TV shows and even movies, which is proof their existence has been a true legacy.

In 1989, the Nintendo Game Boy came out, making history in the game-console industry. Seen as a new form of technology at the time, the Nintendo Game Boy came in a handheld style, perfect for taking on the go. The games, which came in cartridges, featured all kinds of characters, which made it a great toy for any kid. As the 90s approached, the Game Boy flourished, with new models available and even more games to play. Today, it’s hard to find this vintage toy, but for millennials, it remains a true treasure.