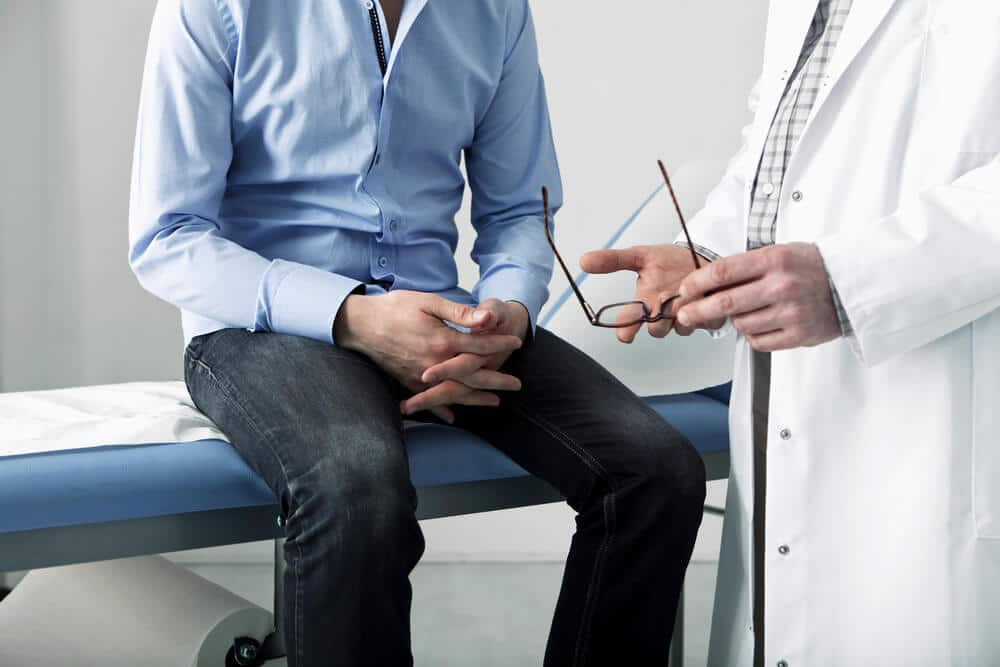 Around eleven percent of men are diagnosed with prostate cancer at some point in their lives, making this nefarious disease one of the most common types of cancer. That is why everybody, especially men, should inform themselves of its symptoms and various treatment options.

What is Prostate Cancer?

Prostate cancer is a disease that attacks the prostate gland in males. The prostate is a small gland (about the size of a walnut) located in the lower abdomen that produces and transports seminal fluid. Abnormal cancer cells with mutated DNA begin multiplying in the gland and kill off healthy, noncancerous cells.

It is important to keep in mind that prostate cancer does not always produce symptoms.

So, just what are the treatment options for this condition? Keep reading to find out…

Because prostate cancer is often slow-growing, many doctors advise years of regular examinations without any major, invasive treatments. Doctors monitor the patient and administer blood tests to be sure the disease is not spreading.

This option has become a more common approach in recent years.

Why Watchful Waiting May Help

Slow-growing prostate cancer is not an immediate threat to patients. This means treatment, with all its painful side effects, is unnecessary. Constant monitoring serves to ease the patient’s peace of mind and alert doctors the moment treatment becomes necessary (and sometimes it never does).

Doctors sometimes opt for surgery, namely a prostatectomy, to remove the entire gland and the surrounding seminal vesicles. Prostatectomies can be performed with a large incision (open prostatectomy) or a series of small cuts and special, incisive tools (laparoscopic prostatectomy).

Recovery requires a couple days in the hospital and a few weeks of rest at home.

Why Surgery May Help

Removal of the prostate gland can be an effective treatment if the cancer has not spread to other parts of the body. Doctors are able to remove the affected area in one fell swoop and take all the cancer cells with it.

Radiation therapy consists in the use of rays or particles of energy to kill cancerous cells. In external beam radiation, rays are fired from a machine outside the body, while brachytherapy makes use of radiated pellets placed inside the prostate itself.

Why Radiation Therapy May Help

Radiation therapy can be an effective treatment in the early stages of prostate cancer. It can also help eliminate recurring cancer after the prostate has been removed.

In the advanced stages of prostate cancer, radiation can alleviate symptoms and control the continued growth of malignant cells.

Often called cyrosurgery, this treatment is not actually a surgery at all. Instead, it involves the use of extreme cold temperatures to kill most of the prostate gland and the cancerous cells within. Cold gasses are injected into the prostate, while warm salt water is pumped into surrounding parts of the body to keep them from freezing as well.

Why Cyrotherapy May Help

While not as much is known about cyrotherapy as some other treatment options, it can be useful in killing recurring cancer cells after the use of radiation. It is also used for patients incapable of undergoing surgery or radiation for other health reasons.

One benefit of cryotherapy is that it is less invasive than an operation.

Hormone therapy involves the suppression of the androgens testosterone and dihydrotestosterone, which can stop the cancer from growing in the prostate or sometimes even make it shrink. It is also referred to as androgen suppression therapy, and can be carried out via medications or surgical castration.

Unfortunately, the therapy has significant side effects for most men, from dizziness to trouble concentrating.

Why Hormone Therapy May Help

Hormone therapy can be helpful for patients who can’t undergo radiation or surgery, or if the cancer has already spread too far for those treatments to be effective. It can also be used to shrink the cancer before employing radiation, or to limit the growth of recurring cancer after surgery or radiation have been conducted.

In chemotherapy, the patient ingests or is injected with drugs that reach the cancer cells via the bloodstream. The medication is administered in cycles, each followed by a period of rest to allow the patient to overcome the usual side effects.

Because chemotherapy drugs attack all quickly-multiplying cells, including those that are healthy and non-cancerous, the side effects are numerous. They include:

Why Chemotherapy May Help

Cancer vaccines are a type of immunotherapy in which drugs are used to stimulate a patient’s immune system. This response causes the body to fight back against the cancer with the ultimate goal of destroying the cancerous cells.

A cancer vaccine can be administered by removing white blood cells from a man, mixing the cells with a protein, and injecting him with the resulting mixture.

Patients typically receive three doses, one every two weeks, with the hope that the process will spur the immune system to attack cancerous cells.

Why Cancer Vaccines May Help

While cancer vaccines cannot cure a patient of prostate cancer, they can slow its growth and help patients live a little bit longer. This treatment option is typically used in the latter stages of the disease, after hormone treatment has already failed to help.

Like cancer vaccines, immune checkpoint inhibitors are a type of immunotherapy. They consist of drugs that nullify the cancer cells’ use of checkpoints in the immune system to stave off the body’s natural defenses.

Drugs are often administered every few weeks via an intravenous diffusion.

PD-1 inhibitors are popular in the treatment of prostate cancer and work by compelling the immune system to attack cancer cells harder.

Why Immune Checkpoint Inhibitors May Help

Making decisions about treatment options is never easy. This is especially true with a disease like prostate cancer, which varies in its deadliness from one case to the next. Patients need to begin by looking at their personal situation and deciding what they want for the future.

If prostate cancer is discovered early (and it usually is), then patients have many treatment options to choose from. This is where age and overall health can have a significant impact on a patient’s decision.

Many older patients or those with other serious health problems opt to employ watchful waiting. They recognize that, with its slow growth and manageable symptoms, prostate cancer is better treated as a chronic disease than an immediate emergency. Sometimes the side effects of the treatments may be worse that the symptoms of the disease, so a wait-and-see approach makes more sense.

Younger, healthier patients tend to want the cancer treated before it becomes a life-threatening issue down the road. Surgery and radiation are both effective treatment options in the early stages of the disease. In choosing between them, a patient is well-advised to talk with a medical professional and take think about their personal feelings about the possible side-effects of each.

While there are many treatment options for prostate cancer, there is not always a single best treatment in a given scenario. The decision is bound to be difficult and complex. Patients should ask themselves what type of the treatment they would be interested in talk to their doctors.

Ultimately, the most important thing is choosing the treatment best suited not just to the disease but to the person suffering from it.