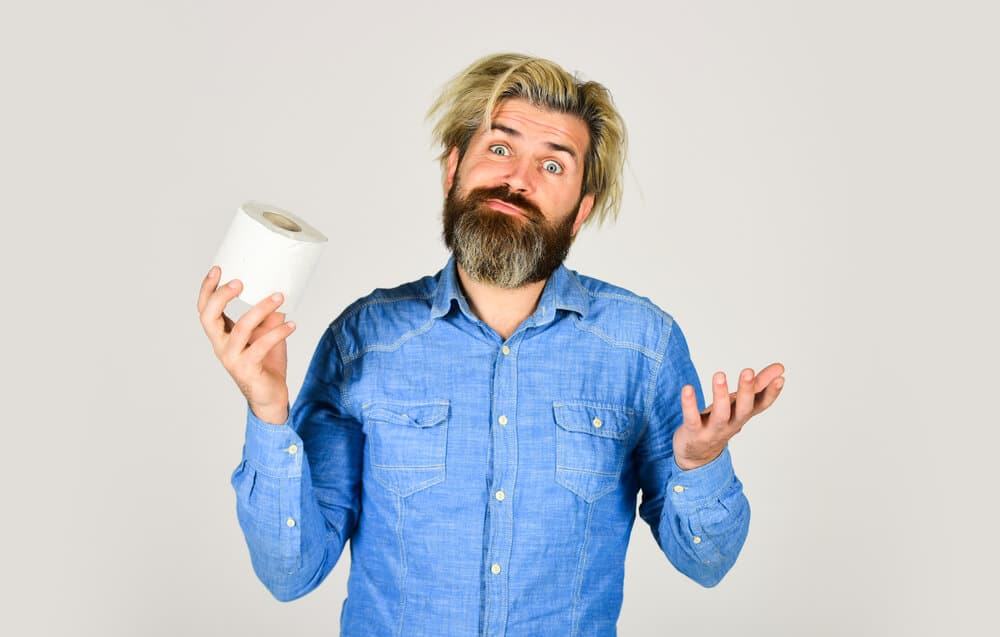 Nothing is more important than our health. Fortunately, by paying attention to signs our body is giving us, we can keep better track of our health. One easy way to measure our health? Our urine! Now, while it’s common for urine to change in color every now and again, consistent changes, bizarre sights and smells, and other changes in your urine may be a sign that you need to visit a doctor.

So, what causes urine to change?…

Why Do STIs Affect Urine?

STIs, as the name implies, are infections. So, when the body detects an infection, it mounts an immune response, which includes an increase in white blood cell production. When these cells enter the urine, they can cloud the urine’s appearance.

STIs also commonly cause unusual vaginal or penile discharge, both of which can mix with urine upon urination, resulting in an odd appearance or smell.

Like STIs, sometimes other serious conditions can result in surprising urine changes…

According to the CDC, more than 10% of U.S. citizens live with some form of diabetes; another ~33% live with prediabetes. That means that millions of people in the United States are living with this potentially debilitating condition. One way diabetes affects the body? By clouding up urine.

Why Does Diabetes Affect Urine?

Diabetes is a condition where the body has troubles processing blood sugar, or glucose, due to a shortage or complete absence of insulin or an inability to properly process insulin. In other words, without insulin, diabetics’ bodies often resort to other ways to remove excess sugars. One such way is to send said sugars to the urine to be removed from the body with your next bathroom break.

Besides changes in urine color and transparency, other symptoms of diabetes include:

Sometimes urine changes aren’t due to a chronic medical condition like diabetes, but rather an infection…

Urinary tract infections (UTIs) are infections of the urinary tract, as the name implies. This system includes the kidneys, ureters (tubes connecting kidneys to the bladder), bladder, and urethra.

Why Do UTIs Affect Urine?

Urinary tract infections are most common in cisgender women, although cisgender men can experience them, too. UTIs can alter urine appearance by sending pus and sometimes even blood into the urine; these excrements make urine dark, cloudy, and oftentimes smelly.

Other symptoms of a UTI include:

Those who suspect they have a serious UTI should seek medical attention right away, as it could indicate that the infection has spread to the kidneys. This event could progress to a potentially life-threatening condition…

Kidney infections can be a sign of a serious UTI that can even be life-threatening. Those who suspect they have this kind of infection should seek medical attention right away.

Why Do Kidney Infections Affect Urine?

Kidney infections affect urine the same way UTIs do. Namely, they may result in blood and pus in the urine, giving it a distinctly dark and cloudy look. Other times, urine may be smelly, too.

Sometimes, other kidney-related issues can lead to cloudy urine…

According to the NHS, more than 10% of people between the ages of 30 to 60 experience kidney stones. One such sign of this condition? You probably guessed it: cloudy urine.

Why Do Kidney Stones Affect Urine?

Kidney stones are made of hardened minerals and salts. These stones can’t remain in the kidneys forever, however; that’s why the body will attempt to push these stones through the ureters, into the bladder, then finally out the urethra. Understandably, pushing these stones through such narrow and sensitive spaces can lead to inflammation and even small tears. The result? Blood in the urine, which can give it a cloudy or dark appearance.

Other indications of these stones include:

While some kidney stones can pass on their own, others will require professional medical attention. While kidney stones are common causes of cloudy urine, the following cause is much more rare…

Chyluria is a rare medical condition that may be due to a number of causes, including a parasitic infection.

Why Does Chyluria Affect Urine?

Chyluria is a result of issues with the lymphatic system. This system is part of both our immune and circulatory system and helps the body get rid of harmful substances, like waste and even toxins. Chyluria occurs when fluid from this system accidentally gets into the kidneys. Since lymphatic fluid contains white blood cells, it can turn urine into a milky white.

Remember: this condition is rare. The following, however, is incredibly common.

Vaginal inflammation, or vaginitis, is incredibly common and can occur to people of any age.

Why Does Vaginitis Affect Urine?

At first, it may not seem apparent why a vaginal infection would affect urine, since the vagina is not part of the urinary tract. So, why does this condition affect urination? It all has to do with what causes vaginitis.

Namely, this condition can be due to infections. Now, when the body detects an infection, it mounts an immune response, which includes creating extra white blood cells. Vaginitis can also result in unusual vaginal discharge. Both of these events may make things cloudy upon urination.

Vaginitis naturally only affects one sex. Although, people without vaginas are not exempt from sex-specific causes of cloudy urine…

Inflammation of the prostate, or prostatitis, can also result in unusual urination.

Why Does Prostatitis Affect Urine?

This condition may be due to infections, an immune disorder, or even an injury. Whatever the cause, the body may respond to prostatitis by releasing white blood cells. When these cells make their way into the urine, it can result in a distinctly cloudy look.

Retrograde ejaculation is the medical term for a condition that results in a “dry orgasm,” or an orgasm where fluid is not released.

Why Does Retrograde Ejaculation Affect Urine?

This condition results in a dry orgasm because semen that would have been released during orgasm backs up instead into the bladder. The semen is then released upon urination, giving urine a cloudy, milky color.

The following cause of cloudy urine is common, and it happens to virtually everyone at some point…

Why Does Dehydration Affect Urine?

One easy way to check if you are consuming enough fluids? Check your urine. Signs of adequate hydration include clear and light-colored urine. On the other hand, urine that is darker and/or cloudy can indicate that you’re dehydrated. It’s not just appearance that will change, either: dark and smelly urine can also indicate dehydration.

If dehydration is mild and not due to another condition, simply drinking more fluids should yield positive results.