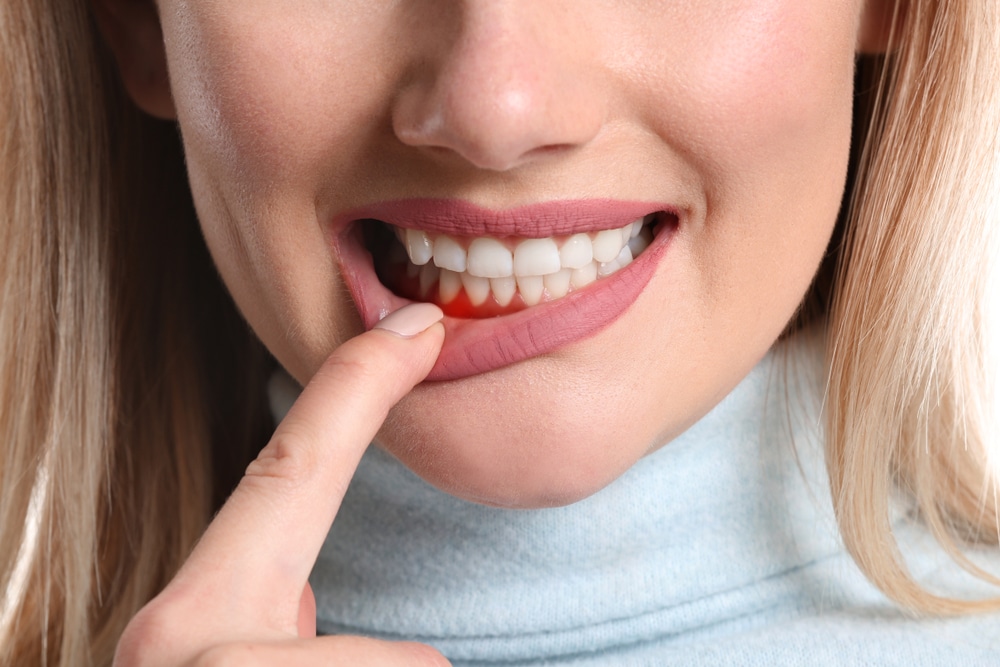 According to the CDC, periodontal disease is an oral health problem that afflicts 47.2% of the U.S. population ages 30 and older. This risk continues to rise as you grow older.

But, age is just one factor that can increase the risk of this condition, so it’s important to be aware.

Periodontal disease is like the mild, primary stage of gum disease that causes redness, irritation, and inflammation in the gums. Most cases of periodontitis stem from neglect or improper treatment of gingivitis.

This next cause of periodontal disease isn’t shocking either.

Bad oral hygiene habits like not brushing your teeth or flossing regularly, make it easier for oral health problems like halitosis, canker sores, tooth decay, and gum disease to develop.

The following cause is a habit most people have a hard time quitting.

The same effects certainly apply to the following habit, too.

Like smoking, excessive recreational use of drugs and other illegal substances can highly affect not just the gums but overall oral health.

Sometimes periodontal disease causes have something to do with hormones, as this next cause suggests.

Some women, especially those undergoing pregnancy or menopause, can suffer from gum disease due to hormonal changes. Such changes can make the gums more susceptible to plaque formations, swelling, and even bleeding.

This next one is already a massive problem in and of itself.

Inadequate nutrition is a leading cause of both gum disease and tooth decay. People who suffer from malnutrition and vitamin deficiencies like vitamin C tend to suffer gingivitis symptoms. Eating excessive amounts of junk food, on the other hand, is likewise bad for one’s oral health.

Eating in excess does quite a toll to your teeth, too.

Researchers from the Harvard School of Public Health have discovered that overweight and obese people are at an increased risk of developing gum disease because of the excess production of reactive oxygen species, resulting in inflammation and tissue degeneration.

Some causes of gum disease are, however, out of our control, as the following cause shows.

The American Dental Association strongly links one’s heredity to their risk of developing gum disease. If you have relatives who have suffered bouts of gingivitis and periodontitis at some point in their lives, your risk is likely higher.

And, as it turns out, some health remedies might actually do more harm than good, even when it comes to gum disease.

As strange as it might sound, medication can have an adverse effect on your gums and teeth. Taking certain medications like antidepressants, antihistamines, decongestants, and pain relievers might cause the mouth to dry up, which in turn can allow oral bacteria to multiply or cause the gums to recede.

Because the body is so interconnected, it’s no surprise this next risk factor can also impact your risk of developing gum disease.

Conditions that suppress the immune system, such as leukemia, HIV/AIDS, cancers, and certain diseases like diabetes and rheumatoid arthritis, can make someone prone to gum disease. These conditions can cause gum inflammation, particularly due to a weakened immune system.

Celeb Facts - Celebrities That Travel In Style On Private Jets