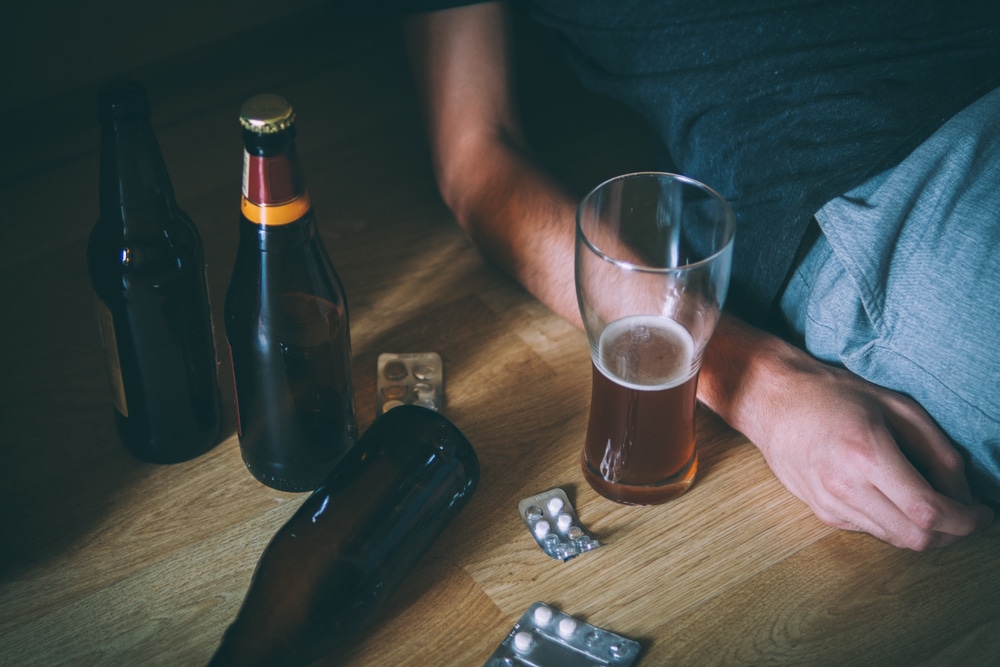 The age-old adage “Too much of a good thing is bad” applies perfectly to alcohol abuse, otherwise known as alcoholism. This disease causes about 3 million deaths annually worldwide and is considered a risk factor for many other diseases and injuries.

Alcohol abuse is characterized as drinking alcohol in excess. Keep in mind that it is a health disorder. There are, however, multiple alcoholism symptoms to be aware of when you treat the condition.

The more you drink, the more you become intoxicated or drunk. While most people don’t experience alcohol’s adverse effects immediately, being in a constant drunken state can put your health in danger, especially for alcohol poisoning.

As this next symptom of alcoholism shows, not everything gets better with time…

People who frequently drink, or even depend on alcohol to be social or “get through the day,” usually develop a higher tolerance to alcohol, which is both dangerous and a common sign of alcoholism. In turn, increased alcohol tolerance can create a stronger urge to drink more to achieve its effects again.

Alcoholism can be quite a slippery slope to climb.

Relapsing is one of the most critical factors in diagnosing someone with alcoholism. Quitting, or at least limiting one’s alcohol consumption, isn’t easy. Most people who attempt to reduce alcohol without medical assistance intake tend to be unsuccessful at doing so, which is why it is critical to always seek medical help when trying to quit drinking.

Indeed, becoming sober is a real bumpy road to tread.

One might experience withdrawal symptoms when detoxing from alcohol. Withdrawal can involve tremors, anxiety, insomnia, nausea, and sweating. Withdrawal should always be handled with medical assistance, as it can be lethal.

The daily grind also suffers as a result with alcohol abuse, as the following symptom shows.

Alcoholism can impact a person’s productivity, which can cause them to fail to fulfill obligations at work, school, or home. Other people even go as far as dropping work activities, hobbies, and other responsibilities.

Alcohol abuse can negatively impact a person’s relationships, especially their friends and family. This can often mean severed bonds and friendships, ruined marriages, and broken families.

Speaking of ruined marriages, this could also be an essential factor to it…

Experts note that low self-esteem among some alcoholics is common, especially males, impacting their sexual activities with their partners. Female alcoholics, on the other hand, tend to lose their sexual appetite faster as testosterone levels drop.

Beauty, and even grooming habits, start to fade, too, just like this upcoming symptom explains.

Some people suffering from alcoholism tend to neglect their appearances and general hygiene. This can look like disheveled hair, messy clothes, and bad overall personal hygiene. The skin, in particular, can start to look gray and dry.

Your mental skills typically become clouded with this condition, too.

Ultimately, alcoholism does more to your mental health than cloud your judgment, like this next symptom explains.

About 20% of alcoholics suffer from mental health problems, like anger, sadness, anxiety, and depression. Alcohol can also unfortunately exacerbate these symptoms.

And, alcohol abuse can get you into trouble, in more ways than one, which is a common symptom most people don’t think about.

Frequent drunkenness can get you into run-ins with the law. Driving under the influence, domestic and sexual violence, disorderly conduct, and even homicide can be the result of severe alcoholism. Some alcoholics exhibit destructive behavior, which can lead to such trouble with the law.