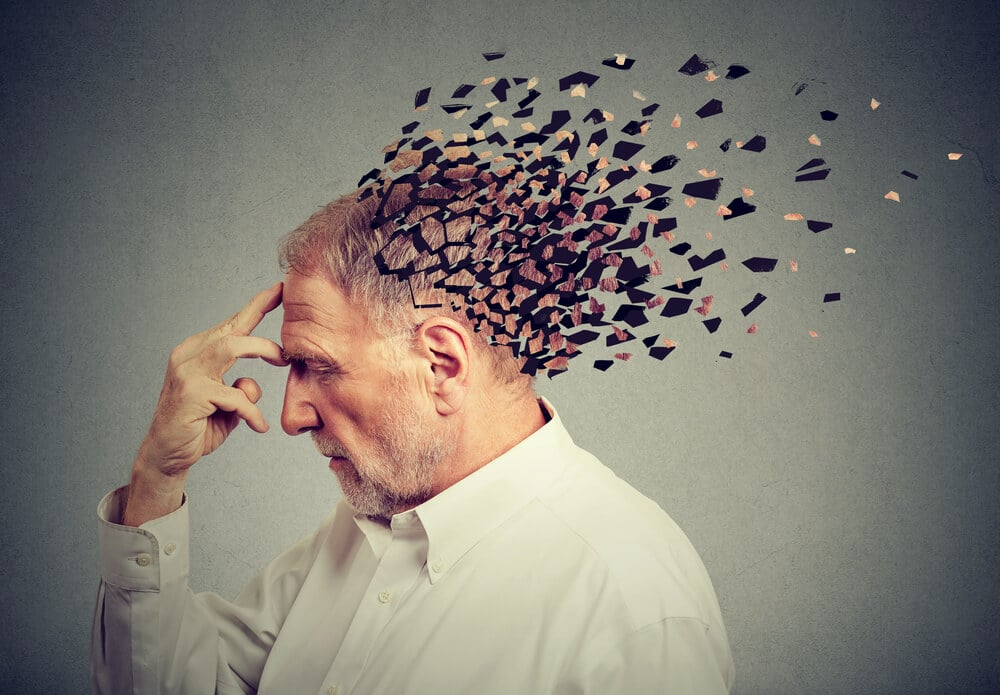 Extreme forgetfulness and memory loss in older people is typically referred to as dementia. Despite its severity, many people don’t know how to recognize common symptoms of dementia.

Spotting chronic memory problems early can minimize its effects, and some of the most common signs of dementia that warrant medical examination may include the following…

One of the single-most classic signs of dementia is extreme forgetfulness. Dementia can make even simple tasks difficult, which can have a strong, negative impact on the sufferer’s quality of life.

Some signs of dementia, for example, are asking the same question repeatedly and giving the same commands over and over. People who are struggling with early dementia may therefore rely heavily on memory aids (notes, cell phones) to help them with basic tasks.

People with dementia struggle to carry out a routine or fix problems when they arise. This dementia symptom can manifest in the inability to pay bills on time, difficulty maintaining a home, and struggling to plan or cook meals.

Unfortunately, when problem-solving skills take a hit, it can lead to some frustrating complications…

Another major sign of dementia is having difficulty completing tasks that were once routine. This can mean difficulty getting dressed in the morning, forgetting how to turn on the stove, or forgetting to lock the doors on the way out.

It’s not just old routines that become difficult, either; new tasks are incredibly difficult to tackle. While almost everyone struggles with a new task every once in a while, people with dementia suffer from this challenge frequently.

10. Confusion about Location and Time

The passage of time is a difficult concept for someone suffering from dementia. That is why some sufferers forget what year it is or even where they live. Memories from the past, like living in a different house or going to school, might resurface during this time.

When people suffer from dementia, they often have problems recognizing and analyzing contrasting colors and complex patterns. It may also be difficult for them to estimate speed or distance, which can result in difficulty driving or even walking.

Unfortunately, this next symptom can become increasingly more difficult as dementia progresses…

Another sign of early dementia is forgetting common words or phrases. Furthermore, people who suffer from dementia often find it difficult to concentrate and will therefore have shortened attention spans. All of these issues can result in language and communication problems, like “checking out” or forgetting names for common objects.

When someone has difficulty concentrating and remembering things, it’s quite common for them to experience the following tendency…

People who are suffering from the early signs of dementia often lose things and have difficulty retracing their steps. Many caregivers describe finding cordless telephones in the freezer, books in the washing machine, or clothes in filing cabinets. This symptom can cause a lot of distress for both the sufferer and their caregivers.

Of course, locating objects and possessions can be much more difficult if the following symptom develops…

Many people who suffer from early-stage dementia develop hoarding disorders, which can lead to messy rooms, eating rotten food, or social isolation. Hoarding is a serious sign that dementia has begun and perhaps even become serious.

The following symptom may be even more cause for concern…

Those suffering from dementia have difficulties with memory, communication, and problem-solving. So, it’s only natural that their ability to make sound judgments declines as the condition progresses.

Elder fraud is a common problem with dementia sufferers, as they are prime targets for con artists. For example, a sufferer may sign away their assets or give away money to smooth-talking relatives. They may also invite strangers into their homes, or make major decisions without consulting anyone.

Unfortunately, as the disease progresses, sufferers will have difficulty with the following, too…

People with dementia may neglect basic aspects of self-care, including hygiene. Dementia can also cause a mild form of depression, which can worsen these symptoms and make the person even less likely to care for themselves. In many cases, caregivers may find themselves forcing their loved ones to bathe.

Dementia can impact social situations, too…

People suffering from dementia often develop the tendency to isolate themselves. This social withdrawal is often connected to other symptoms of dementia, like being unable to remember friends’ or family members’ names.

Make it a point to incorporate social activities in sufferers’ lives—if they want them. The best way to go about this is to find out what level of social interaction they are most comfortable with.

A major sign of dementia is drastic mood changes. For example, if a person can’t remember where they placed a treasured item, they may become suspicious that other people in the house took it. Later, they may even start accusing others, becoming angry when denial of theft occurs—even when the theft really didn’t happen.

While all of the previously mentioned signs of dementia are difficult to live and deal with, the following is perhaps the most devastating consequence…

1. Not Recognizing Loved Ones

The final stages of dementia lead to the most devastating consequence of the condition: when someone cannot recognize the faces of loved ones. This symptom is hard for all involved and may result in the person with dementia lashing out in fear.

Seeing someone you love struggle with dementia is incredibly difficult. When this happens, there are a few things to keep in mind…

In isolation, the early signs of dementia may seem like a normal part of the aging process. After all, many people lose their keys or forget a name as they get older. When forgetfulness impedes daily living and appears with several other dementia signs at once, though, it is time to seek professional help.

Importantly, no matter if the dementia is treatable or not, early detection will always lead to the best possible outcome—whether that be full treatment or minimization and slowing the progression of the symptoms.