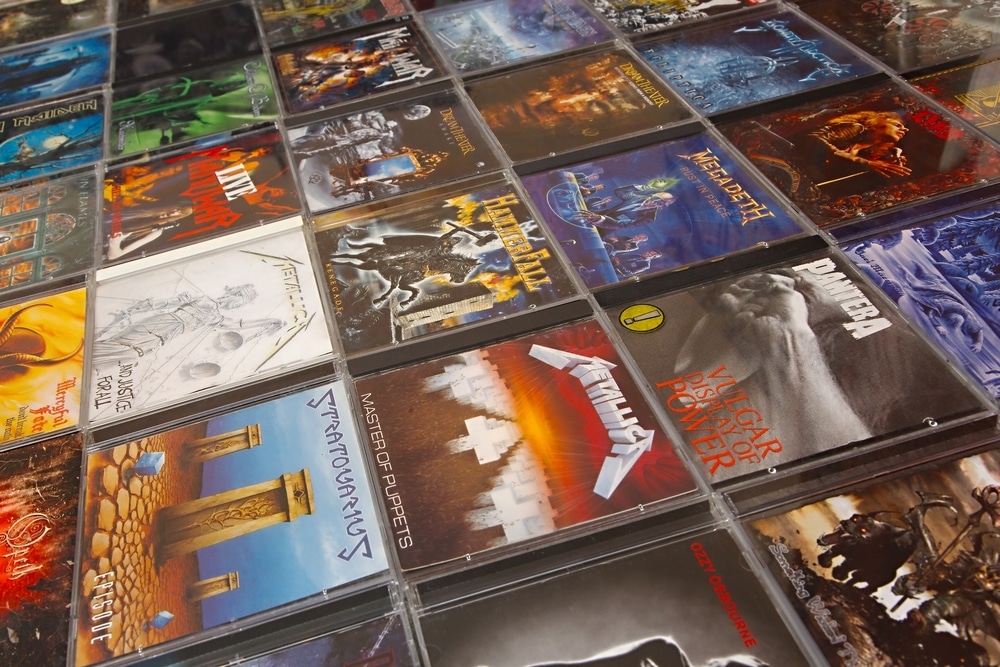 With access to limitless knowledge, people can search about any and everything! So, if you’re wondering how you can get rid of some of your things while getting a bang for your buck, keep reading!

Learn more about things that can get you hundreds, even thousands of dollars.

One thing you will never expect to bring dough are antique cookie jars. Take note, those that were made in the 1940s and 1950s cost the most.

When was the last time you got your family computers or that Sega Genesis you got for your 13th birthday? Right, you can’t even remember! Besides getting rid of clutter in your house, you get to do two things while you’re at it – get more money and make someone else happy!

Since the shutdown of BlockBuster, the price for VHS tapes have been on the rise and selling your tape collection won’t be hard.

You see, a lot of vintage items can be sold and knowing which ones can be sold with a hefty price tag comes in handy! The reason why these perfume bottles are expensive is how they were made. In the 19th century, perfume was everything and the bottles were a form of art for glass-blowers around the world.

Because retro has been making a comeback, tin lunch boxes from the past are coming along as well. Specifically, those that have rock bands, cartoon characters and icons such as Annie are the more expensive ones.

Before the age of digital advertising, brands relied on these “signs” to get their names out there. They would be put up on the side of the roads, buildings – think of them as smaller versions of billboards.

Today, these signs are considered as vintage collectibles and could give you hundred thousands of dollars!

With Apple releasing newer versions of their products almost every year, it makes a lot of sense that the first generation of iPods are considered collectibles. Although they wouldn’t be considered as antiques, they’ve been discontinued, they really reshaped the mobile audio device game.

For most of us, CDs aren’t that old and still have a collection of them. Since virtual streaming has been the thing lately, CDs faded but they are still worth a lot of cash. Even more than how much you paid for them!

Here’s a more popular one, old coins. Although a lot of people collect these, most of the population find them irritating and not worth the weight. However, you can actually get quite the pay for those rare ones and those that were made with a limit in mind.

Weathervanes are made to help you find out which direction the wind is blowing and are rarely seen nowadays unless you’re in the country.

Given that these aren’t popular anymore, the amount of effort put into making one is also a factor that helps increase its price.

Tiffany Lamps date back to the early 1900s. They are one of the most expensive and rarest creations by a company called Tiffany Studios. There is more to these lamps than just colored glass and identifying an original can be quite tricky.

Before you even think about how these lamps don’t go with your interior, don’t let them go just yet. Instead, cash them in!

You know those fancy porcelain dinner sets your relatives put in shelves? Those that you’ve never touched and most likely, will never do? Those can sell for hundreds, even thousands of dollars!

According to the prices on eBay, a Sharp Stereo Boombox sold for $3,000 dollars in August 2019 while a Ghetto Blaster Boombox at $8,250. Need we say more?

Before storage units, trunks were the most popular method of storing things which is why it does not come as a shock to us when we were told that these can sell for hundreds or thousands of dollars.

The catch though is how well-preserved your trunk is because given how commonly used it was, keeping them in mint condition can be pretty tough.

If you have gotten a typewriter as a family heirloom, then you are about to be seriously ballin’. These bad boys are one of the most notable relics of the pre-digital age and there are buyers out there who think that these cost a lot.

Very much like the Apple iPod First Generation, older cellphones are a gem and can bring home more bacon that you would expect. You can even sell this to their original maker to help them “better their hardware and services”.

Growing up in the ’90s, you have probably heard of Polly Pocket. If you haven’t, they are high-end toys that were as popular as the Tamagotchi. You can sell them at auction sites for a good deal, only the price depends on its condition and if the small parts are complete.

Rocking chairs date back to the 1700s and are made to help babies sleep but are also used for other purposes. These are usually found in living rooms and porches – having one that is still in great condition can get you hundreds of dollars.

Film is making its way back and Polaroid is one of the biggest names out there. Although the film itself for this type of cameras can cost you quite a lot, having a Polaroid camera in working condition can get you hundreds of dollars while having one in mint condition can rake in thousands!