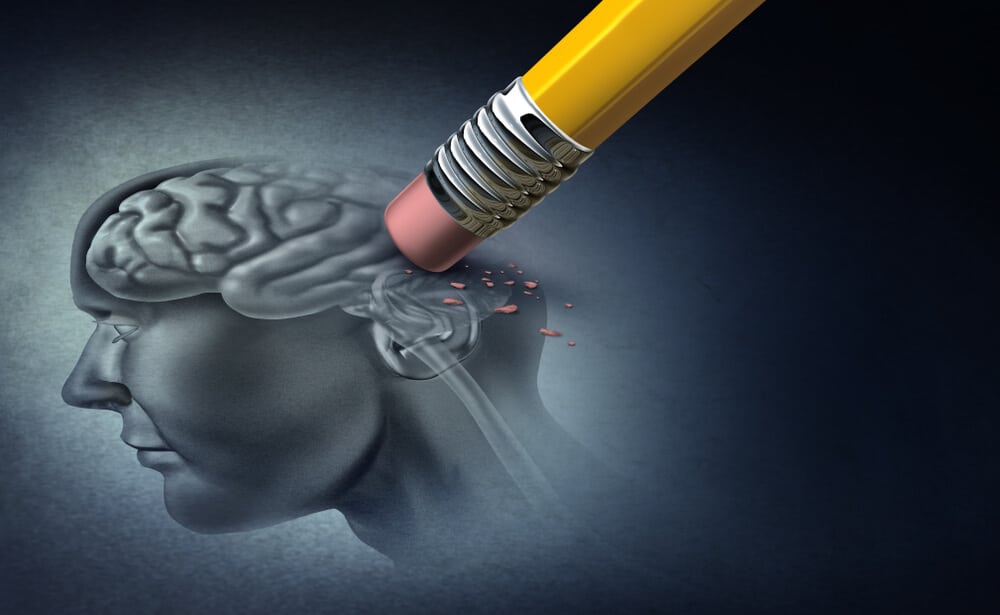 Every year there are up to 10 million new cases of dementia worldwide. Contrary to popular belief, dementia is not a specific disease, but rather a collection of conditions that impair cognitive and social functions. Dementia makes daily functioning much harder by reducing memory, cognitive abilities, and the ability to navigate social situations.

Dementia can be caused by anything ranging from genetic conditions all the way to lifestyle choices. Some of these causes can be changed by altering how we live our lives while other causes can only be mitigated with medication and treatments.

Our genetics make up a large portion of our health. Namely, there are conditions that are inherited directly from family members and others that have only a higher risk; dementia is no exception. Specifically, the risk for dementia runs in families, which means that having relatives with this condition can increase a person’s odds of developing it during their lifetime as well.

Why Genetics Increases the Risk of Dementia

Genetics can be a sure marker for a higher risk, but it is not definite. Some people with relatives who have dementia go their whole lives without encountering the condition, after all. Certain conditions that are passed down in families, like Gerstmann-Sträussler-Scheinker syndrome and Huntington’s disease, however, are closely associated with a higher dementia risk.

Another risk factor that can not be changed is our age…

Our health problems tend to compound on top of each other as we age; many of these health problems are directly linked to a growing risk for dementia. This is especially true for people who age to 65 and beyond.

Why Age Increases the Risk of Dementia

As we age, we tend to face growing health concerns. These concerns can include diseases that can cause dementia. That all means that conditions like Alzheimer’s disease, vascular dementia, and other conditions become much more serious risks past age 65. Other risk factors like diet, exercise, and sleep problems become more pronounced at this age, too. Again, all of these factors increase dementia risk.

A specific condition with direct links to dementia is Down syndrome…

Also known as Down’s syndrome, this condition is a genetic disorder that causes developmental and intellectual delays. In addition to a high dementia risk, Down syndrome causes a distinctive facial appearance, and is related to heart and thyroid health problems.

Why Down Syndrome Increases the Risk of Dementia

Down syndrome is caused by extra genetic material on the 21st chromosome in our DNA. While Alzheimer’s disease usually doesn’t set in until old age, in people with Down syndrome it starts to develop in middle age. This leads to a much earlier onset of dementia.

Atherosclerosis is the buildup of fatty acids and cholesterol in the veins. This plaque lowers the body’s ability to pump blood and can contribute to a person’s risk of dementia.

Why Atherosclerosis Increases the Risk of Dementia

This condition contributes to an increased risk of dementia for two reasons. The first is that it highly increases the risk of vascular dementia, which is caused by an insufficient supply of blood reaching the brain. The second comes with a recent discovery that the plaque formed by atherosclerosis is itself associated with a higher dementia risk.

Diabetes is a serious risk factor for dementia. In other words, this condition has a wide range of health impacts and there are several causes of dementia on that list. Thankfully, with adequate treatment, diabetes can be brought under control.

Why Diabetes Increases the Risk of Dementia

While diabetes does not directly cause this condition, it contributes to several of the other causes for dementia, including atherosclerosis, Alzheimer’s disease, stroke, and vascular dementia. Taking care of diabetes is therefore vital to making sure that these secondary conditions don’t start to appear.

While we’ve covered dementia causes that are largely out of our control, there are a few causes that you can start to change today…

5. Lack of Proper Diet and Exercise

Diet and exercise are the core of all good health; there’s really no health condition that can’t be improved with a quality exercise plan and improvements to your diet. While there is no direct connection between diet, exercise, and dementia, improving these factors does lower your overall risk.

Why Poor Diet and No Exercise Increases the Risk of Dementia

A lack of exercise raises your risk for some of the heart conditions that can lead to vascular dementia, such as atherosclerosis and stroke. There is also evidence that plant-based diets and Mediterranean diets have a lower incidence of dementia compared to people who eat diets high in red meat and processed foods.

Alcohol use has wide-ranging impacts on our overall health. Drinking too much and/or too regularly can lead to everything from poor heart health to alcoholism. How much alcohol a person drinks is also linked into their overall risk of dementia.

Why Alcohol Use Increases the Risk of Dementia

There is evidence that shows people who drink large amounts of alcohol have a higher risk of dementia. Specifically, drinking too much alcohol increases both the risk of dementia as well as the risk of dementia-causing conditions like poor heart health. Other research, though, shows that moderate drinking actually lowers dementia risk; however, this research is inconclusive.

It’s no secret that smoking is bad for your health. Over the years, researchers have connected smoking to several negative health outcomes, ranging from lung disease to cancer to dementia.

Why Smoking Increases the Risk of Dementia

Smoking is linked to atherosclerosis and other vascular diseases, which are known risk factors for dementia. Smoking can also lower a person’s ability to exercise, be linked to higher alcohol use, and tie into other negative health outcomes that all also raise the risk for dementia. No matter which way you look at it, quitting smoking is the right move for your health.

Getting the vitamins, minerals, and other nutrients we need is vital for our health. That means that adequate nutrition can help with every health outcome, including the risk factors for dementia.

Why Poor Nutrition Increases the Risk of Dementia

Recent research has linked dementia to a shortage for some vital nutrients. Low levels of vitamin D, B-6, B-12, and folate, for instance, have all been linked to a higher risk of dementia. While the exact relationship hasn’t been made clear, making sure your body gets enough nutrients is a clear good move for your overall health, including your risk of dementia.

One of the sneakiest risk factors for dementia? It’s wrapped up in your sleep cycle…

Sleep apnea is a condition marked by frequent starts and stops of breathing while sleeping. This condition is more common in overweight individuals and men, and it can be mild or a serious health concern. It also plays a role in dementia.

Why Sleep Apnea Increases the Risk of Dementia

Severe sleep apnea can lead to cognitive impairment and memory loss. When the brain doesn’t get enough oxygen, individuals can experience memory loss and other risks that are associated with dementia. Taking care of sleep apnea can thereby help lower the risk of dementia.

Dementia is a serious health concern, but thankfully there are steps you can take to lower your risk.

Since dementia isn’t a singular health condition, but rather a collection of several conditions happening at once, lowering your risk factors is complicated. This means that there are some risk factors that can’t be changed like our genetics, but also plenty that can be like diet, quitting smoking, and treating related health problems like poor heart health. These tips can get you started lowering your risk of dementia. Your doctor can also help you fine-tune a plan to lower your risk of dementia.