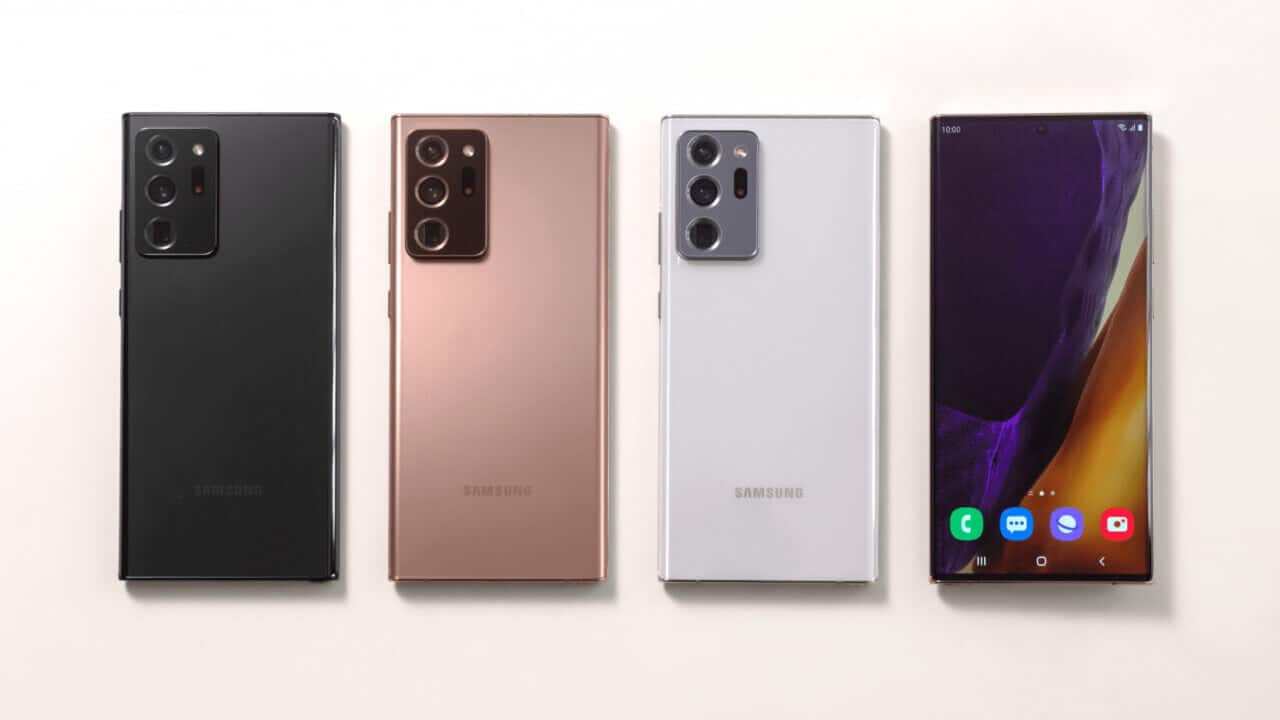 Not just any smart device will do. Samsung understands that, which is why the company is releasing the new Samsung Note 20 and Samsung Note 20 Ultra. These devices not only run smoothly, but offer a host of added goodies for every techie out there.

Samsung’s upcoming Galaxy Note 20 5G is a fantastic smartphone for those who like huge screens. Its screen comes in at 6.7 inches with a resolution of 2,400×1080, which runs at 60Hz. Underneath the screen is a fingerprint sensor, which allows users to unlock the phone by simply touching the screen.

All in all, this setup will please both the aspiring photographer and selfie lover alike.

Inside is the Snapdragon 865 Plus processor, meaning it comes with the latest tech in terms of power; it is paired with 8GB of RAM, which should meet the needs of most people. The battery is 4,300 mAh and can be charged at 25 watts when using a wire or at 15 watts wirelessly.

The operating system is Android 10 (which is the latest) with One UI 2.0, which is Samsung’s own user interface on top-of-stock Androids. For storage, the Note 20 has 128GB which is enough for plenty of photos, videos, apps, games, music, and movies. Lastly, 5G is supported for super fast data speeds.

Both phones have the same processor, albeit the Ultra does have 12GB of RAM rather than just 8GB. There is also an option of having 512GB of storage instead of 128GB. This storage is also expandable via a microSD card.

In terms of cameras, the wide angle camera is 108 megapixels, the 5x telephoto camera is 12-megapixels and zooms in without losing image quality, and the ultra-wide camera is 12-megapixels. The Ultra’s total zoom reaches 50x, and it too can record in 8k resolution. Laser auto-focus is also featured on the Note 20 Ultra’s camera setup. Finally, on the front is the same 10-megapixel selfie camera.

Both have the same charging rates and run Android 10 with One UI 2.0, and the battery of the Ultra is slightly larger coming in at 4,500 mAh.

Unlike other smartphones, both the Galaxy Note 20 and Galaxy 20 Ultra feature the S Pen stylus. This stylus has many useful features, such as being able to handwrite on the screen and then turning what has been written into a text message or a PowerPoint presentation.

Another feature of the S Pen includes being able to take selfies without as much worry over dropping the phone. When taking selfies alone or with friends, all that has to be done is for the phone to be held out with one hand while using the other to press the button on the S Pen to take the picture.