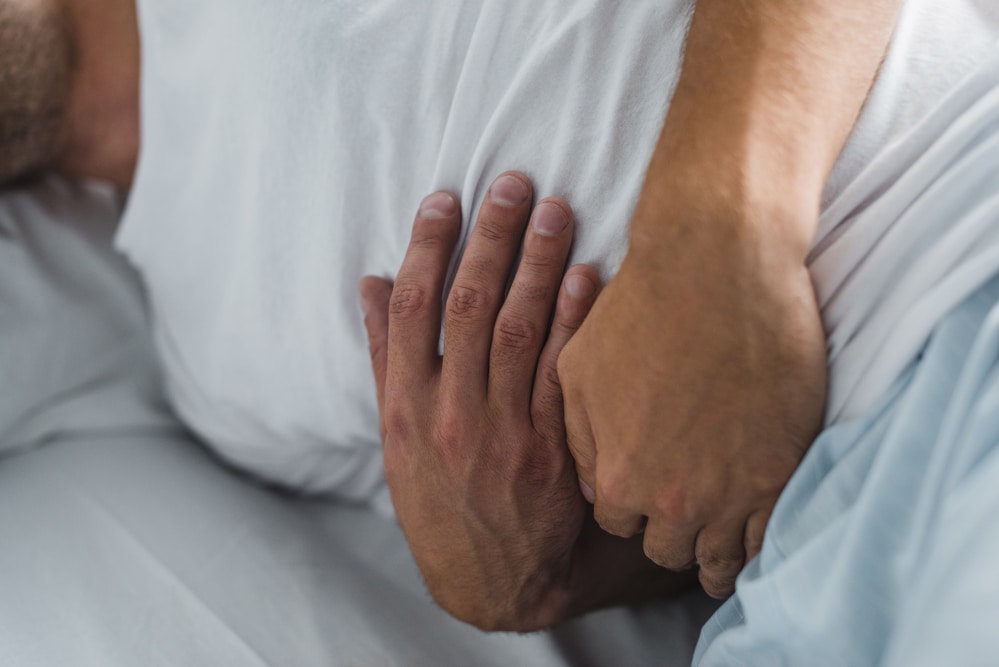 Leaky gut syndrome is a digestive disorder that is said to affect the intestinal wall lining. What does this mean? Having a permeable gut lining allows partially digested food, toxins, and bacteria to penetrate the tissues and bloodstream.

While it’s not a diagnosis officially recognized by most doctors, it pays to be on the lookout for the following symptoms…

Since we are talking about digestive conditions, naturally, the first noticeable signs of a leaky gut are the constant bouts of stomach troubles such as diarrhea, constipation, and bloating. Sometimes, these also tend to occur during the morning.

Ever felt low like your phone battery after a workday?

People with leaky gut syndrome usually report feeling low on energy or totally exhausted. It could be due to the food not being absorbed properly, no matter how healthy it can be, which leaves the body lacking the nutrients it needs to function.

It can be quite an absolute banger in the head…

According to Australian osteopath Dr. Helen Frederikson, these occasional headaches/migraines result from a hyperactive immune response by the dysbiosis of the gut’s microbiota and the leaky gut syndrome.

That dysbiosis is also responsible for…

But it goes beyond the guts…

Various skin conditions such as acne, eczema, psoriasis, and rashes are not out of place in a patient with a leaky gut. These are also linked to bacteria and toxins coming from the gut, causing inflammation to manifest on the skin.

Going about your day with leaky gut syndrome can be a real knocker, especially when joint pains start to kick in. This happens due to bacteria leaking from the gut seeping into the joints’ synovial fluid, causing considerable pain and inflammation.

In the long run, it starts to interfere with the body’s nutrition…

Having a leaky gut can eventually leave your body sorely wanting many nutrients such as iron, magnesium, and vitamin B12. This explains the fatigue mentioned earlier and other things like anemia, neuropathies, and body pain.

You’ll also find yourself having a sweet tooth…

Cravings arise from the body being unable to digest and absorb food properly, which is the case for those who have leaky gut syndrome, often leaving them snacking on some nutty, cream-filled chocolate donuts or a toasty cheeseburger pizza.

If mobility was hard enough, get a load of this…

But it doesn’t stop there…

Mental health problems like depression, anxiety, and even ADHD are observed among people with leaky gut syndrome. Like cognitive problems, these can also be attributed to chronic gut inflammation affecting brain functions.

Celeb Facts - These Celebrities Are Secret Gamers By Night