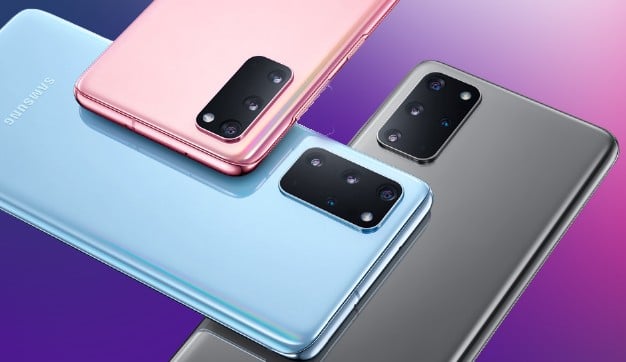 2020 is the year of the smartphone. With new styles and innovative tech, industry giants like Google, Samsung, and LG are pulling out all the stops this year with their smartphone lineup. The devices that stand out the most this year include the Pixel 5, LG Velvet, Galaxy Note 20, and the Galaxy Note S20.

Keep reading to learn more about what makes these devices stand apart from the competition (and how to score major deals on them).

The newest Pixel from Google is here. Instead of features like a high-end processor and face unlock system like the Google Pixel 4 has, this new Pixel is simpler, consisting of the core features of an Android phone. Moreover, the Google Pixel 5 is less expensive than the latest releases from Apple and Samsung, making it an attractive option for those on tighter budgets.

The Pixel 5 is $699, meaning it costs $100 less than the Pixel 4. Even better, there are several deals currently available for this phone.

Notable features include the following:

Other details about this phone include:

The first thing you’ll notice about the LG Velvet phone is how it strays from this electronic giant’s typical business model. Namely, every LG phone before this one has launched as part of an established series of devices. The Velvet, however, is a standalone model that shows the company’s willingness to experiment.

Velvet keeps things simple. The MSRP is $599 to buy it outright, making it one of the cheapest devices with 5G connectivity. The rest of the specs are also quite favorable when you compare them to other phones in this price range. That being said, the Velvet won’t be going toe to toe with the more expensive flagship models anytime soon.

One of the best deals on the LG Velvet comes from AT&T. You can get the phone for just $10 a month when you sign up for a new line. The payments last for 30 months and you must also remain in a contract with them for the duration of the installments. However, getting the Velvet for just $300 is a steal.

If you don’t want to switch to AT&T, you can always wait for one of the common annual sale days. Events such as Black Friday, Cyber Monday, and Amazon Prime Day are all great opportunities to snag any phone on the cheap. You can also have a retailer email you whenever the Velvet goes on sale; you can find this option on the product page of most online vendors.

Here’s all the basics that you need to know:

Not just any smart device will do. Samsung understands that, which is why the company is releasing the new Samsung Note 20 and Samsung Note 20 Ultra. These devices not only run smoothly, but offer a host of added goodies for every techie out there.

This phone is made for selfie lovers and aspiring photographers alike.

Unlike other smartphones, both the Galaxy Note 20 and Galaxy 20 Ultra feature the S Pen stylus. This stylus has many useful features, such as being able to handwrite on the screen and then turning what has been written into a text message or a PowerPoint presentation. Users can also use the stylus to take selfies.

The S20 series include earlier flagship models from this tech giant.

One of the main selling points of the S20 lineup? Its 100x zoom capability on the S20 Ultra.

Other technical features of the Note S20’s cameras include:

Specs of the S20 Ultra’s cameras include: